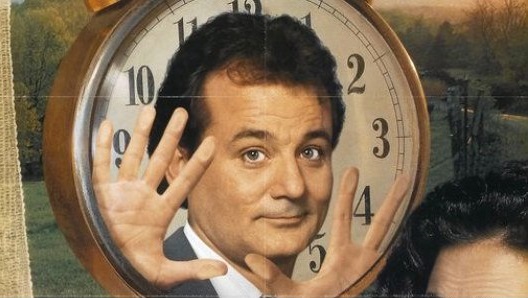 In keeping with the theme of do and redo that permeates the world of corporate scientology, LA Org ED’s are shouting from the rooftops that they are “going St Hill Size”?

They have apparently (and conveniently) forgotten they did this already, back in the 90’s, and with much ballyhoo. And that they sold people on joining to “get their OT levels” because they are St Hill Size and “per 339R we have a Universe Corps” (even though they never had one).

So typical of Kool Aid drinkers. They have selective memory.

This announcement is as silly as Obama holding a press conference and announcing: “We are going to put a man on the moon by the end of the decade….” He would be laughed off the podium. Problem is in scientology nobody dares say anything “critical” about announcements like this no matter how ridiculous they are.

And big news, they got a commercial ice machine for the Purif… In the $10 million they spent to re-re-redo the “Ideal PAC Bridge” I guess they didn’t think of getting an ice machine, but I bet they have custom cabinetry and marble sinks.

But give credit where credit is due. At least Melanie and Chel (sisters?) are NOT just asking for money or pitching “increase your status”, they are actually talking about some services. It’s a rare thing these days.

Date: Tue, 29 Jul 2014 From: Claire Taylor <taylor8008@taybros.com>Subject: LA ORG is going ST Hill Size NOW!You may not have heard yet but we are finalizing what “must be done” to go St Hill Size and earn the Universe Corp for all staff by Auditors Day 21 September!!August is therefore a VERY key month. We have put together a calendar if events, packed with topics your selectees will be interested in. All free events of course.Our Purification Rundown continues to deliver to an almost full house and we added a third person to our delivery team, a commercial ice machine for cold water and drinks in the sauna and everyone is winning there like crazy!Our SRD is doing highest ever hours delivered week after week so if your public need a twin call us!! We have lots!We are still the only org delivering the Way To Happiness Seminar every Sunday 9 am to 6 pm. And the Advanced Personal Efficiency course (given to those who did the PE) every week night and weekend. That’s a 2 1/2 hour service from the Fundamentals of Thought, which is also in a video format with a Seminarist. It’s amazing!!! Send us anyone you know for these seminars!The Dianetics Seminar and Co Audit continue week after week.Turn in a selection slip this week and better yet, bring your person in and get them going!! They can keep moving between major services in the Golden Age of Knowledge Course room where Corky Landers supervises with Martha Rubio.Your help is needed to achieve this history making target!! Let’s do this!ML, Melanie Lekas ED LAF and Chel Stith ED LAD