I have known Mike Eldredge since December 1975 when he and his wife Penny were the first two new recruits to arrive at Flag in Clearwater. At the time the location was still confidential and they had not been told where they were going until they were given tickets at the airport. They were excited to be at Flag, but a little disappointed as they had only come from Miami! Mike went on to become a cramming officer, auditor and C/S who worked on many projects directly for LRH. I did a few Missions with him at various times. This write up only touches upon his history and experience. Perhaps he will decide to write more in the future.

He recently sent this letter to David Miscavige and others.

It is good to have another very knowledgable person contributing to the effort to end the abuses in the RCS. 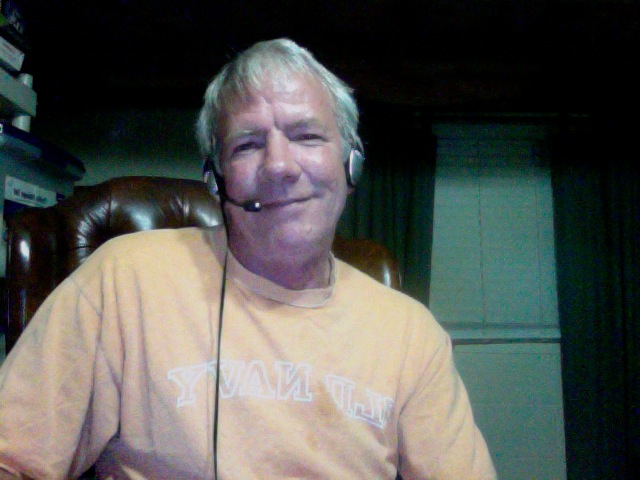 ON BEHALF OF L. RON HUBBARD

My name is Mike Eldredge. I became a Scientologist in 1974. I joined the Sea Organization December 10th 1975 and served for 18 years. I am OT VII, a Class IX C/S, Commodores Messenger, founding member of ASI and RTC, I have studied the entire OEC, DSEC and a multitude  of other minor courses.

Those to whom this writing is specifically directed know who I am. More to the point this writing is directed to David Miscavige, Norman Starkey, Ray Mithoff,  Marc Yager, Mark Ingber, Terri Gamboa, Lyman Spurlock,  Greg Wilhere,  Shelly Miscavige, Marion Pouw, the staff and Trustees of CST, RTC, CSI, WDC and GOLD Base. In essence everyone I worked with closely at the base.

Over the last couple of months I have tried in vain to  meaningfully communicate with all of the above persons specifically named. I have been absent from Scn lines for 20 years at this point, thinking mistakenly that the above very capable people would have things well in hand and that Scientology would be expanding.  No, I don’t watch commercial TV, read “newspapers” or “surf the net” in hopes of finding out about Scn. I am a Scientologist and I have better things to do with my time and what I have been doing for the last 20 years is not the subject of this writing, I have always made it known to anyone who wanted to know what I did for a job, where I lived, my email address and my phone number.

Why am I saying something now? Simple, I tried to disseminate to a person over the internet by simply saying to them look it up on the net. Their reaction to this statement, after a couple of minutes was “They really do that?”. Well of course I had to investigate what was meant by “that”. ( I won’t bother to try to explain what “that” is, look it up on the net). Since that time I have spoken to a number of people that I have known for almost 40 years, some less, as to what has been going on, excluding people who are currently working in the church as apparently the only comm line is through Marion Pouw. Recently I had a comm cycle with Marion via e-mail where I laid out my plans to visit relatives in Fla. stating that it would be a opportunity to communicate in person with ANY of the above named individuals still working in the church. Knowing that at least one of them would be at Flag I went by for a visit. What I was greeted with was the Security Chief who stated to me that I was unwelcome there because I was “connected to SPs”. I left.  It was certainly no way to treat a friend  and that being the case I definitely know where I stand.

Some of the people I have talked to have alluded to my “not understanding” or “you would have had to have been there”. Such utterances are a precursor to justification of one’s irresponsibility . Not one of the conversations I have had with anyone have I heard someone say that they even attempted to use actual Scientology to solve the problem, apparently it is only used as a convenience and has all been relegated to “background data” or it is a product that is sold but not actually used by the people that are selling it.

I know that LRH cared about  each and every one of you , as I do too, as well as the rest of humanity. He never claimed to be anything other than who he was. He simply shared his discovery of something meaningful that could better living  conditions and one’s self determinism. A workable system of technology and administration of it.

Since LRH isn’t here to say anything about it all, I figured I would, since he was my employer and friend for a number of years and I know that before he died he went to great lengths to insure that certain people were given responsibilities  and trusts to be carried out. Some of these were lifetime appointments, that’s how much he trusted these people. If he showed up today what would he say? What would he do? Maybe he would ask if his instructions had been carried out in his 27 year absence .

Lets reflect on some things that could have been accomplished at a personal level in 27 years. Even if you only studied 2 1/2 hours a day ( 24,637. 5 hours). Is that enough time to complete training through Cl XII, OEC, DSEC? (maybe even Super Power and …..). Could one have progressed up the Grade Chart to maybe OT X?

Well if you haven’t made it that far after 27 years (even though it is a requisite for some of you to study 2 1/2 hours a day to even continue to hold corporate office), then one can safely assume that you have been doing something else (i.e.: NOT SCIENTOLOGY). Yet these are things public Scientologists pay a great  deal of money for being able to do full time while you on the other hand can do them for free because you have unlimited access to the technology and people who are actually skilled at doing and training people to do and yes it is part of the daily work schedule .

Now if one were to be standing next to another person while that other person was committing a felony act, one would think that the right thing to do would be to actually, maybe, possibly….. say something about it? Maybe do something about? Have them arrested? (Since witnessing a felony and doing nothing about it is legally viewed as becoming an accessory to a crime).  From what I have gathered in my recent investigation this is a sort of grey area.

Well, just so it becomes abundantly clear, ( and please forgive me as I don’t have the entire OEC here with me for a reference I can exactly quote). There is an HCOPL that specifically states DON’T DO ANYTHING ILLEGAL. This should be a self evident policy but apparently it had to actually be printed as an HCOPL as some people just didn’t understand, and this is a policy that is pretty prevalent in life outside the SO.

In the SO it is expected that one is able and willing and it is ones duty to put period to Out-Ethics, Tech and Admin and yes this actually applies to EVERYONE. The principles outlined in the various policies and codes are not written for just some people in the SO and when one is confronted with a seemingly awesome class A uniformed individual who is blatantly breaking the law one is expected to act and put period to the action and then see that Scientology Technology is applied to the situation. An individual dramatizing their case on post is a crime as outlined in the HCOPL, in case anyone has forgotten thi). It is not a signal that a new pilot RD is in the works or that this is the new cool way to handle ones subordinates and should be copied by all those witnessing this “new found technique “.

So if you have not achieved complete movement up the Grade Chart and essential training levels in both Tech and Admin in a 27 year time span then you need only look in the mirror to find out who has been stopping you. The reasons for no case gain are not very many, either you aren’t doing it at all or committing continuous PT Overts, or doing something else and calling it Standard Tech.

I don’t recall a single reference in any HCOB, BTB,  BPL, FO, LRH ED, LRH dispatch, PAB, HCO Info Letter, HCOPL or LRH Book that says that physical violence , imprisonment, kidnapping are part of any operating procedure in Scientology and especially as an “Ethics Handling”. However , my recent investigation into “what the hell is going on” has shown me that not only has it occurred  repeatedly it is being promoted and continued as a “standard” handling in the lives of Scientologists as I write this.

Treason is too high a condition for you all. The future of Scientology WAS in your hands, it no longer is.