From one of our Swedish Special Correspondents. He took a trip to the hinterlands of Stockholm on Saturday afternoon to check out the 47X expansion in his area of the world.

I will try to tell you my observations of Scientology’s unprecedented expansion in my corner of the World.

When I studied medicine in the early 80s you could always see Scientologists selling Dianetics or that Protection-against-radiation-book at Stockholm Central Station. The Church of Scientology had an Org in Central Stockholm. Than they dissappeared, I don’t know when but it was many years ago I think.

This summer my family heard a rumour that the Church of Scientology had re-established itself in an office- and industrial area called Kungens Kurva, South of Stockholm.

It was confirmed with a Google search so this last weekend I went to see the Org, and I had expected at least a display window with books and stuff, but not… 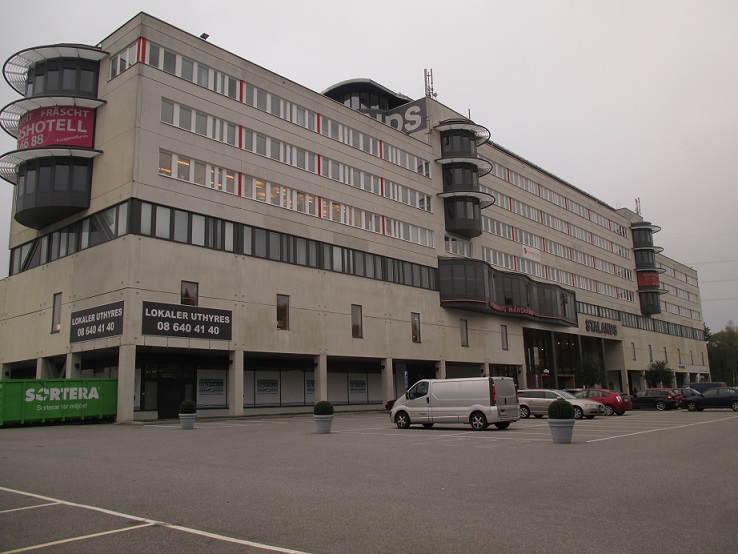 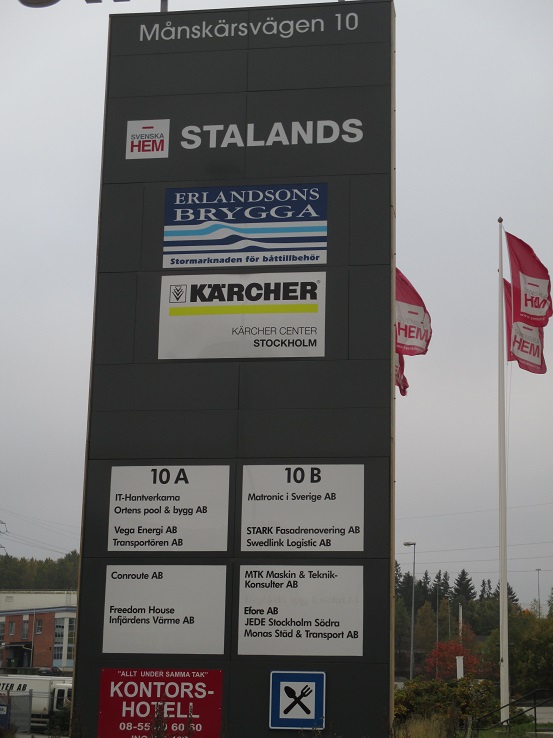 This is the locked entrance door. 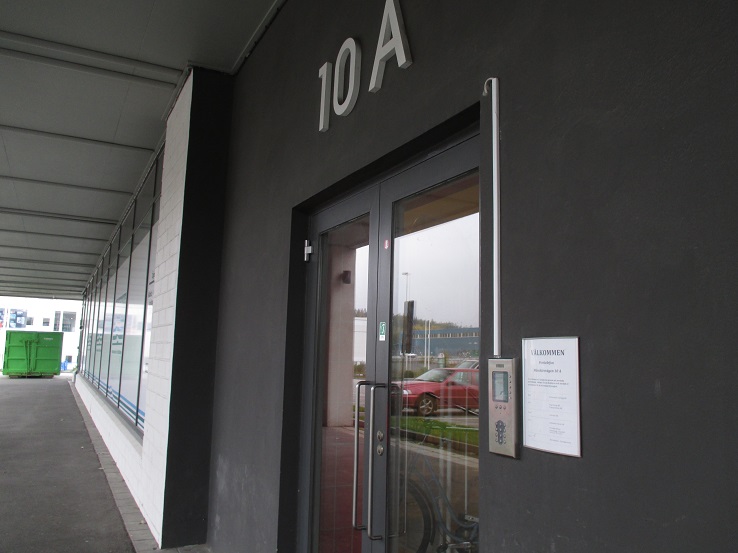 Here is the sign nect to the door and the intercomm buzzer to be let into the lobby and the elevators. 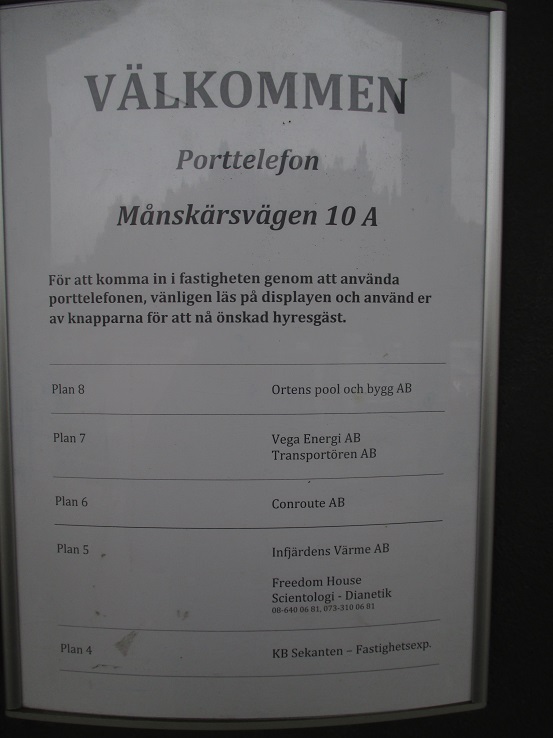 Not so impressive. I tried to reach the correct floor by entering the shop part of the building but the elevator and the stairs were locked, and I didn’t want to call the telephone number to ask.

Clearly, the massive international expansion is not happening in the capital of a major European nation.

And certainly not anywhere in the US.

Must all be happening in those areas where there are NO orgs and missions.

So I wonder what it is that is expanding?

Reported in The Times of Joburg.

A couple of notes about this story.

Ernest and Gaye Corbett were for many, many years, leading lights in the South African scientology community. They gave enormous amounts of money to the church and they and their family members were major supporters of all church programs. The Joburg 18 fiasco set the wheels in motion for this lawsuit.

Alex Faust, the former (now disgraced) “CO CMO Africa” had ruled the roost in Joburg as the “most senior officer” in the Continent.  He had been “untouchable.” He would have been smart not to involve himself in regging — but these days it is a requirement of every post in scientology.  He ended up in a jam, and went crying (literally) to the Corbett’s to help him out to “cover” the money he had already reported “uplines”.  Of course, they didn’t think he would lie to them about returning the money….

It will be interesting to see how this plays out.

The article is reprinted below.

Said Faust: “It was Cooke and not the [church] who was party to an agreement of loan and who undertook at that time an obligation to repay the plaintiffs.” File photo

The Church of Scientology South Africa has been hit with a R5.8-million lawsuit by two former members, who allegedly coughed up millions for the church over the past 40 years.

Wealthy Johannesburg couple Gaye, 66 and Ernest Corbett, 70, are behind one of the country’s top residential and commercial property development companies, Century Property Developments, whose portfolio includes the luxurious Waterfall Estate in Gauteng and the five-star Tintswalo Safari Lodge bordering the Kruger National Park.

The couple, who live in Midrand, has taken their former church to the high court in Johannesburg demanding it repay R 5 850 000 they claim they loaned it seven years ago. They also want interest, which will bring the figure closer to R 16-million. The amount, they say, was to allow the church to buy a former Durban hotel for its activities.

In court papers, the Corbetts claim that church director Alex Faust negotiated the oral loan agreement in October 2007, promising that the church would repay the amount by the end of the following month.

November passed without a cent being paid back, but the Corbetts had agreed not to sue the church as long as they were members.

But, by the end of October 2013, the couple left the church, opening the door for them to sue. In May, they issued summons demanding the capital amount, together with interest at the rate of 15.5% per annum, dating back to December 2007.

In September, the church, registered as a non-profit company, defended the lawsuit, denying it owed the Corbetts a cent.

The matter is set to return to court next year.

In the church’s replying papers, Faust denied being party to any loan agreement. Rather, he said, the Corbetts, or one of the entities in which they have an interest, lent approximately R5-million to church member Peter Cooke.

“It was Cooke and not the [church], who was party to an agreement of loan and who undertook at that time, an obligation to repay the plaintiffs,” Faust said.

And, while Faust admits the money was paid into the account of the attorneys dealing with the transfer of the Durban property, he denies this meant the loan was for the church.

Besides, even if such a loan had been made, the debt would have prescribed by now, Faust said.

He added that the couple’s claim “lacks a foundation in fact” and they should be hit with a punitive costs order.

The Corbetts, on the advice of their lawyer, refused to comment on the case, but in a letter published in November 2013 on a blog, the Corbetts claim that during their over 40 years as church members, certain of their fellow members, including Faust, were “constantly hammering and begging for money”.

Spokesperson for the church, Gaetane Asselin, refused to comment on the case.