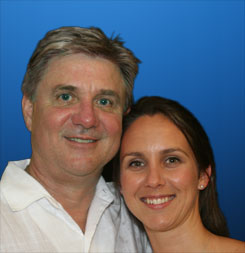 I was raised a Scientologist from the age of 6 and finally escaped the organization when I was 52.

By the age of fifteen I had traveled from Australia with the rest of my family to scientology founder L. Ron Hubbard’s home in England twice. The first time in 1966 and then again in 1969. Both occasions were for them to participate in advanced scientology courses and auditing (the scientology term for counseling) only available at Hubbard’s international headquarters. They were very dedicated and committed scientologists, and that is how I was raised.

Shortly after I graduated high school in April 1973 I joined the Sea Organization (Sea Org). This is the dedicated core of scientology, Sea Org members sign a billion year commitment to forward the aims of scientology and live communally with other Sea Org members, pretty much out of touch with the outside world. In October 1973 I was aboard the Hubbard’s ship Apollo (hence the name Sea Organization) and met him for the first time.

Hubbard to scientologists is the closest thing to God. His word is taken as literal truth, not to be interpreted, only to be understood and followed exactly.

I remained in the Sea Org until 2007 when I finally decided there was no way I could change the culture of violence and abuse that had become endemic under the “leadership” of David Miscavige.  Miscavige had taken over following the death of Hubbard in 1986. While Hubbard had been unpredictable, sometimes cruel and harsh and other times humorous and compassionate, Miscavige was exclusively cruel and harsh. He had seized power and held onto it ruthlessly.

When I decided to escape the Sea Org I confronted a terrible choice – leave my wife of 31 years and two children born into the Sea Org (one in Clearwater Florida at “Flag” the “spiritual headquarters of scientology” and the other at the international scientology base called “Gold” near Hemet, California) or continue to facilitate the abuses of Miscavige.  After many years of anguished thought about the alternatives, I finally decided that things were not going to get better and to cut my losses by leaving.

During my time in the Sea Org I held numerous positions (or “posts”), many of them very senior. I sat on the Board of Directors of Church of Scientology International until the day I made my escape.

Representing Scientology in the Office of Special Affairs

In 1981 I began what would become a lengthy history working in and leading the Office of Special Affairs. This is the department of scientology devoted to dealing with external facing matters, including media and public relations, legal and government relations, and dealing with the so-called enemies of scientology. I appeared on numerous TV shows and was quoted in dozens of newspaper and magazine stories. I dealt with governments and law enforcement agencies around the world. I oversaw a great deal of scientology litigation. And I directed the destruction of those deemed “enemies” of scientology.

I studied a large part of the voluminous output of scientology founder L. Ron Hubbard, especially his so-called “Administrative Technology”. I also studied everything he had to say about how to destroy enemies, win litigation, deal with the media and run a spy network. I trained to be a scientology “auditor.” Few people have had the wide exposure to so much of Hubbard’s writings as there is a good deal of it which is deemed confidential.

Since I first spoke out to the then St Petersburg Times in 2009, I have done all I could to bring about change to end the abuses within scientology.  I have done dozens of media interviews and appeared in HBO’s Going Clear and the 3 seasons of Leah Remini: Scientology and the Aftermath.  I have traveled to Australia, England and Ireland to speak out about scientology abuses.

Scientology hooks people with the promise of making them better. It claims it will wake you up and make you happier and more able to communicate with the world around you. In practice it accomplishes the polar opposite.  Scientologists are cut off from observation and told what to think. It is a gradual process, but eventually scientologists become convinced they are the only people on earth who understand what is going on, that anyone who questions or doubts them is an “enemy of mankind” and that hurting people or destroying their lives is justified as being for the “greater good.” It is a hard bubble to break free from, but more and more people are doing so and less and less are becoming entrapped in the first place.

I have a daughter (Taryn) and a son (Benjamin) with my ex-wife Cathy who remain in the Sea Org. Cathy and I divorced after I escaped. My children disconnected from me as did my brother, sister and members of their family. My father (an “OT VIII”) was deceased long before I left the SO. My mother (also an OT VIII) disconnected from me,  and I was told by others (not my family) that she had passed on in late 2013.

I now live in Palm Harbor, Florida with my wife Christie, her son Shane and our son Jack, born in April 2012.