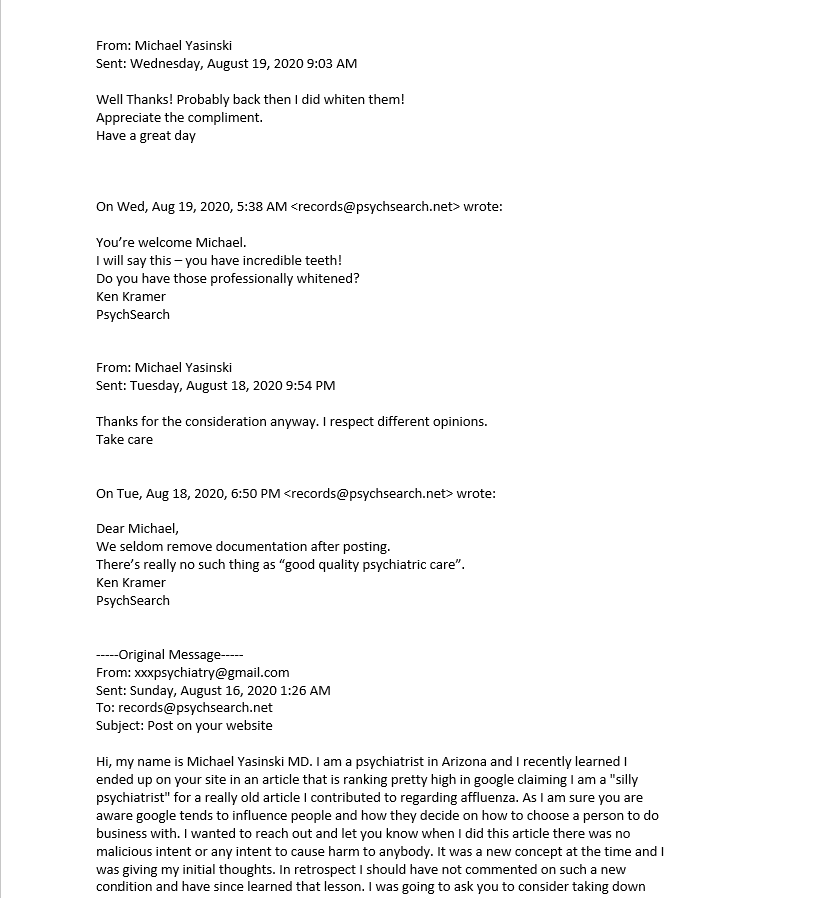 Ken Cramer apparently thinks he is really cool. So proud of himself that he sent this out as an email to his "supporters" to prove how causative he is over psychs and their new "attack method" -- being polite! Someone with his cult mindset can turn ANYTHING into an "attack" by "the psychs." Honestly, Cramer is such a smarmy 1.1 Joker and Degrader he gives scientologists a bad name. And that's not an easy task. He's the driver of a broken down clown car of fools and he seems to think he is cruising down the autobahn at 200 mph behind the wheel of a Bugatti. But that being said, I … END_OF_DOCUMENT_TOKEN_TO_BE_REPLACED