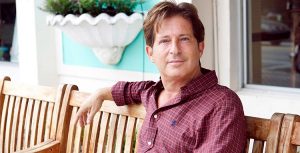 I  Leah and I welcomed Dr. Brian Sheen onto the Fair Game Podcast this week. I have known Brian since the days of the Apollo, when he was training to be the senior Case Supervisor for the Advanced Org in the UK. He led an interesting life in the scientology world outside the Sea Org, including in a mission and as a WISE business consultant. He had an experience with Flag that ended his involvement in scientology and went on to get a PhD, but because his former wife and daughter were still in scientology, never spoke out about Scientology. The story of how he came to be declared … END_OF_DOCUMENT_TOKEN_TO_BE_REPLACED 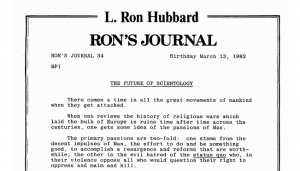 I came across this issue from 1982 the other day. It contains an interesting paragraph: All you have to do is look at where Scientology was in terms of numbers of orgs and missions even a few years back and where it is now to know. All you have to do is count the additional countries using it year by year. All you have to do is count the memberships of the Churches. And you know conclusively that while the enemy goes down, whatever the bombast, Scientology is going UP. "Ron" clearly offers 3 ways of measuring the success of scientology. The number of orgs and missions. The number of … END_OF_DOCUMENT_TOKEN_TO_BE_REPLACED

More weirdness from inside the bubble. The language of scientology often reveals so much. "Raw books"? She means books sold to "raw" public. Hubbard called the "wogs" (non-scientologists), "raw meat." Not being educated in scientology qualifies them as "raw," like untouched, as in raw materials. And they are "meat" like "flesh" because they are not yet aware of being a thetan. It is a derisive term, though less so than "wog" -- but whether more or less derisive, the real point is what it reveals about how scientologists view the world. There are scientologists, and then there are … END_OF_DOCUMENT_TOKEN_TO_BE_REPLACED 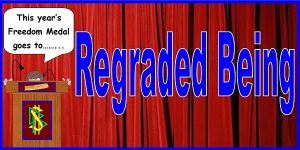 RB is off for two weeks visiting family. Gives us an opportunity to bring back a couple of golden oldies.... … END_OF_DOCUMENT_TOKEN_TO_BE_REPLACED 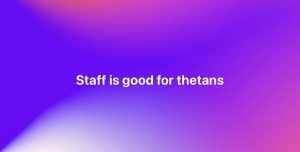 The shrinking world of scientology.... These days, about the only hope they have of getting new people to join staff or the Sea Org is if they are the children of scientologist parents. Rarely are the "successes" about staff from anyone else, unless it is an old person who says they’ve been on staff for 40 years and are still hoping to make it to Clear. We have had a number of people who were not scientologists recruited for "ideal orgs" with the promise of a job, pay and accommodations that have ended up being helped by the Aftermath Foundation. Typically they have not … END_OF_DOCUMENT_TOKEN_TO_BE_REPLACED 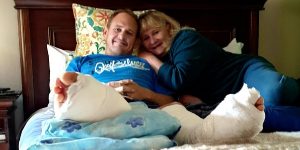 When Mike so graciously agreed to share our plight regarding the situation with my son and the tragic accident that happened on the 5th May 2021, [A Mother's Urgent Plea for Help] I was absolutely blown away with the number of folks who readily stepped up to help.  There was so much outpouring of support, love, donations, loans and well-wishes at a time we desperately needed help, and I was quite at a loss for words as to how I was going to adequately express my gratitude to everyone. While I concentrated on the immediate task at hand (getting my son out of “hell” and … END_OF_DOCUMENT_TOKEN_TO_BE_REPLACED 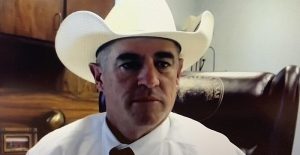 What an enormous pleasure it was to speak to the Sheriff of Tom Green County, Texas, Nick Hanna. He recounted the incredible story of his work (and that of many others) in discovering, investigating and prosecuting the criminal activities and abuses in a compound of the Fundamentalist Latter Day Saints on a ranch (the YFZ Ranch "Yearning For Zion") in the small town of Eldorado Texas in 2003. It is a perfect example of how law enforcement and the court system got it right with a religious organization abusing its members, especially children. A bit of background: Tom Green … END_OF_DOCUMENT_TOKEN_TO_BE_REPLACED 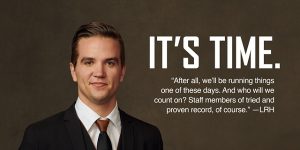 This is another of those Hubbard statements that is accepted as fact because it makes those in the bubble feel good. He said this 50 or more years ago. They have never approached running anything at all, and today are even further away than they were when this statement was made. But the loyal sheeple repeat it as if it is true and is going to happen. Because everything Hubbard says is true. Sacramento, the seat of Government of the largest economic state in the nation, remains a small and failing org, despite the fact they got a new building a decade or so ago. They, like all the … END_OF_DOCUMENT_TOKEN_TO_BE_REPLACED 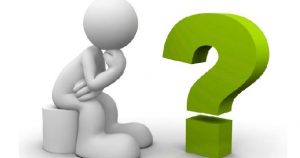 Tony posted this video on his blog on Wednesday: There are a couple of things I wanted to note about it. First, Lyle talks about becoming the HAS Chicago back in 1974. I went on Mission to Chicago in January 1976 based on an evaluation by Hubbard "EUS Ups and Downs" and extracted two people from the tiny org to be sent to Flag for executive training. Lyle was one of them. She says she was staff member #9 in Chicago (that tells you how small the place was in 1974 -- there were probably a dozen staff there when I arrived) and she was the second ED (as I recall, the ED was Dave … END_OF_DOCUMENT_TOKEN_TO_BE_REPLACED