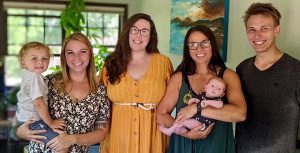 Natalie Webster is an old friend who originally contacted me when her daughter, Shelby, was in training at Flag.  She wrote the below as a response to Cindy and I asked her if I could post it as I felt it deserved more attention than it would get if it was a comment responding to someone on an earlier post. I asked her to send me some photos too! She overkilled these shots of happy family! She also wanted to make the following point, in addition to the comment response which follows: One point I really want to make is that there is life after the Sea Org and Scientology. A good life. I … END_OF_DOCUMENT_TOKEN_TO_BE_REPLACED