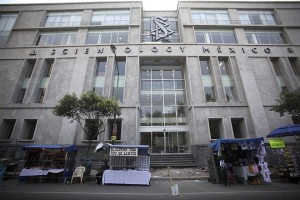 AN OVERVIEW OF SCIENTOLOGY IN LATIN AMERICA  by:  Special Correspondent. I just happened to visit Mexico City and here is some information about  the Scientology scene in this country.  As a background Mexico City has 21.2 million people. Per a report from March 2012, a Dianetics spokeperson claimed 5,300 followers in the City alone. You can arrive at your own conclusions as far as the straight up and vertical expansion. Mexico City has several Organizations – ODD, ITD, ACD, IFA and Centro Cultural Latino Americano. They are known as Organizations because despite various requests, the … END_OF_DOCUMENT_TOKEN_TO_BE_REPLACED