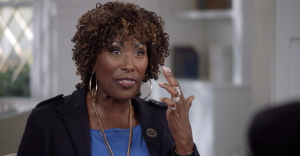 This week we welcome Acting Captain of the SFO Police Department, and survivor of Jim Jones People's Temple, Yulanda Williams. Yulanda has an incredible story that was only touched upon briefly in her appearance in the final regular episode of The Aftermath Season 3 Episode 13 Church and State. I will post a link here as soon as it's available:   Yulanda's parents joined Jim Jones's People's Temple when she was young, and she eventually ended up in Guyana, where Jones told his followers he was creating the utopian society. Her story of how her family became involved and … END_OF_DOCUMENT_TOKEN_TO_BE_REPLACED

@ExposingHate8 @LeahRemini @MikeRinder OK, now how’s your cult network rankings? Viewership ratings are so low they don’t even register. Your cult pays $4M/year for this waste, your course fees at work!

What's astronomical is the number of allegations of abuse against David Miscavige and the "church" of Scientology. Check out @MikeRinder and @LeahRemini podcast "Scientology: Fair Game" to hear the first-hand accounts of those who have endured this abuse. Or the @AftermathFdn. https://twitter.com/Scientology/status/1485142797435170819