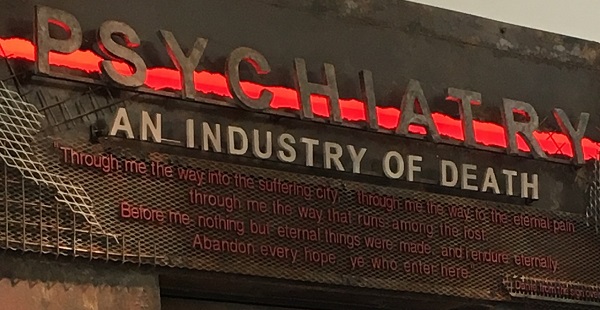 Scientology is often criticized by those who claim it practices medicine without a license. They protest this heavily, claiming they do NOT treat or cure illnesses. Of course, in the scientology world, mental illness is NOT an illness. It is just a bunch of false labels used to persuade people to buy drugs (kind of like scientology is a bunch of false information used to get people to buy scientology)... In scientology, being prescribed a "psych drug" makes you an "illegal pc" ineligible for auditing (though plenty of illegal pc's have been persuaded to hand over money, only to later be … END_OF_DOCUMENT_TOKEN_TO_BE_REPLACED