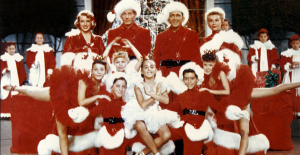 They claim the AO in Joburg is part of their drive to do help bring about Ron's prediction that the next great civilization on earth will spring from Southern Africa. Of course, these words are taken as literal truth, though they were clearly just an attempt to ingratiate himself as he was in S. Africa at the time, just like his pronouncements about the wonderful job the apartheid government was doing (though he may well have believed that). What is so corny about this is that they present this idea that they are building the next great civilization on earth with a straight … END_OF_DOCUMENT_TOKEN_TO_BE_REPLACED