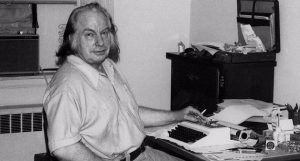 Back in the days when Ron was still occupying his meat body, he encouraged people to write to him. He proclaimed many times -- "all mail addressed to me shall be received by me." This was what he called the "SO #1 Line." Here is just one example of him pitching this: Even as late as 1982, when he was in hiding, he was still pushing this, and making a point that some SP ("now blown") had implied he was not seeing the letters sent to him. "I almost wept." This is all bs. He never read or answered these letters. In fact, he said the REAL reason for the "SO #1" line is a … END_OF_DOCUMENT_TOKEN_TO_BE_REPLACED