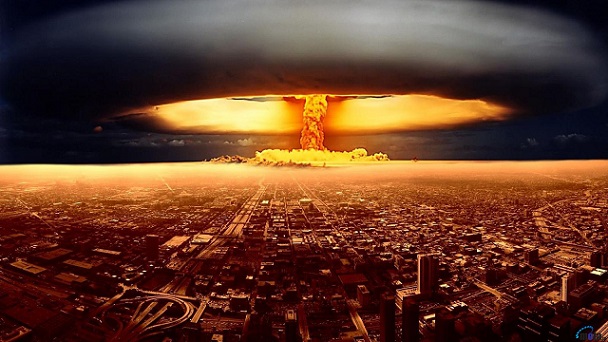 Delusion within the fundamentalist church of scientology is the order of the day.  Usually the stories of the astonishing power of scientologists to shape world events is talked about on the “grapevine” or maybe mentioned on Facebook or in personal emails. But here is a communication from the most senior scientology official in Europe, feeding fiction to the sheeple as you must believe it fact.

At least Walter Kotric has an excuse for his horrendous spelling and grammar.  Though if he is going to send messages out in english he should get an english speaker to edit and proofread them before doing so.

Amazing how these sort of things become legendary “truths.”

What is also interesting is that he quotes this supposed LRH telex (a telex from 1979 remains a hallowed unchangeable policy because it is signed by “Ron” though highly unlikely to have been written by him, but that does not matter) and then proceeds to tell them to do something else — ie “get donations for WTH booklets.” And he appears not to even notice. In church terms, he just “cross-ordered LRH” by changing what Ron said to do by adding getting donations which has nothing to do with delivery of services. Just like the story he told about how Munich staff were off with signs at the NATO airfield and “Ron” told them they were doing the wrong thing — they should ONLY be delivering, he then proceeds to tell his charges to get donations for WTH booklets.

How do these people, who have in theory studied the Data Series, become SOOOO illogical?

But he does have Exclamation Tech down.

Of course, the really batshit crazy stuff  is the very large, smelly elephant in the middle of the room — that somehow Munich org averted World War III by auditing and training .0001% of the population of their city (nobody in Russia or Afghanistan….).

Fundamentalist Scientologists brought down the Berlin Wall and prevented a nuclear holocaust. Just like fundamentalist christians through their prayers to God brought retribution to the gays in the form of AIDs.

These people are wackjobs.

This is a short message I want to give you about what is happening right now in the Ukraine. And of course the Crimea.

I start with a story: When the Russian army marched into Afghanistan in 1979 the West and the US went up to the 2nd last level of alert and got ready for World War III.

Near Munich there is a military NATO airfield and 800 airplanes where on the runway with running engines. The pilot was sitting in the plane and constantly new fuel was fed to the plane. Under more then 80% of the planes atomic bombs were mounted and everyone who saw that had a total panicky feeling that this is going to be the end of the world.

All of Munich Org demonstrated with several 1000 citizens of Munich outside this airfield. The Banners said: “Don’t go to war!” Don’t drop the bombs!” “Refuse any insane orders!” etc.

Our ED reported this to LRH and LRH the next day replied and said this is not the way to handle a situation like that.

Here is an excerpt of this telex:
“You are to immediately engage in a maximum effort to delivery every penny’s work of service you have ever been APd for and deliver it with excellent tech so there is not one dime of refund. Get any help from any tech people in your org or area and keep qual actions going to make sure.
Continue meanwhile standard promo and sales and delivery actions. DO NOT quibble with this order. ACT. Your Org’s future depends on it.
ACT NOW. Love = RON”

That week we did a highest ever of auditing hours in Munich Org and lo and behold all planes disappeared from the airfield. All Atomic bombs went back into the underground storage places where they belong. Also all other orgs in EUROPE did a highest ever and we all had a win.

Planet Earth started to breath again. Several 100 PC’s were very VGI’s from all the good service they got. Many wife’s and girlfriends stopped crying as they didn’t have to worry about their husbands or boyfriends, that could have gone into a useless but most likely very terrible war and die for nothing.

So what’s the morale of the story? Start to deliver like never before, get every auditor who can audit in session. Have highest ever delivery. Get every public on course. Get donations regged for the WAY TO HAPPINGESS booklets and distribute it to everyone who needs it which is everyone in the Ukraine and Russia.

If in doubt lets do what LRH says should be done. It worked then it will work again!!!!!!!!

We are the only ones who have the tech to sort this out so use it to the hilt.

Over to you and lets have some roaring delivery!!!!!!!!