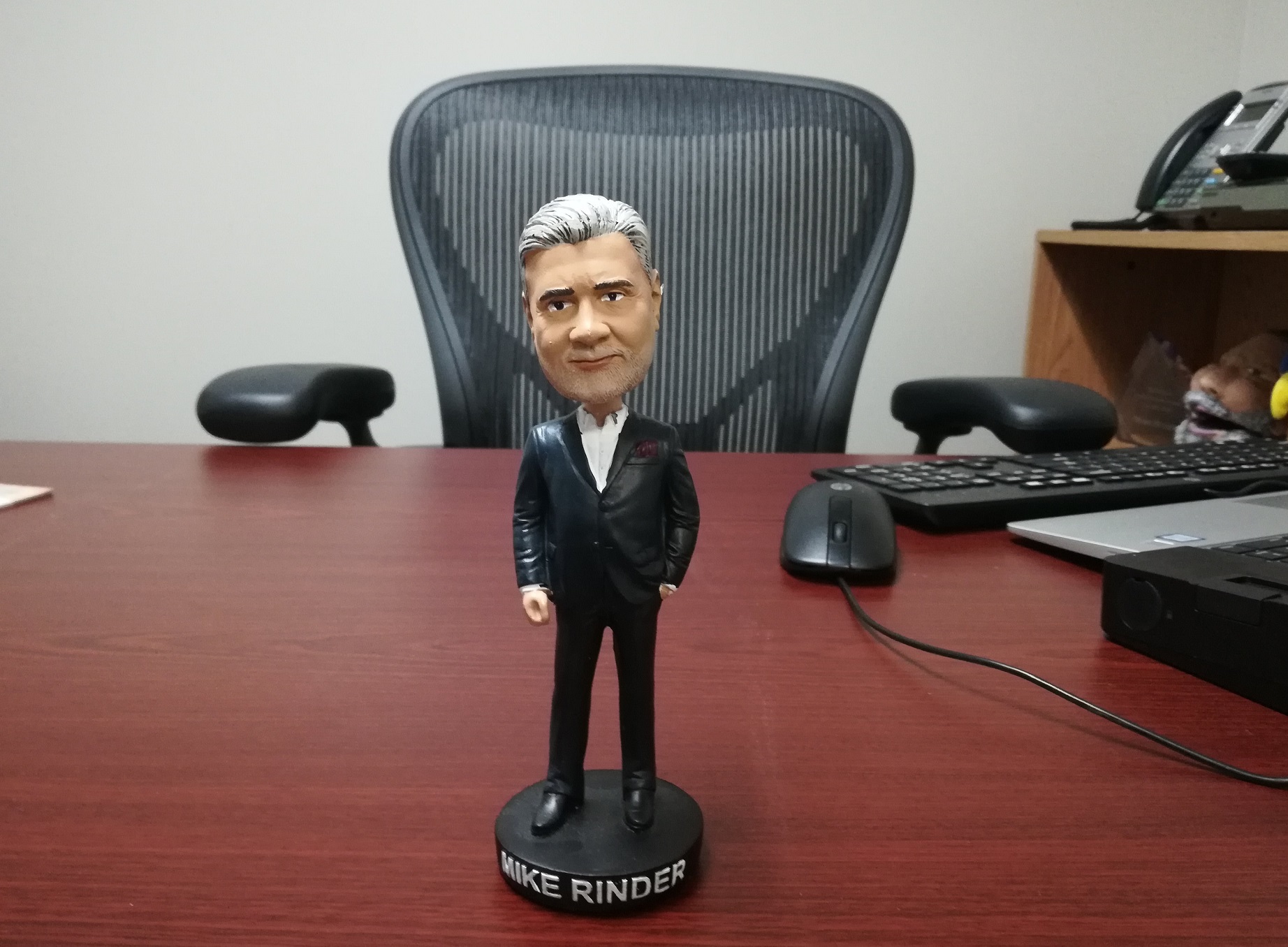 Mark Bunker was sworn in to the Clearwater City Council seat 2 on Monday. There is a public ceremony being held in City Hall on Thursday evening.

This is his new desk.

And his first visitor.

Mark tells me Bobblerinder will be a permanent fixture at his desk. It is quite an honor.