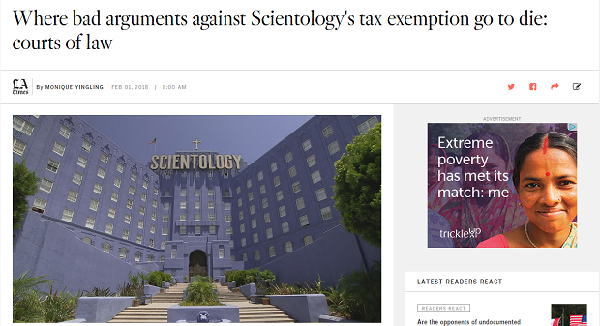 Clearly, David Miscavige is feeling the mounting pressure on his most cherished treasure: tax exempt status bestowed on scientology by the IRS in 1993. It takes considerable effort to get a letter published about a relatively obscure subject in a major paper like the LA Times. It is apparently a response to an op-ed piece that ran last November. 3 months of work to get this miserable piece of misleading propaganda to run... Monique "Muffins" Yingling makes a rare appearance to argue on behalf of Miscavige.  She has been as out of sight as the COB himself since her fateful appearance on 20/20 … END_OF_DOCUMENT_TOKEN_TO_BE_REPLACED