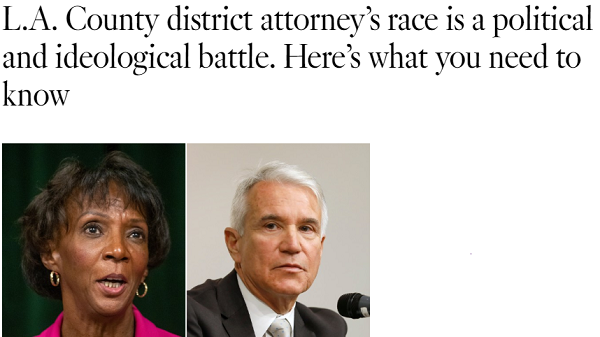 The election for the District Attorney of LA County is on "Super Tuesday" (tomorrow, 3 March). This is not something I would normally write about, but the actions of Jackie Lacey have concerned me for some time -- since I was first contacted by the victims of Danny Masterson. Leah and I have been personally involved trying to help these women get justice and have witnessed the frustration of Jackie Lacey sitting on the proposed prosecution of the crimes without rejecting or filing charges. She has left the case and Masterson's victims in limbo. It is the coward's way out -- if a … END_OF_DOCUMENT_TOKEN_TO_BE_REPLACED

What does #scientology really think about God —right from the horse’s mouth. It’s not what they try to tell the world in order to seem normal. https://www.mikerindersblog.org/scientology-vs-god/