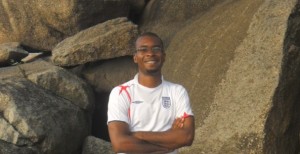 Following is a report from our Special Correspondent in Western Africa.    My Story by ‘Emeke Amanze My adventure in Scientology began in January 2002 when I came across a Dianetics flier. Within hours of receiving the flier, I located Lagos, Nigeria msn, bought DMSMH, and read it. It made a lot of sense, and I became a frequent visitor to the msn. In August 2004, I joined staff at the msn. I was the only staff, so I wore the hat of PES. My duties were primarily to disseminate Dianetics by distributing promos, and selling Book one to raw public. I also doubled as the receptionist and handled … END_OF_DOCUMENT_TOKEN_TO_BE_REPLACED