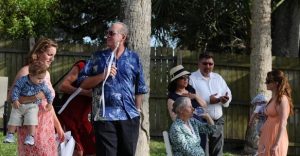 Dave Richards was one of a kind, and a giant among friends. Tony Ortega did a post about him on Thursday thanks to Dave's great friend Ron Miscavige Snr. I could not process the grief and bring myself to write anything coherent, so I am a couple of days late. But the delay only represents the shattering of my world when I heard the news of his passing. The only small saving grace was that he died peacefully in his sleep. But that made it even more shocking as there was no warning. I met Dave on the Apollo in 1973. He was one of the really good ones. He was the Dissem Aide … END_OF_DOCUMENT_TOKEN_TO_BE_REPLACED

Don't miss the premiere of People Puzzler with @LeahRemini TONIGHT on @GameShowNetwork! https://people.com/tv/people-puzzler-game-show-network-leah-remini-host-premiere/?utm_campaign=peoplemagazine&utm_content=manual&utm_medium=social&utm_source=twitter.com&utm_term=60020a043496bb000134fced

Another incisive piece deconstructing the hypocrisy and insanity of #scientology

Berny Jacques is a good friend of mine. Please email and call Gov. DeSantis & and say you want him to appoint BERNY JACQUES for State Attorney for the 6th Circuit, which includes Clearwater, FL — [email protected] - (850) 717-9337

Binge listening to this podcast. Every episode blows my mind. Keep doing what your doing @LeahRemini and @MikeRinder and everyone advocating for those who still can't escape. #Scientologyfairgame

@mattforde @johnmcternan @LeahRemini @hayu_uk @MikeRinder @johnsweeneyroar I’m not in their doco but I do make an appearance on Mike and Leah’s wonderful podcast. It’s called Fair Game (like my book). Well worth a listen. Thanks for the endorsement John!