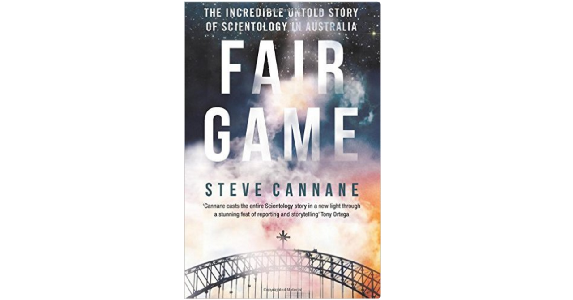 I highly recommend it as a very well written and researched account of scientology’s history and a revealing expose of newly disclosed and little known information. Steve had earlier commented that I had prompted him to embark on this exercise when I had mentioned the important role Australia had played in the history of scientology — from the first government inquiry and ban to the Australian High Court decision defining religion and the precedent setting role of Australian media unintimidated by scientology’s threats. And the personalities who had had pivotal roles, from Yvonne Jentzsch and family to Jan Eastgate and Senator Nick Xenophon to James Packer and Rupert Murdoch and sons.

His book is oriented around the history of scientology in Australia — but don’t let that fool you into thinking it does not have much greater relevance in the overall narrative about scientology and its place in the world.

Steve managed to find and interview some fascinating sources for his book, uncover some heretofore unknown information and he reveals behind the scenes information that paints a broader picture of scientology.

I will not do a traditional review of the book other than to say I found it compelling reading, accurate and enlightening.

But I will describe some of the things that are contained in the book that I feel are especially important.

There is much more. Read it and I think you will agree it is an important addition to the story of scientology.