The desperation is oozing out of the bubble as scientology becomes more frantic trying to salvage their dismal PR in the eyes of the world. Because they don't actually DO anything good that is newsworthy, they resort to sending out paid press releases to try to get some coverage.  Within the bubble, they blame the lack of media coverage on the "Chaos Merchants" run by SPs -- of course they are not going to cover the good works of scientology! They are blind to two obvious contradictions -- you can find plenty of stories by those same chaos merchants about the Red Cross or Salvation Army or … END_OF_DOCUMENT_TOKEN_TO_BE_REPLACED 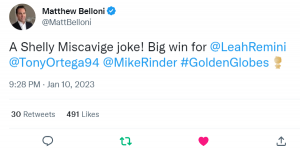 Haven't gotten around to this one until now. A journalist tweets about the Jerrod Carmichael joke at the Golden Globes and the 3 usual "STAAD League" bots rise up as one (they probably are literally one person in OSA Int) to scream their disgust and accuse him of bigotry.     "A lady living a great private life away from the unstable" -- wonder who came up with that piece of idiocy? The people writing these tweets have never even laid eyes on Shelly Miscavige. They know absolutely NOTHING about her life. But they believe everything they are told. This statement … END_OF_DOCUMENT_TOKEN_TO_BE_REPLACED 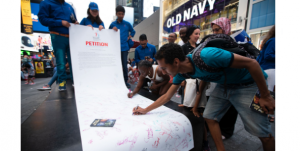 I have noted many times that the "humanitarian" and "4D campaigns" engaged in by scientology are simply photo and video opportunities that are then used for fundraising pitches. It's a repeated pattern that permeates all aspects of scientology. Staged events for video footage. Even inside the orgs we have routinely seen announcements for people to "come on course because SMP will be here filming," or "we need people to gather on the street in front of the org for an SMP shoot." But the Volunteer Ministers/Drug Free World/Youth For Human Rights/Way to Happiness activities are the ultimate … END_OF_DOCUMENT_TOKEN_TO_BE_REPLACED 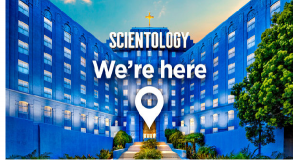 Scientology is hyping a new link and video that purports to tell the world about their astonishing accomplishments. But really it is designed for the sheeple inside the bubble to convince them all is well in the world of Miscavigology. They spew out numbers that are unverifiable and are only accepted at face value by their own people and perhaps a few gullible individuals who want to hear that scientology will get them votes. I'm going to comment on some of this and I took some screenshots of notable things. Of course, "millions" have already watched this propaganda, including 16 new … END_OF_DOCUMENT_TOKEN_TO_BE_REPLACED 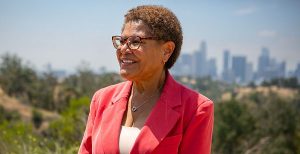 Scientology has become a key issue in the LA Mayoral race between Karen Bass and Rick Caruso. Of course, scientology is freaking out as their "good name" (haha) is being used to smear opponents. It stems from Karen Bass' ill-advised participation in a 2010 ribbon cutting ceremony for the "new" LA Org building (the building was not new of course, just refurbished). This came up two years ago when Rep. Bass was touted as a possible VP candidate to join the Biden ticket. I have some relevant information on this matter, both from my time in scientology and subsequent to this becoming an … END_OF_DOCUMENT_TOKEN_TO_BE_REPLACED 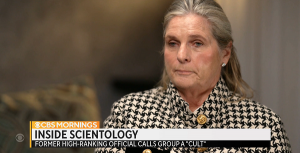 You used to see scientology spokespersons in the media. I was one of them for many years. So was Heber Jentzsch. I escaped. Heber was put in The Hole and became so physically incapacitated he could no longer appear in public (and Miscavige didn't trust him anyway). Tommy Davis was the "it boy" for a while, but he also departed, though he remains a Miscavige brown-noser ion his post-Sea Org life. If you look on the scientology website they list a number of "spokespersons" who actually don't speak:   Karin Pouw was never allowed to talk publicly, though her name … END_OF_DOCUMENT_TOKEN_TO_BE_REPLACED 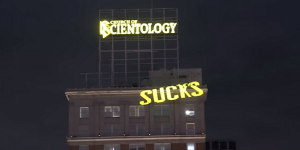 This is clearly part of the internal propaganda campaign that Miscavige is implementing to try to paper over the large cracks in the PR dam for the scientology public. The bad news is rolling in day-by-day, especially in LA. So, time to send out the SuMP team and film "massive dissemination" happening at "Dodger Station." That they have to beg for people to show up so that their activities can be filmed is VERY telling. That their message is now "We're here" -- as in, "Not YET gone" is pretty telling also. The walls are closing in on scientology. Winter is coming. … END_OF_DOCUMENT_TOKEN_TO_BE_REPLACED 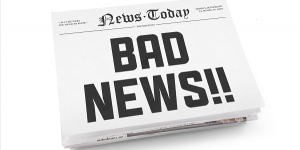 Things are really not going well in the shrinking world of scientology. First, the release of A Billion Years. The scientology response?  Buying Google ads to promote their smear sites which have a flurry of new content. A blizzard of legal threats letters and delegations of lawyers and scientology officials sent across the country to "handle the flap." Then the upcoming vote in Clearwater for a development plan that David Miscavige must HATE -- it will result in two large condo towers right in front of the Ft Harrison, and a huge increase in the number of prying eyes in downtown … END_OF_DOCUMENT_TOKEN_TO_BE_REPLACED 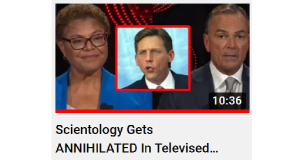 You may have seen the news or watched Aaron's recent video about scientology becoming a hot topic in the mayoral race in Los Angeles (if you have not watched Aaron's video, I suggest you do -- it's only 10 minutes -- you can click on it irectly above). Subsequently, Danny Masterson's lawyers filed some desperate motions to try to delay his criminal rape trial, claiming the jury pool was prejudiced because "There is a really negative view of Scientology… the general public's view of Scientology is more negative than any other religion." His lawyer argued everyone agrees scientology is an … END_OF_DOCUMENT_TOKEN_TO_BE_REPLACED 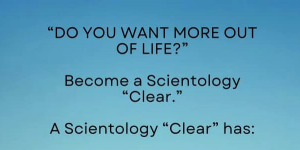 This comes from an old program Hubbard pushed in the 50's called "Operation Clear." These guys have resurrected it from the trashcan of history and repeat it verbatim. The claims are obviously absurd -- IQ of 135. Radiant health. Deep relaxation (whatever that means). Magnetic personality.... None of these things are necessarily true. If you were creative or vital or had a IQ before being Clear, it won't eradicate those traits. But if you didn't have them beforehand, it is highly unlikely they will be attained by going Clear. I have known a LOT of Clears in my time. Some of them are … END_OF_DOCUMENT_TOKEN_TO_BE_REPLACED