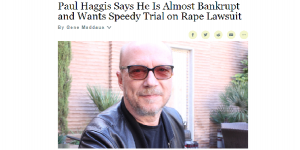 This recent article in Variety makes my blood boil. While scientology has continued to support and protect Danny Masterson, who has been trying to avoid his day of reckoning in court at all costs, Paul Haggis, who they have accused of being a "rapist" has been trying desperately to get INTO court to clear his name. Masterson is being criminally prosecuted, in addition to the civil case filed by his victims. Paul Haggis has never been criminally charged -- or even investigated. Unlike Masterson's victims, Paul's accuser  did NOT go to law enforcement, Paul did. He asked them to … END_OF_DOCUMENT_TOKEN_TO_BE_REPLACED 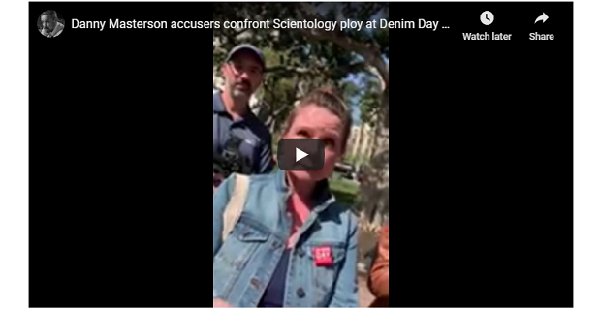 What has happened to the "Justice 4 Mom" OSA campaign? Not a peep from them since May 11th. When my daughter Taryn, my ex-wife Cathy and their sidekick Sea Org minders from Gold, Maureen Labordique and Chris Maifield showed up at the Denim Day event in LA last year, they were confronted by Danny Masterson victims who called them on their fakery. Tony Ortega wrote an excellent piece at his blog about it, including a video of some of the discussion that occurred. Of course, Taryn and Maureen denied knowing anything about Danny Masterson, but had detailed false information about Paul … END_OF_DOCUMENT_TOKEN_TO_BE_REPLACED