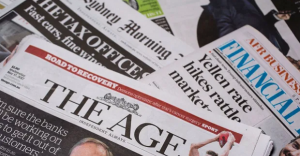 You have to hand it to the Australian media -- they are, as a whole, less cowed by scientology than in any other country. We have watched for years as Bryan Seymour and Steve Cannane have done numerous stories exposing scientology's abuses. And there have been others too. And now Ben Schneiders  has joined the party, and is making a big splash. In the past week he has published an explosive report about scientology finances and follow up stories detailing how this is now ballooning into a demand from at least one member of the Australian Parliament, Andrew Leigh, for an investigation of … END_OF_DOCUMENT_TOKEN_TO_BE_REPLACED