This is a follow up to the recent post about Carol Miles: The Face of the Freewinds: A "Wog". Valeska sent me this write up with some further information, and it is an opportunity to republish the photo of Carol that was sent in by a reader. Also at the end I have included a comment posted by Jeff Hawkins about how Carol came to be the "Face of the Freewinds". Valeska wrote: Carol was sent to the RPF in late 2008 for being suicidal and having "case on post" and for wanting to leave the Sea Org. This was orchestrated by Lurie Belotti, (RTC Rep Ship) and Sue Price, (CO CMO Ship). She … END_OF_DOCUMENT_TOKEN_TO_BE_REPLACED 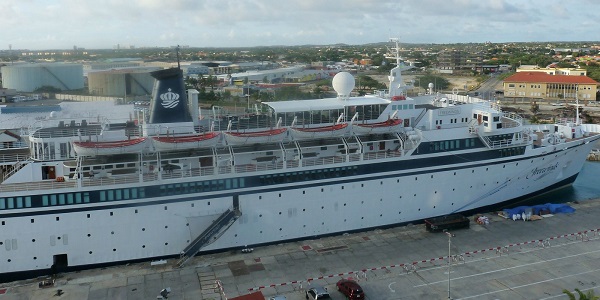 For many years in the early 2000's, the "face" of the Freewinds was Carol Miles, the "Executive Officer"/"Public Officer." She was the face and voice (with a wonderfully genteel english accent) of Freewinds promotional videos. She narrated tours of the ship and appeared at the end of each Freewinds video  with a pitch for people to come and partake in the Freewinds experience. There has been some earlier commentary on the internet that mentioned Carol. She disappeared from public view around 2007 (like me), and as with Heber, Ray Mithoff, Guillaume Lesevre and so many others, nobody … END_OF_DOCUMENT_TOKEN_TO_BE_REPLACED