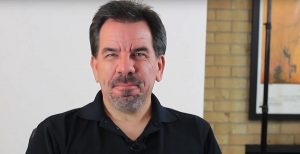 This week's episode is a continuation from last week with Chris Shelton. We take a deep dive into the the "Truth Rundown" and Rehabilitation Project Force, but of course touch upon other things in doing so. If you want to hear more of Chris' insights, you can tune into his Sensibly Speaking Podcast. There is a wealth of material there. The "Truth Rundown" is one of the most remarkable things Hubbard developed. It is the most direct and unvarnished brainwashing technique in scientology. It is intended for use on Sea Org members, though some others have unfortunately been … END_OF_DOCUMENT_TOKEN_TO_BE_REPLACED

This is a follow up to the recent post about Carol Miles: The Face of the Freewinds: A "Wog". Valeska sent me this write up with some further information, and it is an opportunity to republish the photo of Carol that was sent in by a reader. Also at the end I have included a comment posted by Jeff Hawkins about how Carol came to be the "Face of the Freewinds". Valeska wrote: Carol was sent to the RPF in late 2008 for being suicidal and having "case on post" and for wanting to leave the Sea Org. This was orchestrated by Lurie Belotti, (RTC Rep Ship) and Sue Price, (CO CMO Ship). She … END_OF_DOCUMENT_TOKEN_TO_BE_REPLACED