In the recent FBI Docs release, there are copies of these documents from the “RPF Insider.” I had not seen them before, but they can be found on xenu.net.

There are a dozen of them, and they make for interesting reading. This enormously detailed (and accurate) information about the RPF Prison Camp in Los Angeles documents the abuse dished out to members of the Sea Org as a routine.

He (or she) asks that health and safety inspections be done, describes how all their ID and personal documents are confiscated, locks put on fire doors so they can’t escape, lack of health care and on and on. Back in 2009 the United States Department of Justice was very well aware of the ongoing abuses within scientology. They chose not to prosecute. And to this day, have not acted. Just this series of documents alone should have been enough. 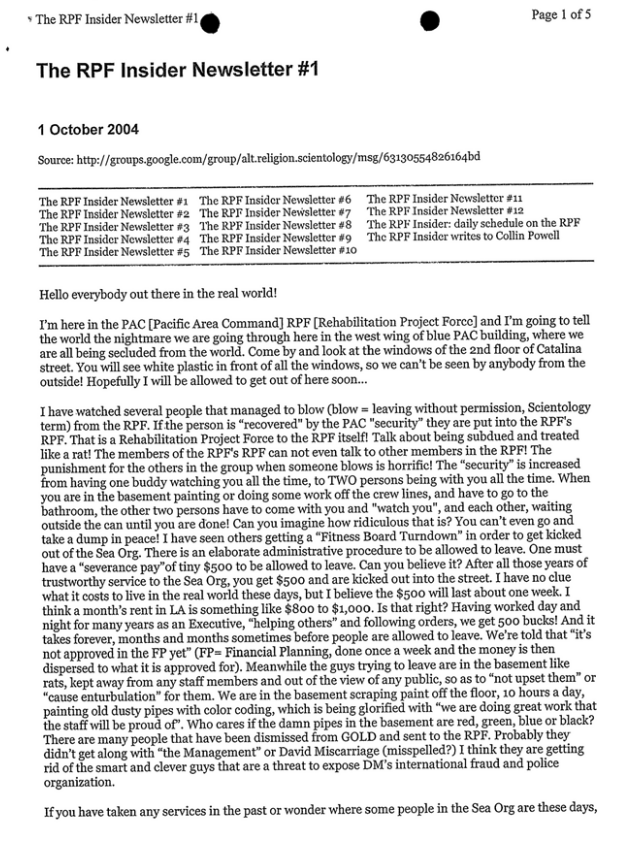 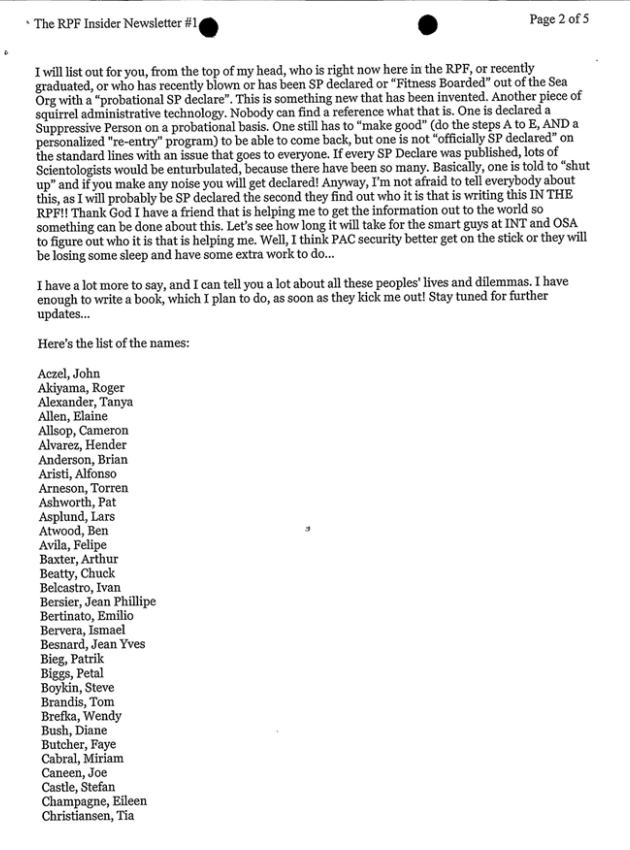 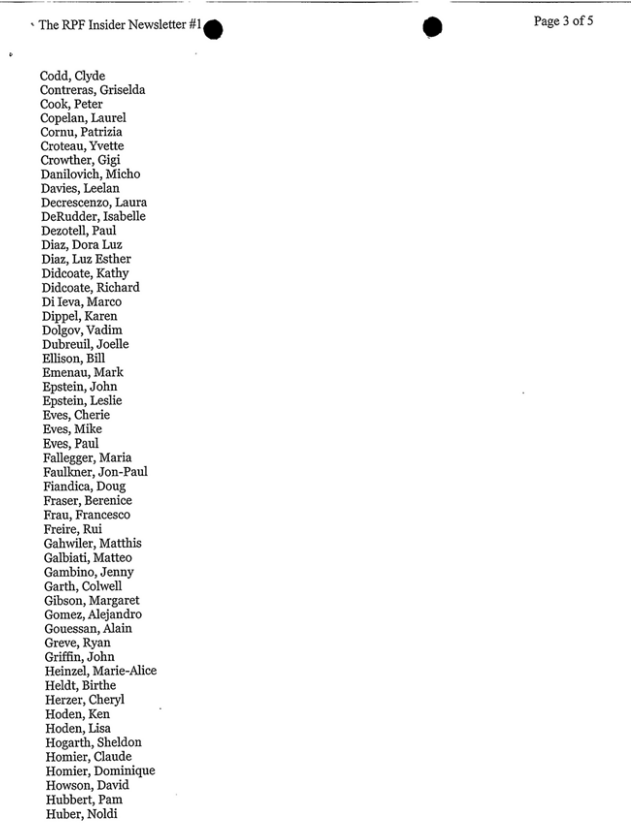 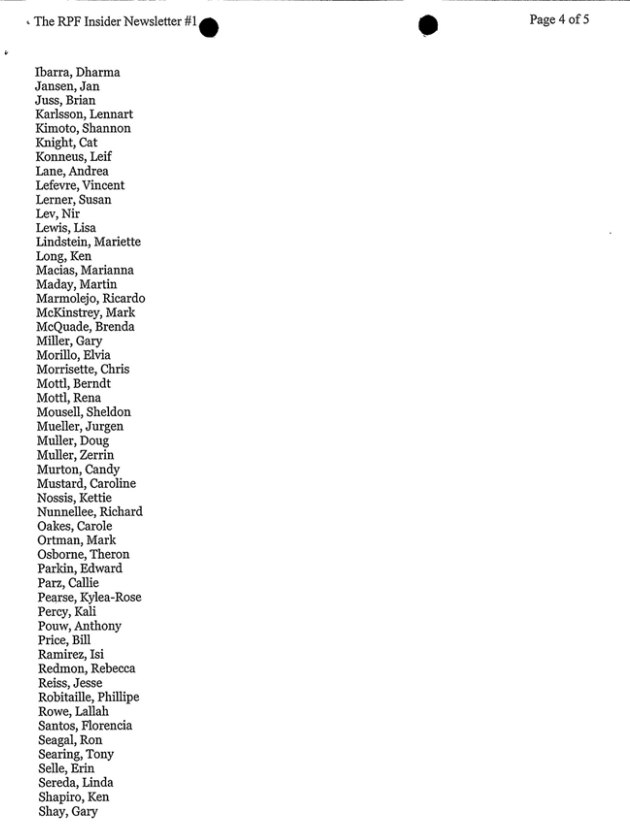 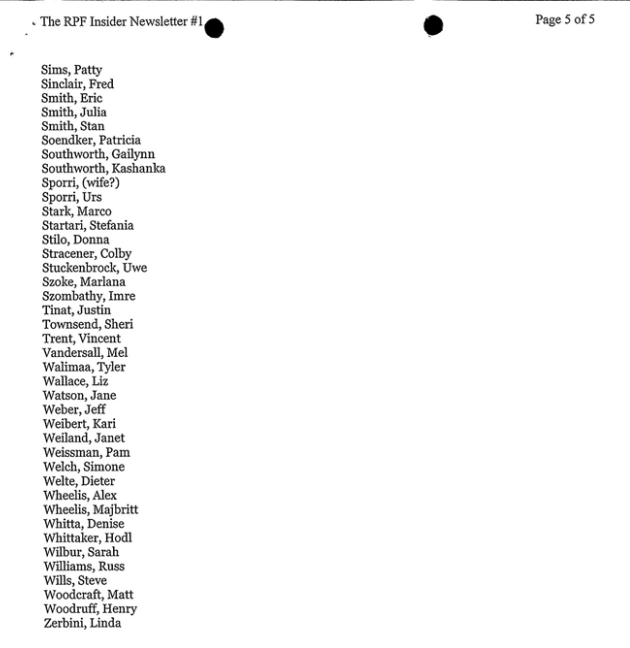 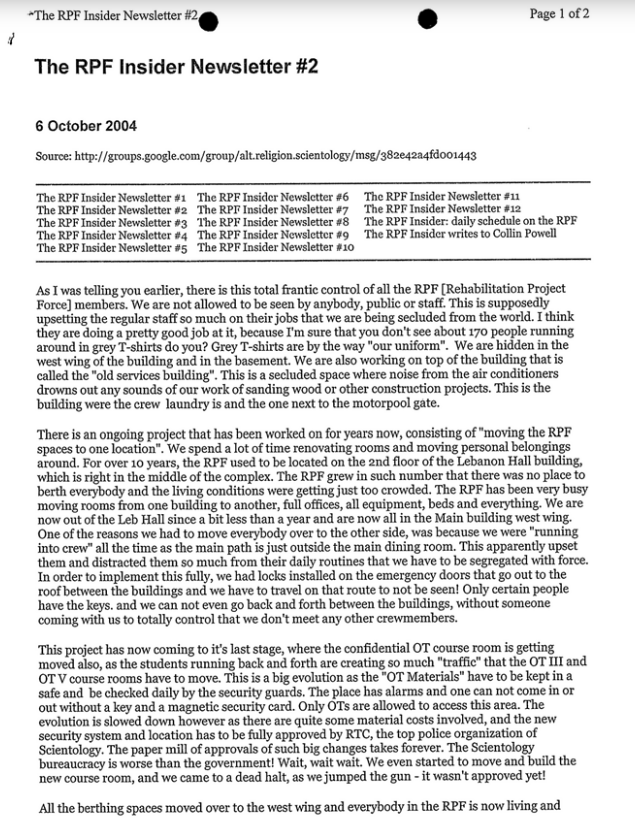 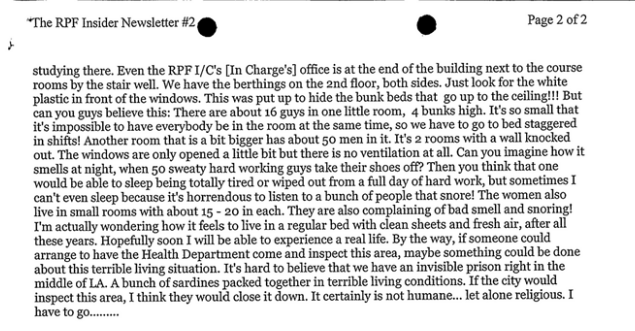 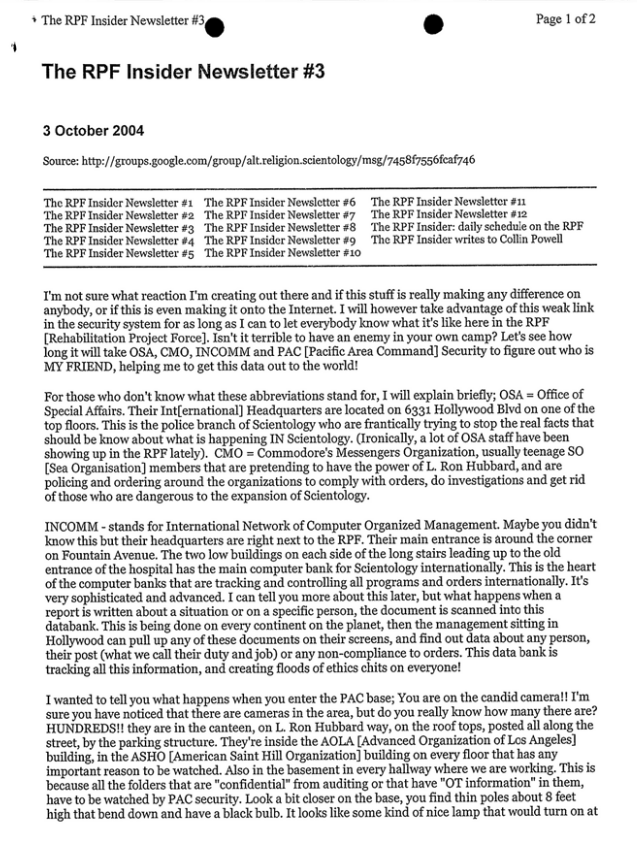 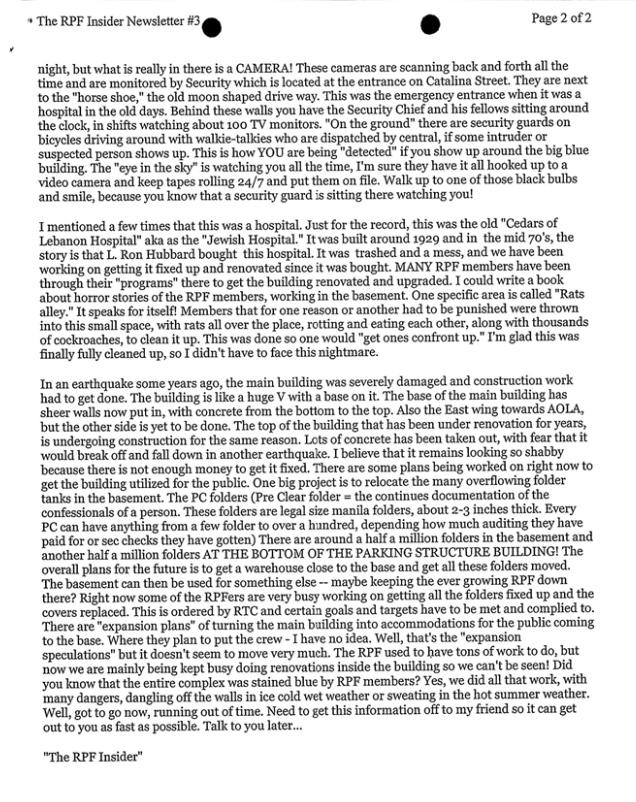 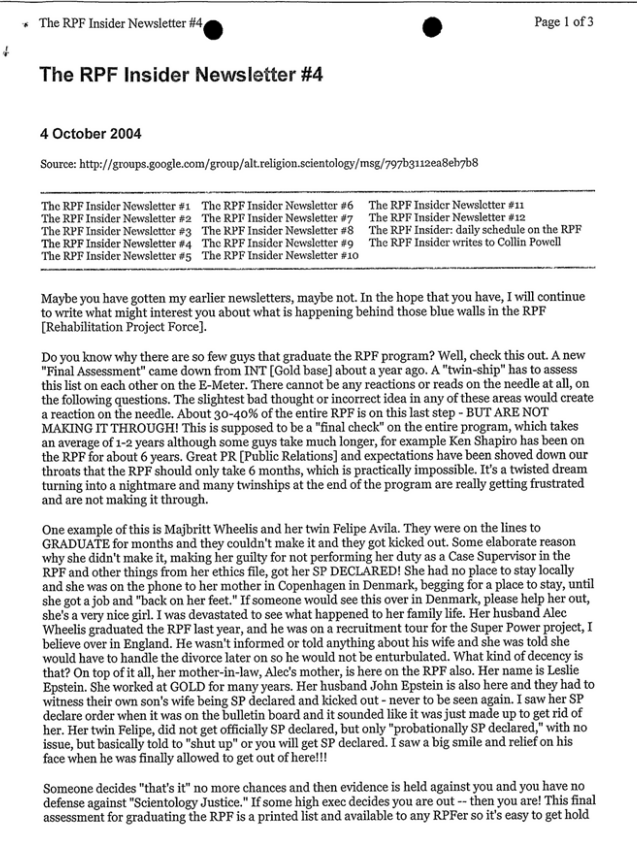 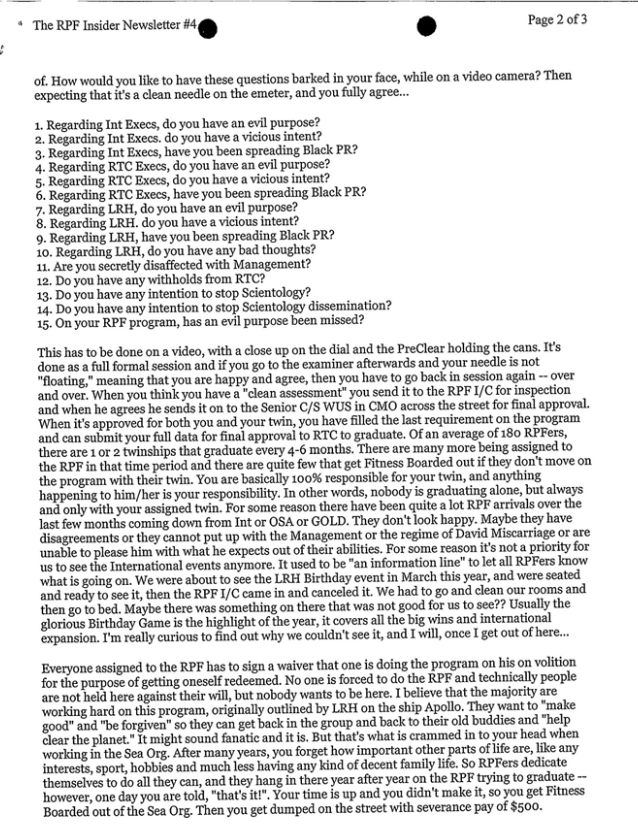 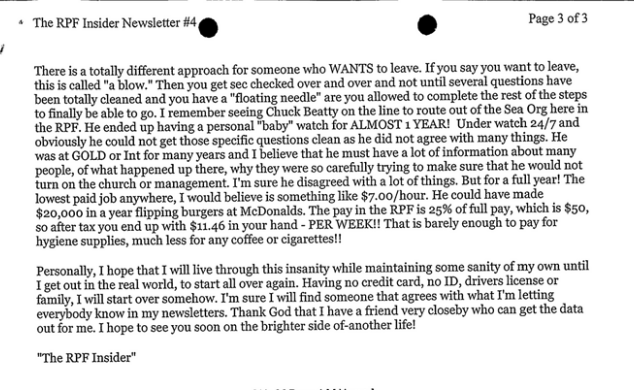 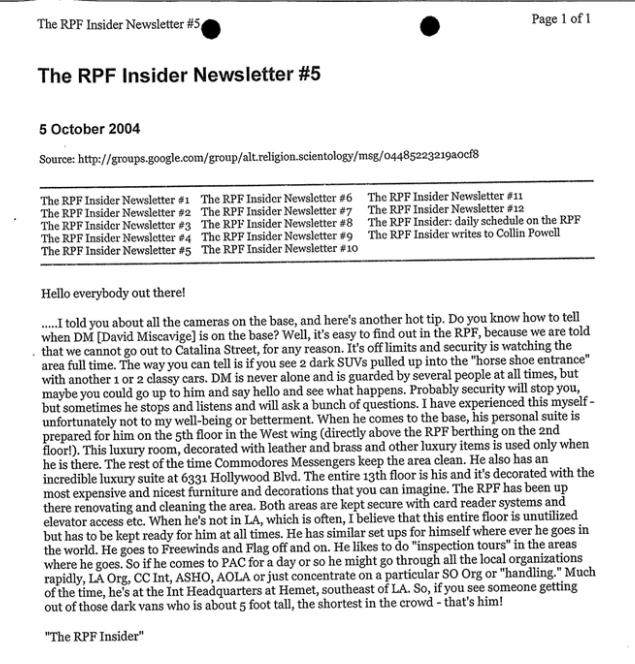 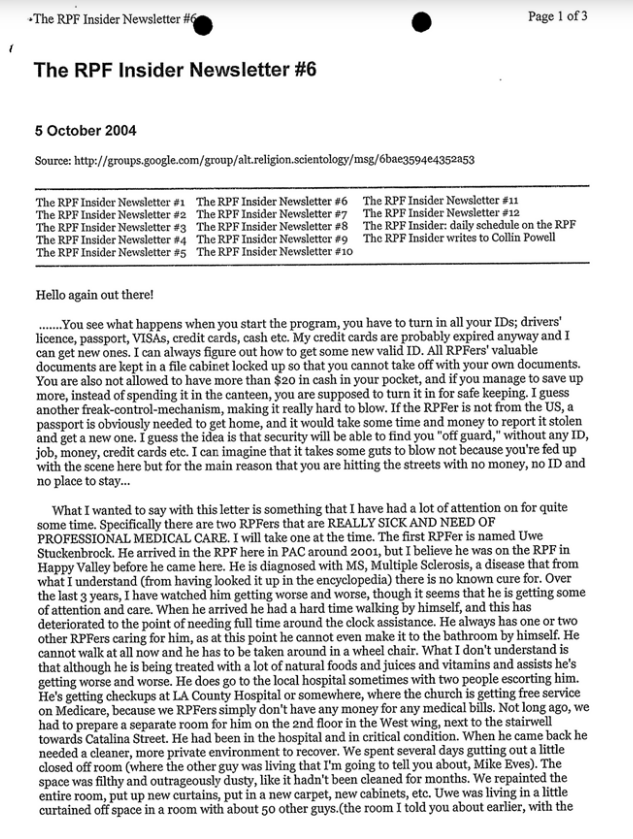 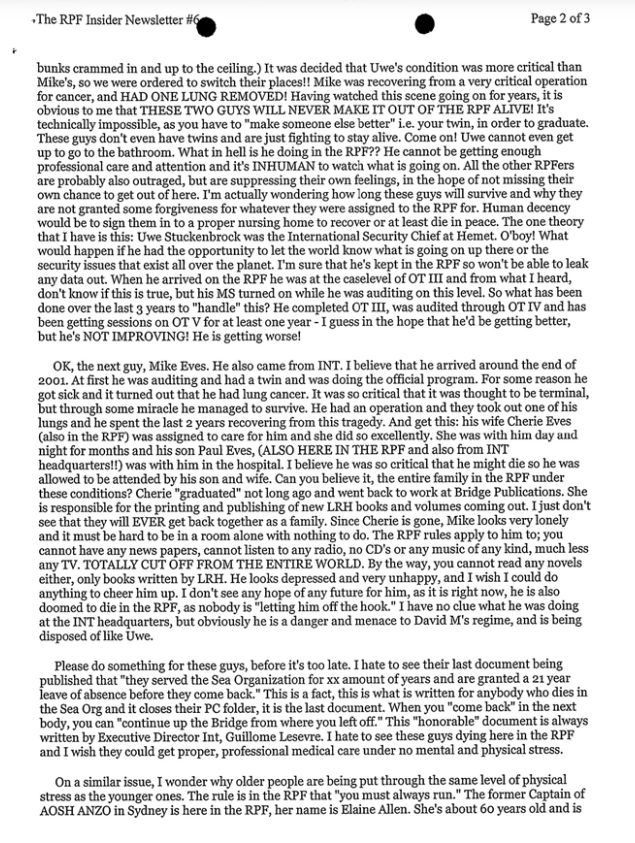 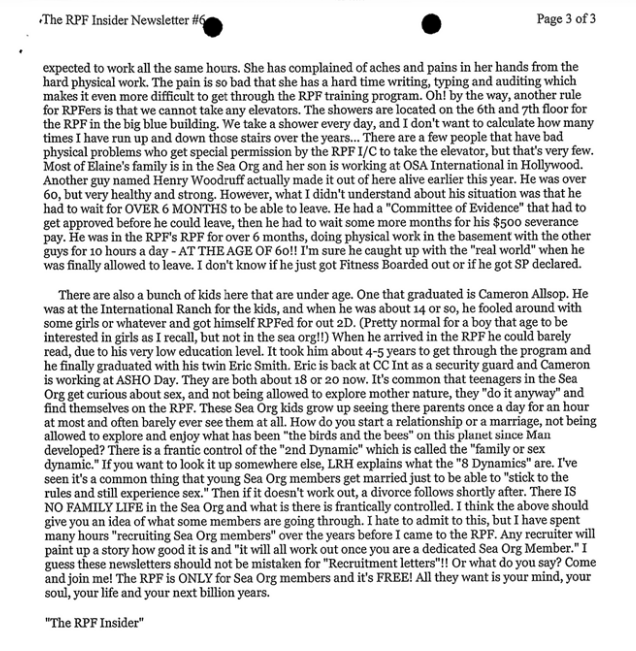