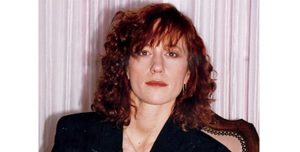 Today is Shelly Miscavige's 62nd birthday. She has been disappeared for the last 15 years -- one confirmed sighting at her father's funeral (with a handler) in 2007 and nothing certain since. Once a fixture of the scientology world, at her husband's side virtually everywhere he went, she suddenly vanished in 2005. I write about her and her vanishing from the Int Base in my book A Billion Years. Shelly is not the only person at the senior echelons of scientology who has been erased from public view (so too the President of scientology Heber Jentzsch, Executive Director International … END_OF_DOCUMENT_TOKEN_TO_BE_REPLACED