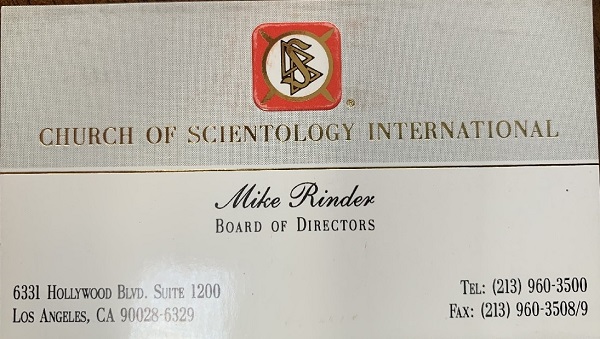 I happened across this old card the other day. I didn't know I had it. It was in my wallet the day I walked out of L. Ron Hubbard's old office in Fitzroy St., London. It was my final day in scientology. I had been sent to London to deal with the BBC Panorama program being done by John Sweeney. As the card states, I was on the Board of Directors of Church of Scientology International and acting at the time as the International Spokesperson for scientology. Of course, scientology has sought to rewrite history. On their websites about me, they claim that I held no position of … END_OF_DOCUMENT_TOKEN_TO_BE_REPLACED