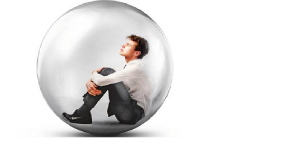 I have often said that scientologists live in a bubble of delusion. But now it's official. Scientology have declared their ultimate "spiritual retreat" is now an official "bubble." It could not be more fitting that the Freewinds now has the stamp of approval from "Church Management" as an "official bubble." Anyone who has ever been to the Freewinds knows this is the most hermetically sealed bubble in all of scientology. Once you are in it, the outside world no longer exists and the only reality is the dream world of scientology. No contact with the outside world. Not even a way of … END_OF_DOCUMENT_TOKEN_TO_BE_REPLACED

Thanks for having me John. I enjoyed it.

My episode with former top-level #Scientology official @MikeRinder is out now! You can watch it on YouTube and Facebook, or listen wherever you get your podcasts. Thank you, Mike, for such an intriguing and informative conversation!

New video from @GrowingupinSCN which is an important and under-reported topic in the world of scientology abuses.
How Scientology Trafficks Children https://youtu.be/MhmGJzIPrzY via @YouTube

Yesterday I mentioned @ChrisLatvala and #scientology “safe pointing”. Here is some Hubbard policy on it and some further thoughts on his reaction. https://www.mikerindersblog.org/why-is-chris-latvala-supporting-scientology-and-what-is-a-safepoint/