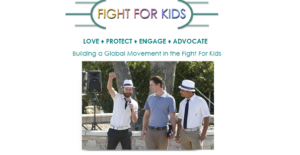 Of course, when you are being investigated for rape -- "The Los Angeles Police Department Robbery Homicide Division, Sexual Assault Section, is conducting an investigation involving the actor Danny Masterson. Three women have come forward and disclosed that they were sexually assaulted by Masterson during the early 2000's," Hollywood Reporter -- you have to do more than hire a prominent criminal defense attorney and a private investigator. You have to make it appear that you are an all around good guy who really cares about kids. So you do a round of golf. No actual work or … END_OF_DOCUMENT_TOKEN_TO_BE_REPLACED