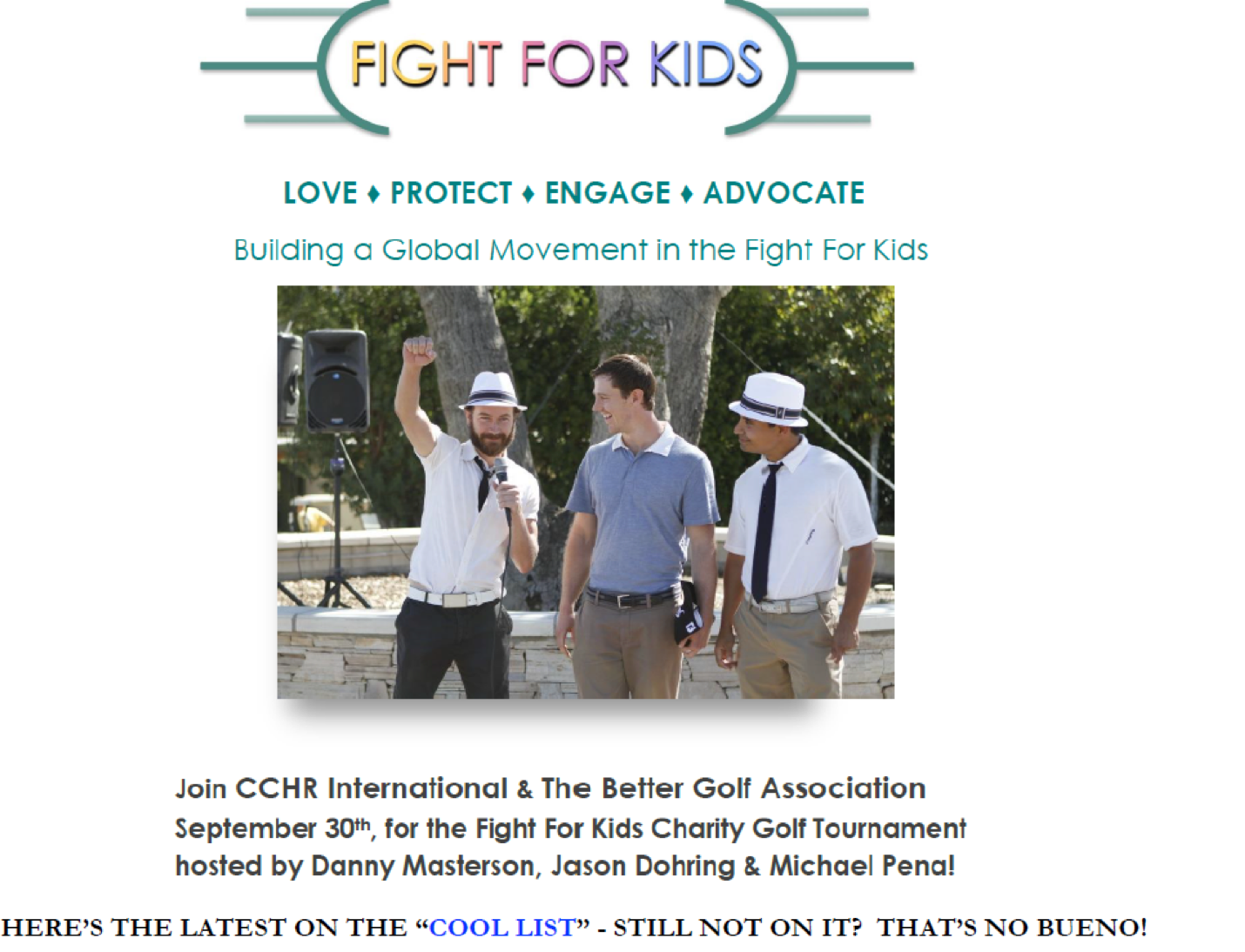 Of course, when you are being investigated for rape —

“The Los Angeles Police Department Robbery Homicide Division, Sexual Assault Section, is conducting an investigation involving the actor Danny Masterson. Three women have come forward and disclosed that they were sexually assaulted by Masterson during the early 2000’s,” Hollywood Reporter

— you have to do more than hire a prominent criminal defense attorney and a private investigator.

You have to make it appear that you are an all around good guy who really cares about kids. So you do a round of golf.

No actual work or sacrifice yourself, just put your name on a round of golf with the guys and make it the “Cool List”.

How about doing something for rape victims DJ Donkey Punch? Like even acknowledging they exist for starters…

This is is so classically scientology. Ignore the reported abuses. Blame the victims. Then do a photo op “helping kids” or “championing human rights”. All that’s missing is some official proclamation about what great work is being done. Hubbard PR 101.