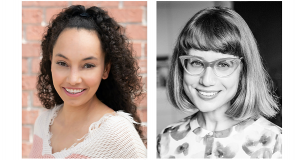 Nicole Norton and Becky Lovell are whistleblowers, exposing the abuses of the RA MA Institute for Applied Yogic Science and Technology and its leader Guru Jagat (Katie Griggs). The stories of abuse, money motivation and a culture of worship of the guru are reminiscent of scientology and so many other high control organizations. Becky and Nicole reached out to us to tell their stories after watching The Aftermath. We had planned to do this show for some time, but scheduling issues delayed it. In the meantime, Katie Griggs died of a pulmonary embolism following surgery on her … END_OF_DOCUMENT_TOKEN_TO_BE_REPLACED