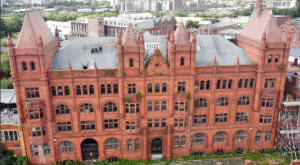 This recent article is in stark contrast to the hype churned out by scientology about the oxymoronically named "ideal org program." David Miscavige has claimed this program is the key to Planetary Clearing, and a lot of people have given a LOT of money (and continue to do so) buying his bs. Scientology also claims the "new churches" prove that scientology is more popular and in demand than ever. If either of these two things were true, scientology would not own "abandoned" buildings all over the world, that they have failed to occupy, in some cases, for decades. Manchester is by no … END_OF_DOCUMENT_TOKEN_TO_BE_REPLACED