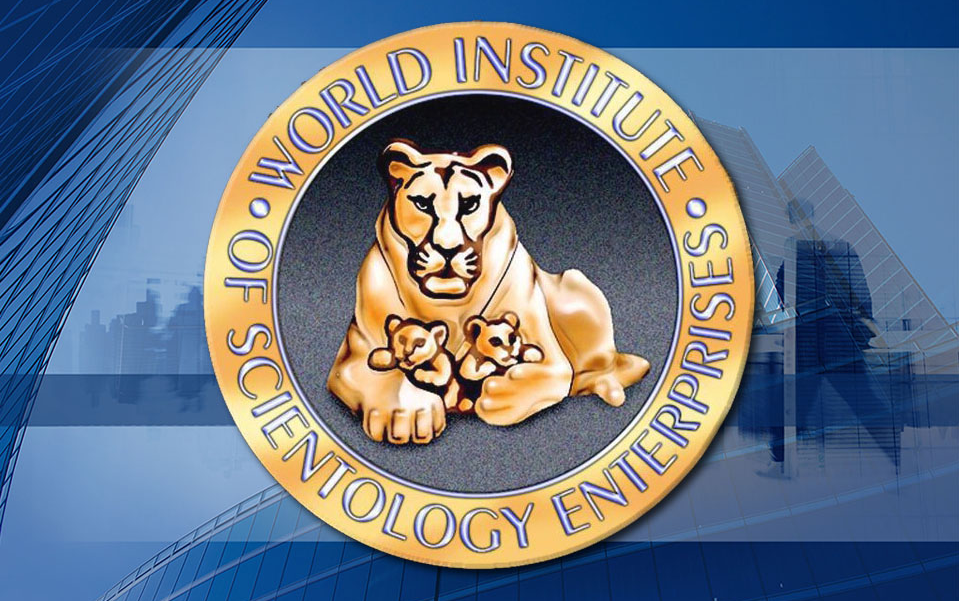 We speak to our old friend and Leah family member Julian Wain about his experiences with WISE (World Institute of Scientology Enterprises) companies and how they implement high pressure sales techniques into dental and chiropractic offices, and are recruitment agencies for scientology.

I did an earlier post about these WISE Guys 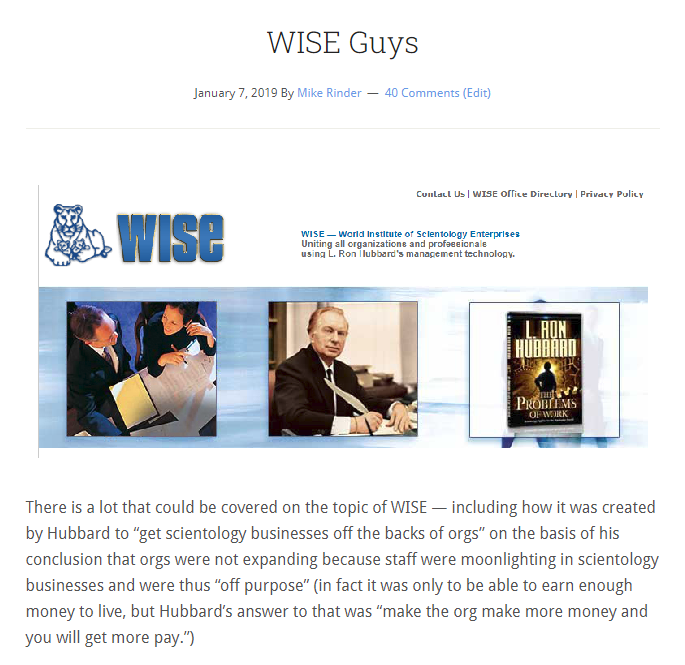 This is the entry on WISE in Wikipedia 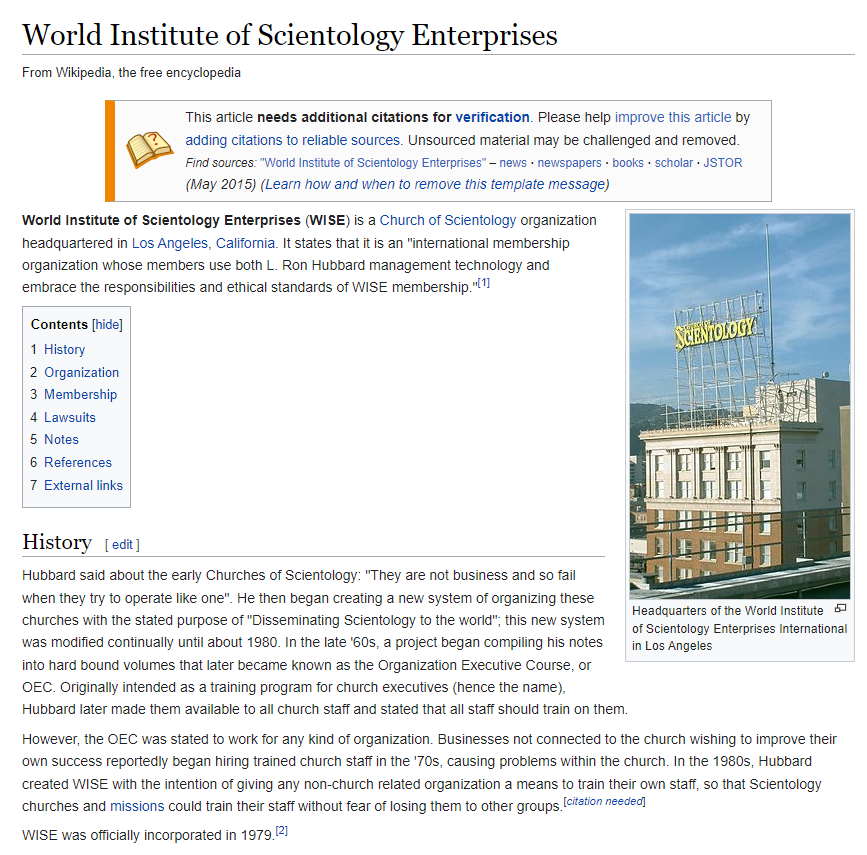 Here is the definition of “Hard Sell” contained in the official scientology dictionary — this is the sanitized version. The meaning in scientology fundraising circles is “do whatever necessary to get the money”: 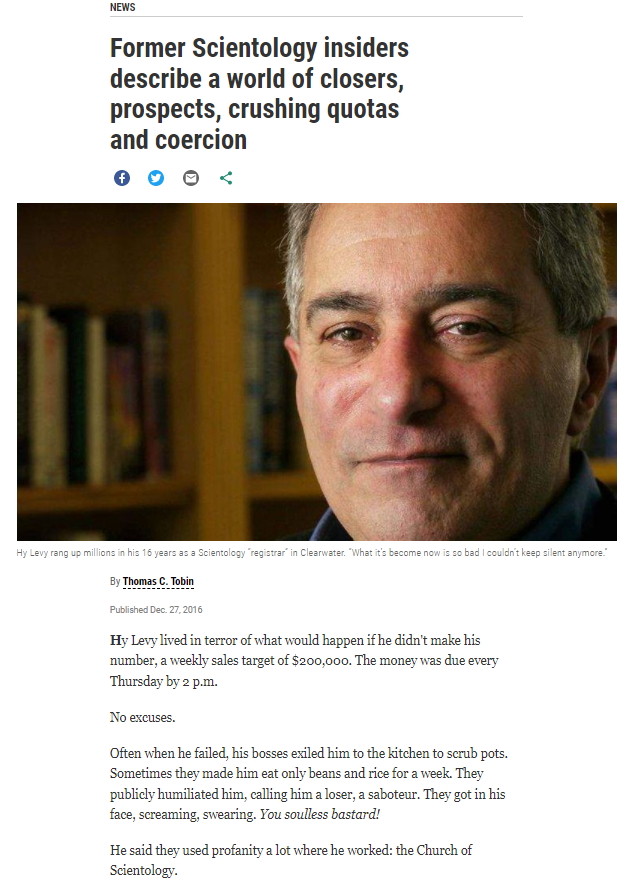 This is the Wikipedia entry on Sterling Management Systems 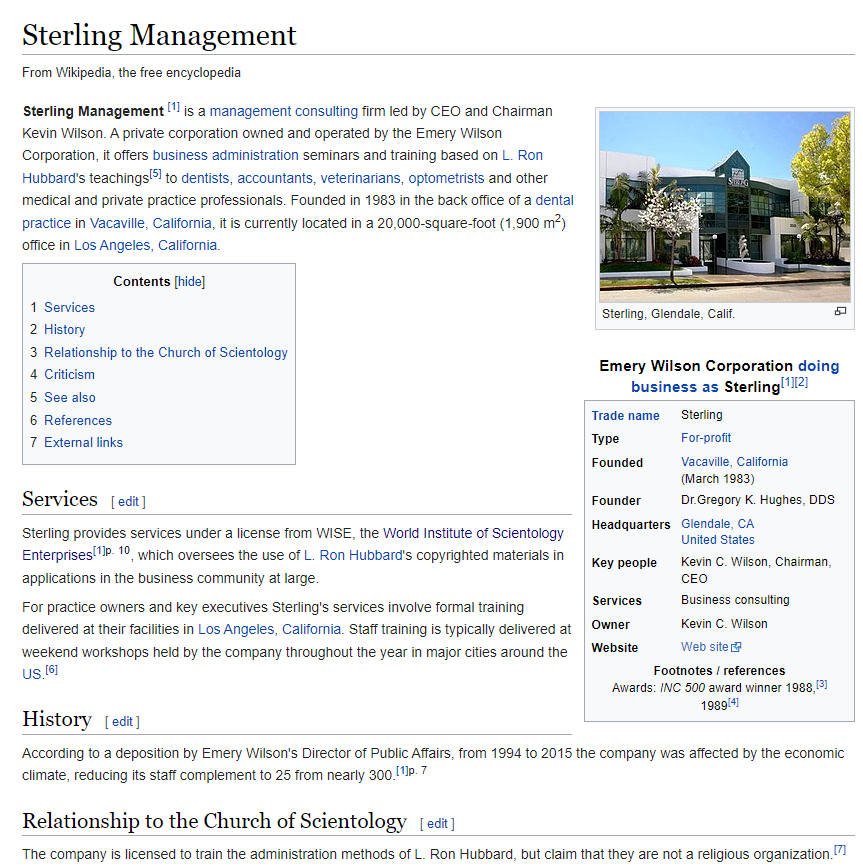 Sterling was founded by dentist Greg Hughes (he subsequently lost his license). Greg and his wife Debbie were recruited for the Sea Org and he eventually became WDC WISE in CMO International. Like everyone else in CMO Int, he and Debbie ended up in The Hole. Their daughter helped extricate them from the Sea Org because Debbie’s diabetic condition was deteriorating drastically due to lack of sleep and nutrition in The Hole. I wrote briefly about them here:  The Ex-SO Hall of Shame 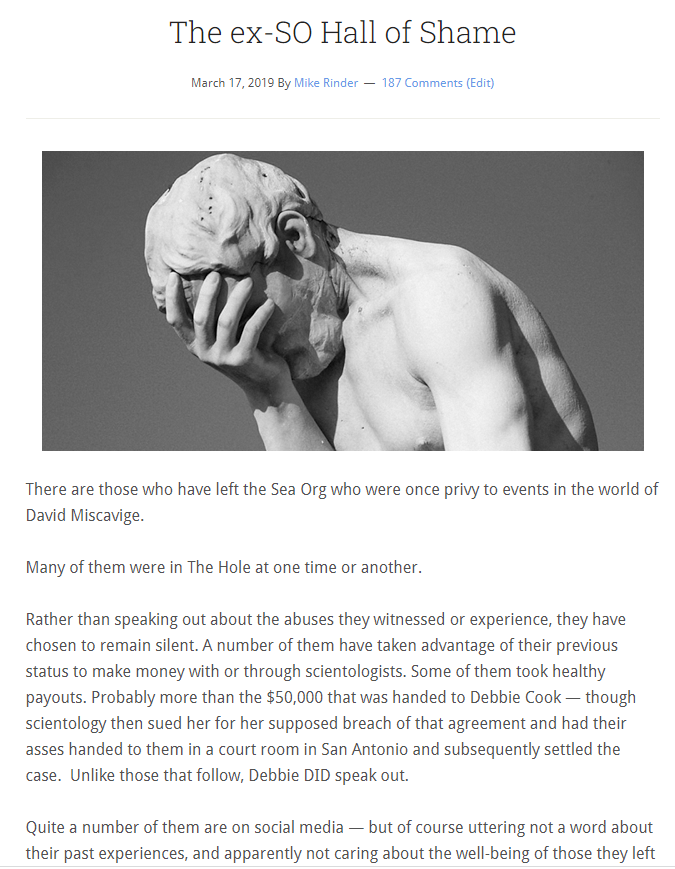 The Time Magazine cover story: Scientology The Thriving Cult of Greed and Power 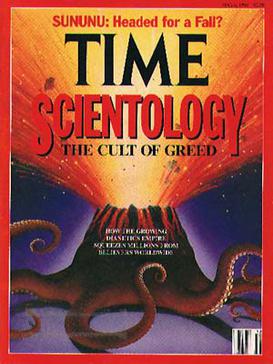 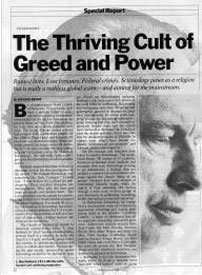 This Wiki entry on this article which gives more information about circumstances surrounding it and the fallout from it. 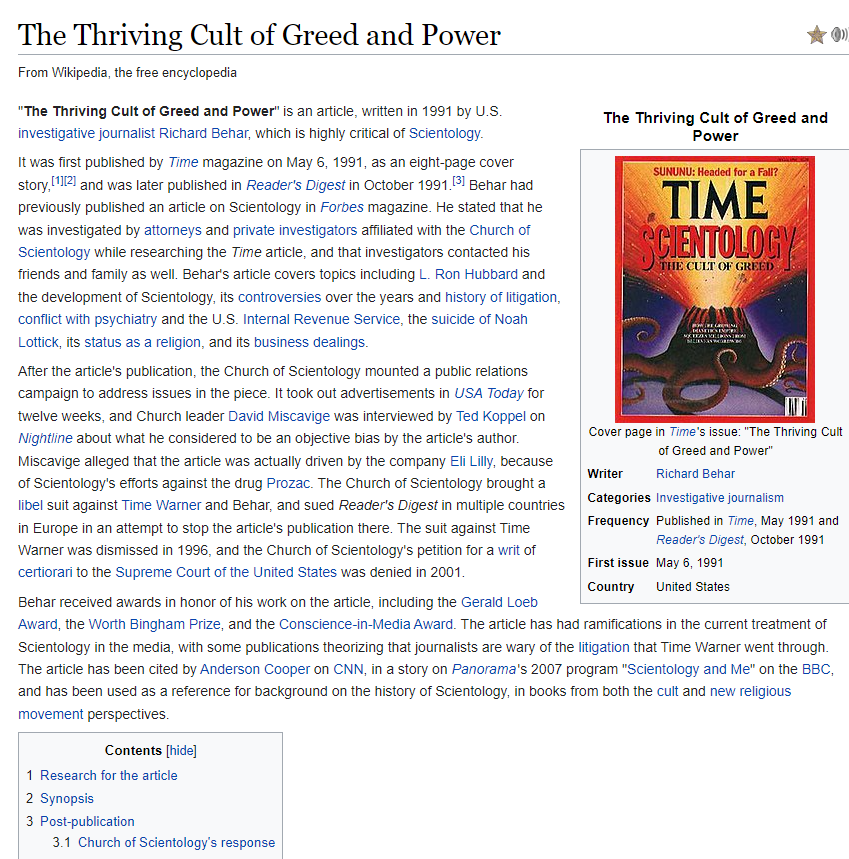 The organizational structure of scientology — taken from the official scientology “Command Channels Booklet”: 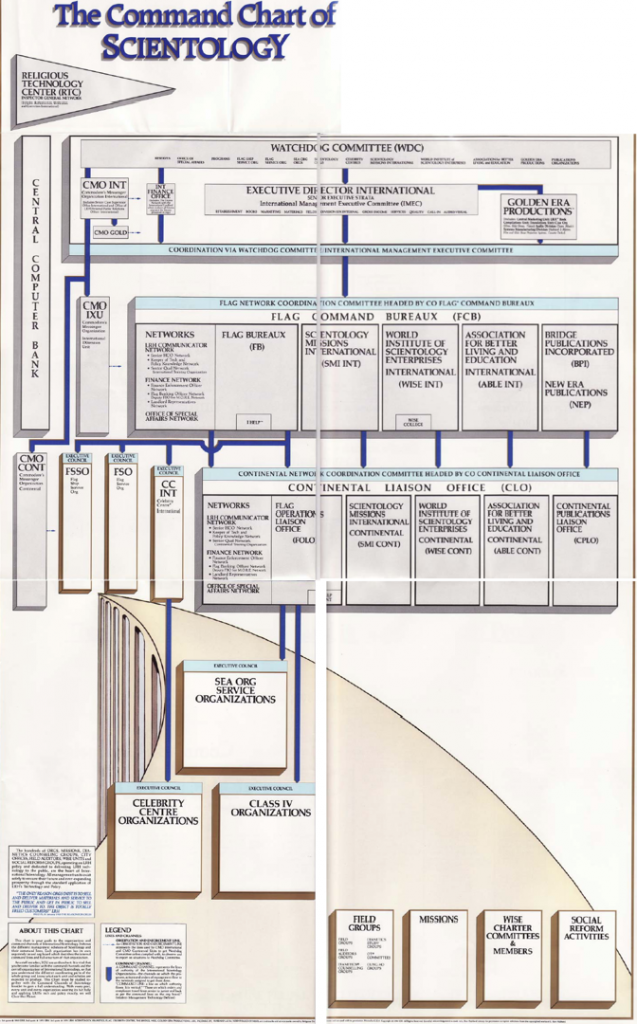 From the same booklet, the various “sectors” overseen by the Watchdog Committee (WDC) in CMO International, which includes WISE: 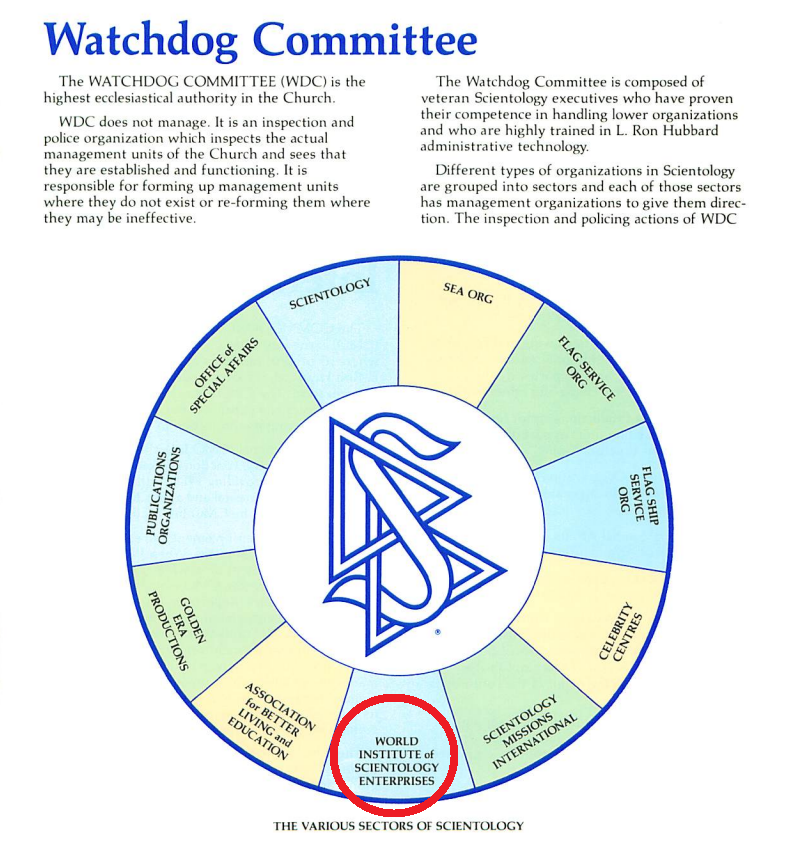 When Scientology learned that Michelle LeClair was in a relationship with a woman, and she wouldn’t end the relationship as they ordered, they tried to destroy her life. https://twitter.com/leclair4justice/status/1526728385384398849

Bill Burr is doing a gig in Tampa on Friday. He is either terribly uninformed or is hedging his bets so he isn't #FairGamed by #scientology when he comes to town... Or maybe he just likes the media attention that comes with making absurd statements.

Bill Burr: Scientology ‘Gets More Sh*t Than it Deserves’ https://www.mediaite.com/entertainment/bill-burr-scientology-gets-more-sht-than-it-deserves/

ICYMI: An op-ed by Paris Hilton on her advocacy to end institutional child abuse