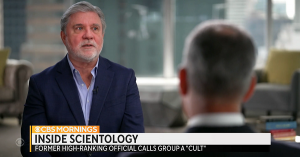 As everyone who reads this blog is probably aware, CBS Mornings featured a piece on A Billion Years yesterday morning. If you haven't seen it, you can watch it here. The piece was delayed for some time as scientology went into a full court press to prevent it from airing. They sent Monique Yingling to New York, with a delegation of scientologists and another lawyer to dissuade CBS airing it using the usual threats and false claims. In the end, when they realized they were not going to succeed in spiking the story altogether, Yingling was put forth as the scientology … END_OF_DOCUMENT_TOKEN_TO_BE_REPLACED 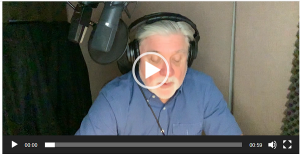 A short clip from when I was recording the audiobook... I understand there is a problem with the audiobook in the UK and Australia. I do not understand the problem, as it had been all set to launch with the book itself and then it turns out there is some issue with distribution rights that is too complicated for me to understand. I have asked the appropriate people to see if they can step in and sort it out... For the time being, you will have to do things the old fashioned way and read the book. I went to Barnes and Noble in Manhattan to see it in a real bookstore with my own … END_OF_DOCUMENT_TOKEN_TO_BE_REPLACED 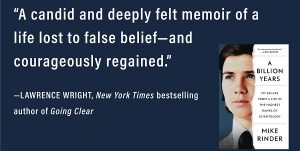 After my recent post pointing out that account in my daughter's name has 432K "followers" but averages jus a few likes and comments, so clearly they have been buying bot followers, suddenly I have begun to have new "bots" following me. I have never seen so many "ghost" accounts show up each time I am alerted to "new followers." I assume scientology is arranging these "followers" so they can accuse me of what they do... The levels of insanity inside the bubble are pretty astounding! Tomorrow, finally, the book and audiobook will be available. The first media spot will be on CBS … END_OF_DOCUMENT_TOKEN_TO_BE_REPLACED