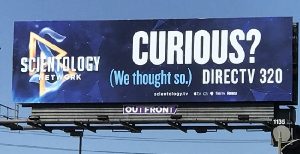 Despite what scientology says, apparently people are NOT "Curious?" At least not to hear the official propaganda from scientology. The problem with the internet is that it makes it so much harder to hide your bs. This is an image from Google Trends. It is not doctored. It's not lies from bitter defrocked apostates on the fringes of the internet. It is available for anyone in the world to see (including the scientologists). No bias. Just raw numbers comparing the interest in scientology tv to the interest in Scientology The Aftermath (don't forget, The Aftermath is not currently airing … END_OF_DOCUMENT_TOKEN_TO_BE_REPLACED