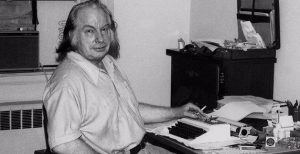 It is an endless source of amazement how scientologists buy the idea that every word Hubbard spoke or wrote is some sort of brilliant revelation. Much of it is gibberish, particularly his "research track." Many of the things he stated as absolute fact he later repudiated -- though he typically characterized it as "further research revealed..." But that implies the former assertion of fact was based on research, and not just meanderings he tossed off which then proved not to be fact when he sold a newer technique. And I do mean "sold"... Yet today, the foolishness he wrote about in the … END_OF_DOCUMENT_TOKEN_TO_BE_REPLACED