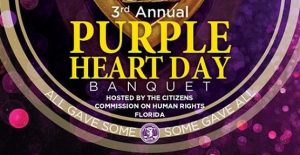 Scientology has a habit of trying to gain credibility by aligning themselves with legitimate organizations and causes,  making it seem they are part of it. They are imposters, seeking to gain goodwill or some other advantage by preying on the good name of others. Recently my daughter, Taryn Teutsch, has been attempting to inveigle herself into the #MeToo movement with crazy and false claims that I am a "wife-beater" -- and after it was pointed out that "wife-beating" isn't what that movement is about, she then began claiming I "raped" my ex-wife. Odd this allegation only just surfaced, 11 … END_OF_DOCUMENT_TOKEN_TO_BE_REPLACED

@DownandAwayPod @MikeRinder started over at S:1, E:1
the lady who made amends with her daughter before she passed two weeks after she told @LeahRemini her story: TEARS!!
F*** them for BREAKING UP FAMILIES!