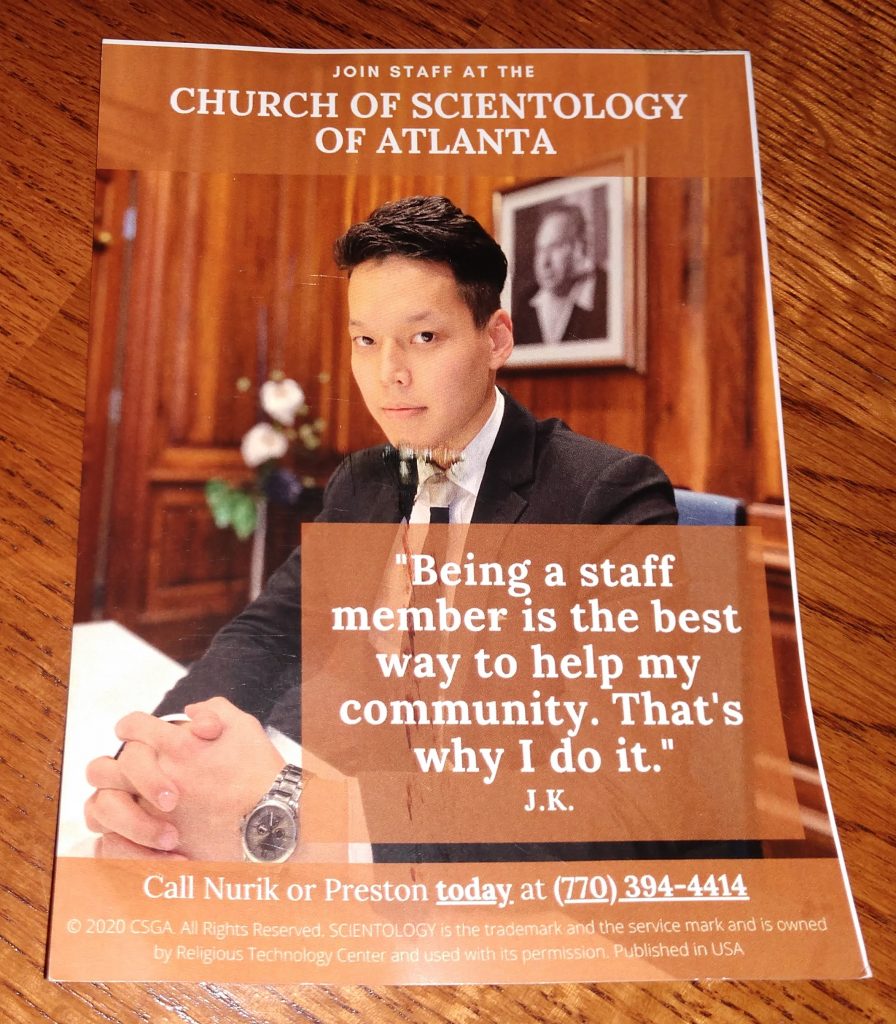 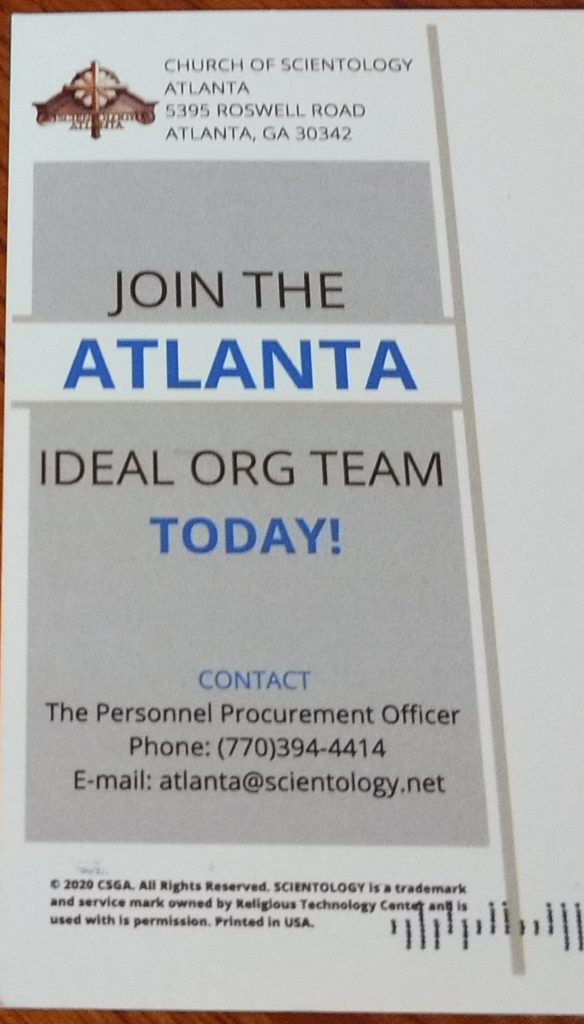 This is from commenter Doug Sprinkle. It is amazing how desperate these orgs are to get hold of anyone who has ever had anything to do with them. I asked him out of curiosity about his time at DC Org and he sent this write up. It is SO typical and so clearly PRECISELY what happened that I thought it worth posting her for posterity’s sake. This IS how people are treated in scientology orgs. They’re like cattle, herded in to be milked for all they’ve got and the staff believe they have every right to neglect/mistreat/abuse people who are PAYING THEM for service. It’s such an upside down world in scientology.

Just when I thought Scientology had given up on me completely I got this in the mail from Atlanta.

Do you think I should quit my job and move to Atlanta to go work for them?

It strikes me as odd that I spent much more time getting audited at founding Church in DC, was only at Atlanta once for a TR course. I’ve never heard anything from DC but Atlanta won’t give up on me.