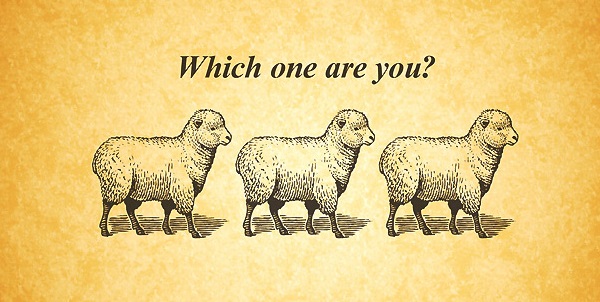 How many times can Miscavige sucker these idiots into buying the bs that “this is now how LRH intended.” My God, are their memories REALLY this bad? Even the ones who have handled amnesia on the whole track?

I wonder how these dupes reconcile that Miscavige’s reputed sole function is to maintain standard tech, and ESPECIALLY the “standard tech” of the OT levels as RTC is funded by Advance Courses VSD. He has had this job since 1987 when he assumed power in RTC. That is nearly 30 years. Don’t they wonder that he has allowed all this out tech, off source, non-LRH twists and windings to continue to be sold for 29 years? And instead of rising up in horror that he has continued to rake in hundreds of millions of dollars selling squirrel stuff, they cheer him for “making it on source like LRH wanted”. That has been HIS JOB since 1987. He is just getting around to it now? Every single thing that L. Ron Hubbard ever said or wrote about all OT Levels, from R6EW to OT VIII fits in a single file cabinet drawer. There is nothing more. Nothing new since he died (BEFORE Miscavige took over RTC). How could it take 30 years to sort out one filing cabinet? That is slower even than the Tampa CF.  Why weren’t the OT levels the FIRST thing he got “on source”?

It is an amazing demonstration of how these people have willingly surrendered their intelligence and demonstrate a gullibility that even Dan Sherman could not overhype. The only conclusion you can draw is that they are truly brainwashed. 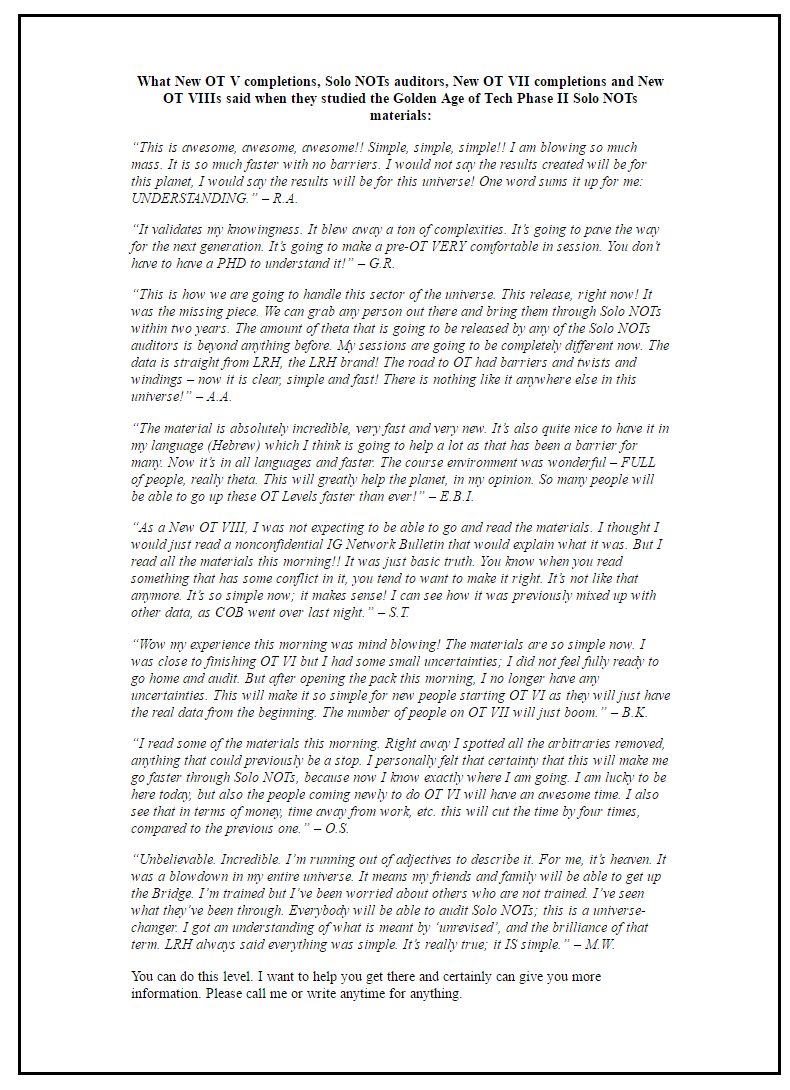 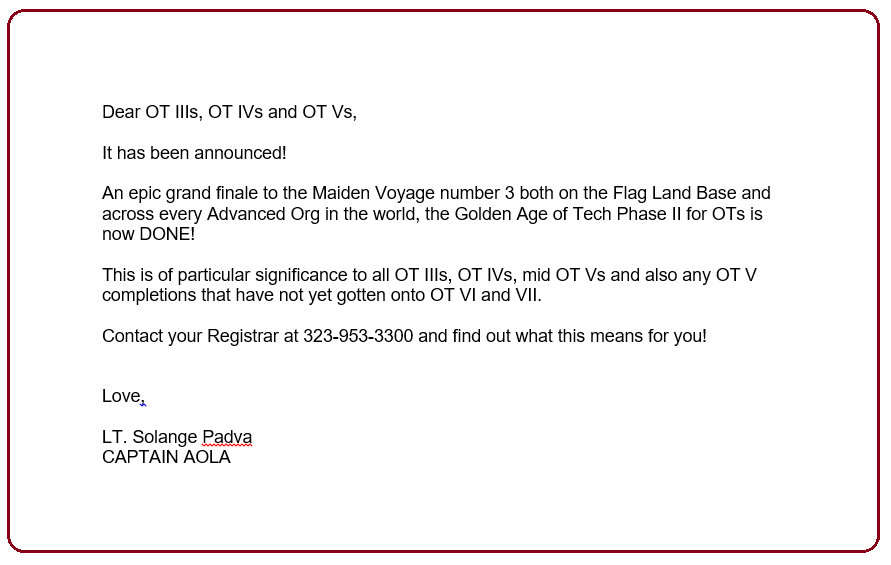