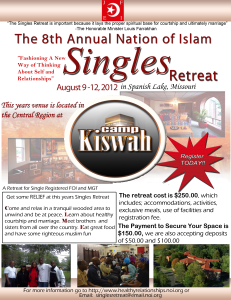 Though this document is from 2012, it is worth sharing. I have never seen it before and I doubt many others have either. It was attached to a comment by Rick Mycroft but I felt it too important to simply be a comment. Thanks for providing this Rick. This Nation Of Islam Singles Retreat was held at Applied Scholastics International Campus in Spanish Lake, Missouri. Apparently renamed for the NOI "Camp Kiswah," this promotional item makes NO mention of Scientology, let alone Applied Scholastics. The only way to be certain that it is in fact Spanish … END_OF_DOCUMENT_TOKEN_TO_BE_REPLACED