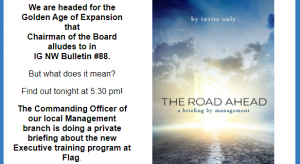 There is always a boom "coming" in scientology. The new "breakthrough" that is going to make everything that has been promised for decades finally come true. But what is so odd about this is that it is an article of faith that they ALREADY have all the technology there is. The ONLY technology. The answers to all of life. So what is now going to be different? Without doubt, absolutely nothing. But these people WANT to believe there is something new just around the corner. This time Miscavige has "repackaged" the Organization Executive Course (OEC). Nothing NEW, just a new format for … END_OF_DOCUMENT_TOKEN_TO_BE_REPLACED 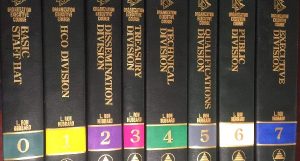 Apparently, the launch of the new Miscavige Organization Executive Course (OEC) is just around the corner. You know the old "green volumes" that contain Hubbard's policy letters on how to run a scientology organization? In fact ANY organization. In fact, the "technology" of how to run galactic civilizations because the system failed after a few million years, so Hubbard improved on it. At least, that was his story. These volumes you see below in a historical photo.   Well, since the early 2000's, Miscavige has been claiming they are useless. And has been threatening to put … END_OF_DOCUMENT_TOKEN_TO_BE_REPLACED