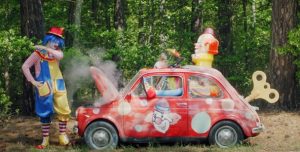 The STAND League has me on a bit of a roll. This ragtag collection of "defenders of the faith" (some of them no doubt doing an "amends project" for some transgression, others doing it to gain "eligibility" for their OT levels) comes up with the craziest stuff. They try to categorize people by association. When Hollis Jane Andrews tweeted about a crazy list of duties for a babysitter job for a scientologist, she earned the ire of the passengers in the STAAD league clown car. Nobody claimed the bonkers list of demands she included were untrue, they simply went after her as a … END_OF_DOCUMENT_TOKEN_TO_BE_REPLACED