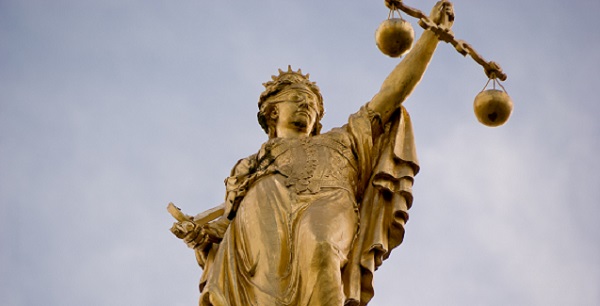 Leah Remini: Scientology and The Aftermath is reaching far and wide. As a result, there are a lot of people coming forward with their own stories of abuse in the church. We set up an email for people to report things (knowledgereports@hushmail.com) and soon hope to have a website (if I can find the time to put it together).

But there is one thing that has come up repeatedly that I wanted to comment on publicly.  The supposed “confidentiality agreements” many have signed. Though this mostly applies to those signed by Sea Org members, most staff and many public have also signed such agreements.

I now come to find that Scientology Ethics Officers have apparently made a habit of lying to people that such agreements (laden with draconian financial penalties for “breaching” the agreement) prevent them from even reporting crimes. This is simply NOT true. NO agreement or contract may prevent you or anyone from reporting a crime to law enforcement or testifying truthfully about it. No matter what some MAA may have said to you, you are not only free to report any crime you witnessed, you have an obligation to testify truthfully about it if you are asked to do so by law enforcement.

But alarmingly, even this lie is apparently embellished even further.

Some people have been convinced by unscrupulous (or woefully ignorant) MAA’s that they must not even MENTION that they signed such an agreement because to do so would be a violation of the agreement. And thus they must not only NOT say anything about crimes they may have witnessed, and if asked, they must NOT say it is because they “signed an agreement.” They must act dumb. Literally. This is a terrible, false and probably illegal LIE designed to suppress evidence of wrongdoing and pervert the course of justice.

Generally, these “confidentiality” agreements that so many people have signed are not legally enforceable. But you might wonder: “So why does the church use them? They have expensive lawyers and surely if they are not valid the lawyers have told them so?” Well, the lawyers HAVE told them so.  But they are counting on the fact that people BELIEVE they have validity and because they have been led to believe scientology will come after them for millions of dollars in “damages” if they “violate the agreement” even though they are useless in a legal sense. The misinformation about these agreements keeps a lot of people quiet. So, from scientology’s perspective, for the cost of a few sheets of paper, they have convinced 98% of the people who have signed them that they may never disclose anything they saw or experienced in scientology. That’s a pretty good cost/benefit ratio.

If you have been the victim of a crime or a witness to it, and you believed you could not report it because you were told you had signed a legal document that prevented you from doing so, it is another scientology LIE.

REPORT WHAT YOU KNOW TO THE APPROPRIATE LAW ENFORCEMENT AGENCY.

In addition to the fact that no contract can prevent anyone from reporting a crime, there are other reasons that make such agreements unenforceable.  What if you are not sure that what you witnessed or experienced is actually illegal, but you know it is wrong, and want to talk about it with someone? Can you?

Generally (and this is put in layman’s terms and is not the advice of a lawyer — but it is the opinion of someone VERY experienced in these matters) you cannot be bound by a contract:

There are other reasons that make a contract unenforceable. But commonly, one or more of the above is true for ANY contract you signed when you were in scientology and almost certainly if you were in the Sea Org.

Scientology is not suing anyone for violating these agreements. They never have and they never will. In recent memory, scientology filed ONE lawsuit over breach of an agreement. They sued Debbie Cook. And her agreement had been drafted specifically for her (it was not a generic “confidentiality agreement” that everyone signs), it was signed on video in the presence of a lawyer who asked if she was doing it of her own free will, and she was handed a check for $50,000 in exchange for signing the agreement. But after one day of testimony about the circumstances under which she signed it and why, the church backed out of court like they had been hit between the legs with as stun gun. That attempted suit went nowhere other than into a disastrous tailspin of horrifying negative media for scientology.

Scientology has not sued me, and I signed these agreements too. They have not sued Marty Rathbun. Or Amy Scobee. Or Marc and Claire Headley. Or Jeff Hawkins. Or anyone. And they all signed them too.

I urge you now: If you have witnessed physical assault, sexual assault, child abuse, been brought into the country by the church under false pretenses, or on a church arranged visa and had your passport confiscated, if you were asked to lie to law enforcement on behalf of scientology or asked to cover up or not report a crime, if you were asked to perjure yourself in a legal case or anything else you believe may be a crime, please step forward, speak up and help put this criminality to an end.

If you do not know where to go or who to talk to, write to us at knowledgereports@hushmail.com.  We will try to respond as quickly as possible. But please don’t send us anything if you are not willing to come forward, we need to devote our energies to those who are in a position to make statements publicly.

As the curtain is drawn back on the truth about scientology, the insidious layers of deception and control are being revealed. And this has concealed a lot of ugly and even criminal behavior that has been ignored or deliberately hidden.

It is time to draw back the curtains for real.

PS: Do not miss the special edition of #ScientologyTheAftermath at 10pm on MONDAY.

Leah and I respond to viewer questions and elicit the assistance of Paulette Cooper, Chris Shelton, Karen De La Carriere and Jeffrey Augustine.