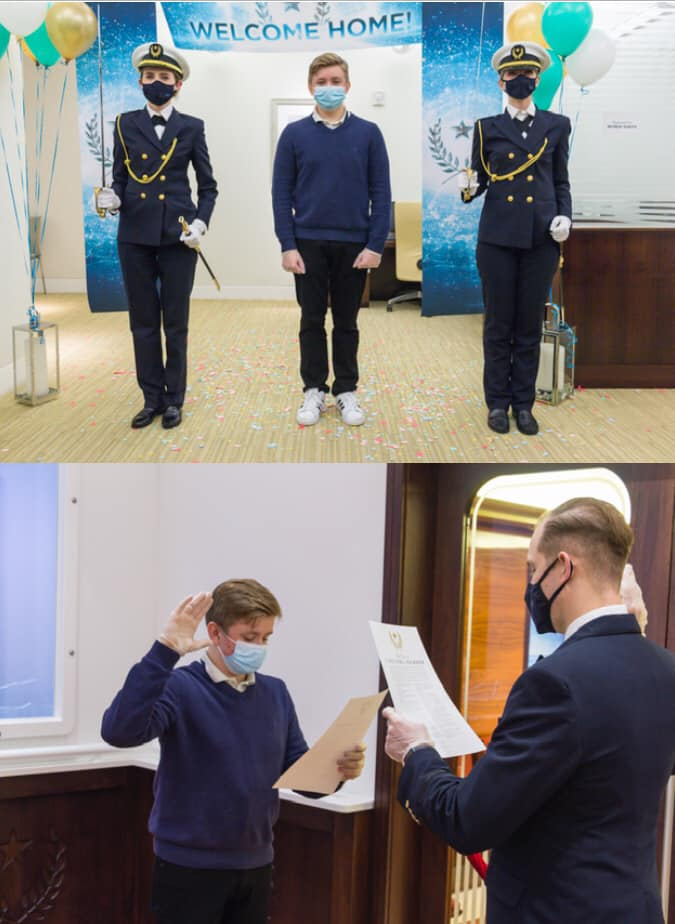 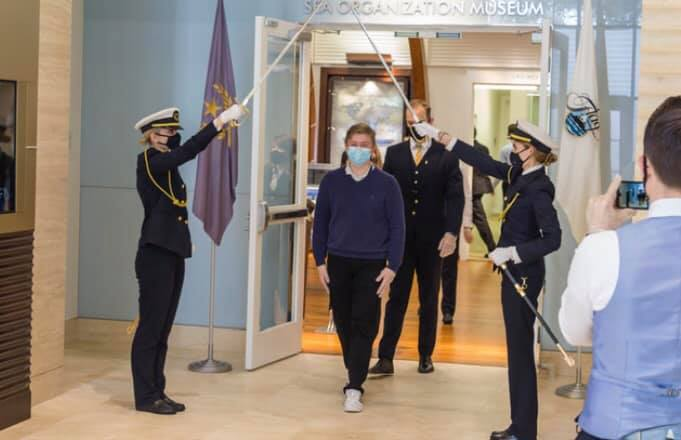 How sad is this. “AJ” from  Minneapolis just arrived at Flag to join the Sea Org. He just graduated high school. No doubt the child of some long term scientologist or staff member.

This is the age I joined the Sea Org — wide-eyed and enthusiastic to save the world. It won’t be long before the promises he heard when they were recruiting him are forgotten and he becomes another drone in the money machine that is Flag. He will soon find out that he now belongs to the organization and his free will is meaningless.

And what about that banner “Welcome Home”… They really are so delusional. As I have pointed out many times before, there is not a documented case in the 50+ years of the Sea Org of anyone “coming back” but they keep the pretense going because that’s what Ron said.