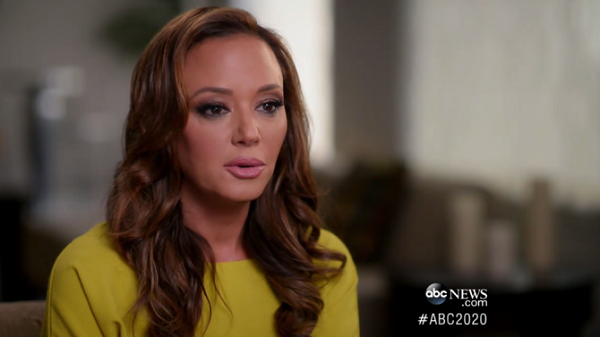 Some somewhat random observations about the 20/20 show last night.

First, I am sure that scientology and David Miscavige HATED the show. They hate anything that is not presenting total puff PR for scientology. If it is not just glamour shots of scientology buildings, glowing statements by glazed-eyed “winning” scientologists or images of Miscavige yanking ribbons on new empty buildings, then it is “suppressive propaganda spread by merchants of chaos.”

Miscavige does have reason to be upset. This show exposed a lot of the bad aspects of scientology to a larger audience than the A&E Show. For that, ABC 20/20 deserves kudos.

They also deserve a pat on the back for devoting an hour to this program. CBS and NBC have not done so.

That being said — this show left a LOT to be desired.

It was a disjointed hash of random pieces of information. Clearly they had put a show together and at the last minute, scientology insisted that they interview Muffins Yingling. And, because NOBODY gets to interview “scientology” spokespeople these days, they took this as a “we cannot pass up” opportunity. So they shoe-horned her stuff in. It was both a good and a bad move.

The single most noteworthy thing about the whole show (not just to me, see Twitter and the comments on the 20/20 site) was how bad Muffins was. She looked terrible. Her answers were evasive and inconsistent. And she looked like she was in one of those movies where people try to blink out morse code messages when they are being forced to do a video to prove they are alive for a kidnapping extortion plot. Ms. Yingling is NOT a scientologist. Despite working for Miscavige for 25+ years, she has never had any auditing and never done a scientology course (she is a failed dissemination cycle).  She knows nothing about auditing, sec checking, TR’s or anything else — just what she has “been told.”  And that alone is a serious indictment of scientology, the masters of communication and the shatterers of suppression have not a single scientologist who can go on TV to represent them.

But in some ways, this has its upsides. There is no scientologist in history who could maintain a straight face answering questions about Joburg sec checks and TR’s like she did. Everyone who has ever done TR 0 bullbait knows she was lying. Everyone who has done Grade 2 knows she was lying. And it is “easier” for someone who does NOT know, to lie. But that being said, ironically Muffins COULD use some TR 0 — she blinks 100 times a minute and apparently has a hard time looking at Dan Harris.

So, she showed the world what a “scientologist” looks and acts like (even though she isn’t one). But of course, because of the amount of screen time she was afforded, she managed to spout a lot of the scientology “PR lines”, though I suspect few believed a word she said.

The lengths 20/20 went to in order to present scientology’s “side” was sad. Tons of footage of scientology buildings and events (and I note they saw the error of their ways so EVERY shot now has extras populating it). Repeatedly asking questions based on the “dead agenting” allegations of scientology about Leah and me and anyone else on the show. Perhaps unlike any other news media, 20/20  act as surrogates for scientology. They talk about “alleged” PI’s following (even though it was DOCUMENTED right on the show that they were PI’s). They slight Leah calling her a “semi-professional anti-scientologist” and allow the church to claim “Leah is just doing this for money” without asking Muffins the obvious question — is she doing it for money. Muffins has absolutely NO dog in the fight, as she says, she raised her sons Catholic. No family members disconnected from her. Nobody comes to her with their lives having been devastated. So, in fact, she is exclusively doing the dirty work for money and NO other reason.

20/20 cobbled together footage from old interviews with me and Marty Rathbun. It was weird and very out of context.

I thought Serge Gil was very relatable, credible and heartbreaking. But they did not even skim the surface of his story – as powerful as it was, it was a completely watered down rendition of what I know Serge has to tell.

When it comes right down to it, the final question Leah asked Dan Harris was the most telling of all. When asked what he thought about scientology losing its tax exempt status he proclaimed it was not his job to have such an opinion. Leah summed up what everyone watching it felt “Dan, you’re an asshole.”

Just imagine Dan Harris and his team doing a show about defectors from North Korea. Would they fill half the show with phony footage of the worker’s paradise provided by the N. Korean propaganda ministry? Would they give credence to the North Korean spokesperson who came on the show claiming the defectors were all just doing it for money as “professional anti-North Koreans”? It would be absurd. And Dan Harris would not be “neutral” about whether N. Korea should be prevented from violating human rights.

Of course, 20/20 could argue that Scientology is not N. Korea.  That would be true. But it is perhaps even MORE outrageous and newsworthy that these abuses are happening right here in the United States!  20/20 have been “investigating” scientology for YEARS. They know the people they have interviewed (a LOT more than those you saw on the show) have told them the truth. They KNOW and yet they don’t have the courage to do real investigative journalism. They try to be “objective” and “balanced,” but that sort of “neutrality” is NOT compatible with true investigative journalism, which at its core is someone with the courage to uncover and expose what others have been unwilling or unable to reveal to the world. Sure, give those whose dirty laundry is being exposed a chance to respond, but don’t give them a free pass to present their propaganda without challenging THEM on what they have discovered. Dan Harris is no Mike Wallace. But he could be. He has more material than Mike Wallcae ever had. He is just lacking one thing. Mike Wallace’s balls.