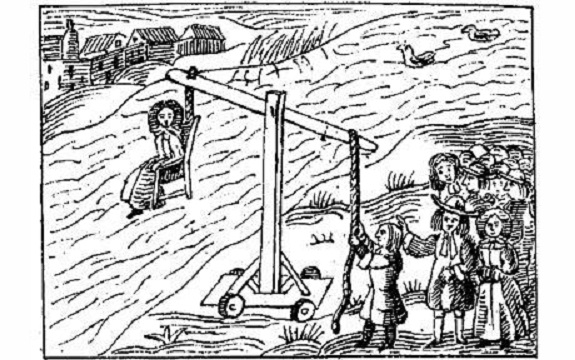 The witch-hunt to curtail the “leaks” from the OTC Minutes continues.

I’ve heard that several org websites and mailing lists – often hosted by normal web hosting companies, and paid for by the orgs – are being abruptly shut down and moved to scientology.net (where their mailing lists can be easily monitored and culled of those whose fealty to Dear Leader is in question), often with no forewarning.
They are sending out OTC Minutes with little changes in them to each person so they can try and nail down who is sending them out.  But that’s pretty obvious as when they come in from different people they are each a bit different. So, I mix them up a little more and add in a few more changes and mix them up a bit. It’s like playing whack a mole.
I suspect that the ultimate result of this is going to be no more “Minutes”. They are pretty useless anyway. I doubt the OTC people read them. If they were there, they heard the bs. If not, they probably don’t want to read it.
But that would not be a bad result. Their reach is being cut constantly. They have no spokespeople. They cannot go on the internet. Miscavige fears being in public. The church of scientology is afraid of standing up and talking to the world.

So, here you go, the newest Flag OTC Minutes, though there isn’t much new.

Call to Order
————-
The OTC’s Chairman, Kaye Champagne, welcomed the attendees. Kaye then welcomed and introduced our new CES (Communications Executive Secretary) — Sue Young — who is over Div 1 and 2 of the Org Board.

Our “Recruitment of OT Committee Members” Officer (Chantal Valtin) welcomed all of the new members who were in attendance — Michele Carter, Shelley Jaffe, Joyce Nicoletti, Drew Robb, and Maria Robb.

Announcements
————-
Kaye announced the following completions since last week:
– Peggy Patrick had completed New OT VIII.  Peggy came to the front and shared some wins; she said that it had been “a phenomenal action”, and one which is hard to put into words.
– Betty Carlton completed New OT VII, and gave some wins; she said that “it’s everything I had expected and more!  I did the new Advanced Solo Auditor’s Course, and then within a few weeks, I’d completed the level.”
– Sue Young comped Super Power!
– Jack Dirmann comped the 4th ACC!
– Kyra Delaware completed the Survival Rundown!

The 10,000 on Solo NOTs Officer — Naomi Davis — announced that Michael Chan would speak at the “Keys to OT” event, which will be held in the Ballroom at 7 PM.  A large turn out is expected, so it will be earlier than usual.  He will speak about “How to Get Energized to go up the Bridge”.

Debbie announced that the Clearwater Community Volunteers will be holding their annual “Gi-normous” Easter egg hunt on April 20th (Easter Sunday), and they could still use more volunteers!  During this event, thousands of “The Truth about Drugs” and TWTH booklets are distributed, and — there to provide assists and more, will be our Volunteer Ministers!

On behalf of the IAS, Debbie announced that we’re very close to achieving our highest-ever stats for the numbers of memberships and statuses, encouraged us to work on our own statuses or donations — and help others to do the same.

Kaye further announced that Sunday Service is at 11:00am on Sunday mornings in the Grand Chapel, and IT IS AMAZING!

In our game (to get 100% of Flag OTC members onto service), we are at a whopping 95% — we only have 17 members to go!  The Div 6C Sec. FSO (Roxanne) added that we can get the 100% by Wednesday evening — then announce this achievement at Flag Graduation on Friday.

There’s a survey to be filled out — those who’re interested, see Kaye after the meeting.

A Captain’s Field Briefing will be held on Sunday May 4th, from 11 AM.

Sue (D/Chair) reported the following stats from the last week of production:

Sue also briefed us that we’re at “Highest Ever” on most stats, but still need to work on IAS donations (so they can be up over last year) and also keep the flow of Arrivals going.

Production
I’ve heard that several org websites and mailing lists – often hosted by normal web hosting companies, and paid for by the orgs – are being abruptly shut down and moved to scientology.net (where their mailing lists can be easily monitored and culled of those whose fealty to Dear Leader is in question), often with no forewarning.

Kaye set a target that we get the remainder — 17 members out of 414 — of our members onto service by Wednesday.  Kyra and Kaye went through the list of those who aren’t on service, and several members present took responsibility for contacting these people.

Kaye read an LRH quote from a PL entitled “Slow Admin”, and then led us in a round of applause for LRH, before adjourning the meeting.

Funny, the only number they don’t include is the amount of money to the IAS? Wonder why?

IMPORTANT ARTICLE: See Tony Ortega’s blog this morning for a VERY interesting article about the state of Narconon Arrowhead with internal stats.