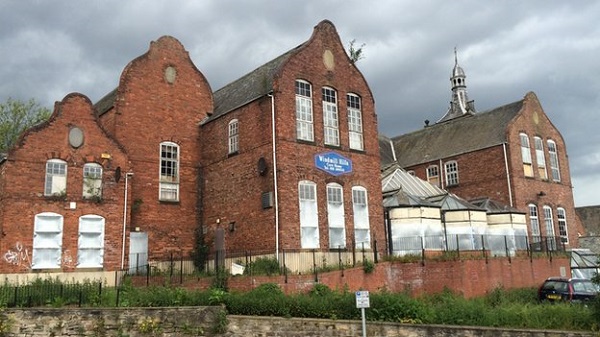 The recent article on the South African blog about the sad state of Capetown “ideal org” reminded me that it was time for an update on this most important of all scientology endeavors.

You no doubt recall the fanfare (in scientology this is a euphemism for high pressure sales pitch) with which this monumental, milestone strategy was launched back in 2003. It was based on David Miscavige’s “why” that unless orgs were “complete” they could not perform their functions and thus would fail. And that by putting “ideal orgs” there they would in turn create new groups, missions and other orgs, not to mention Narconons and WTH chapters and Applied Scholastics groups etc etc.

And, for the dedicated public at the top of the bridge, it was a welcome relief to know that all they had to do to be allowed access to the fabled OT IX and X was “build every org to ideal” and no longer have to worry about the totally unreal target of “all orgs to St Hill size” (the original arbitrary Miscavige had put in place for the “release” of the non-existant “first true OT levels” in addition to the absurd “prerequisites”).  St Hill size org announcements were slowing down, they required trained auditors for the Universe Corps and worse still, they required actual expansion. The “ideal orgs” was a wonderful plan as it made the “OT’s” responsible for achieving the target because they were told THEY were responsible for getting the money to build “their orgs” to “ideal.” If there was no OT IX and X it was now THEIR responsibility.

While Miscavige has continued to try to bullshit the world with his 47X international expansion and “greater than ever in history” and this is “the golden age of scientology” let’s take a minute to wake up and smell the coffee.

First, the undeniable FACT that after 12 YEARS there are only 39 “ideal orgs” out of a total of 133 (not counting Day and Fdn separately).  That is 30%. And clearly, those are the easiest ones. If the same pace continued, the “ideal org strategy” will complete in 25 years — 2040.  The “die-hard” public that hang around in these orgs awaiting the “golden age” (the only public most of them have) will have died hard long before then.

But, the rate of ideal org openings is on a steep decline. In the last YEAR there has been ONE “ideal org” opened (not counting the new carpets and paint in AOSHEU, ASHO and AOLA) — Sydney in MAY 2014. Not a new one in 9 months. The one before that was Taiwan in December 2013 and before that was Portland in May 2013. At this current rate of 1.5 per year, it will take 62 years to complete the existing orgs. That’s 2077. Even most of the kids of the die-hards will be gone by then.

Third, ONE “new org” has been opened during this time, Kaoihsuing, while at least 8 have been closed/”consolidated” (LA Fdn, ASHO Fdn, SHF, Copenhagen, CC Ldn, CC Dallas, CC LV, CC Ptl and maybe others I have forgotten). Based on that trend of a net loss of 7 orgs per decade, after 62 years there will be 90 orgs left in the “worldwide network.” Back to 1970’s levels.

Fourth, the Mission Network is SMALLER today than in 2003, so too every other “affiliated” organization NW. The reach of scientology tentacles into society have retracted like a sea anenome poked with a stick.

Fifth, this is a list of buildings that I know of off the top of my head that have been purchased and sit empty (like Capetown):

There may be others (list updated and completed thanks to a former honcho from the Int Landlord Office). They are an eyesore, a drain on local org resources and undeniable proof that this strategy has NOTHING to do with “clearing the planet.” It’s only purpose is “clearing the pocket” of the sheeple. I well remember the frantic actions to get a “fly through” done of the New Haven “ideal org” for Miscavige to show at an event in around 2005. And virtually every one of them has had the same treatment — computer generated “fly throughs” showing the magnificence of these “ideal orgs” and it is as real as Nancy Cartwright’s character. But it has served a purpose. It hypnotizes people into thinking they are seeing reality.

Miscavige’s brilliant strategy has not, after a dozen years, proven to be a “right why.” But it has proven to be a lucrative source of income. The coffers have swelled with cash and property investments. The promised expansion of scientology has not happened — it has continued to shrink. There are LESS orgs, LESS missions, LESS Narconons, LESS Applied Scholastics groups that when the strategy was implemented in 2003.

Those orgs that have been “ideal” for more than a decade continue to struggle to keep the lights on, let alone “flourish and prosper.”

The clubbed seals are hammered with pronouncements of “massive expansion” and even have graphs without numbers that “prove” one or another “ideal org” has expanded “since going ideal.” No doubt they increased their weekly WDAH from 0 to 10 with some people co-auditing on Objectives. They probably got some people in to watch films — not NEW public, but old public who were curious to see the new premises. But there is not a single org — not even Tampa which is like an FSO remora feeding on its cast offs and staffed by Flag public and their children — that can honestly demonstrate any expansion: Well paid staff. Any impact on their community. Any new Missions or groups as a result of their massive outreach into the community. Any volume of service completions that are not just a few random Purif or Objectives redos by “OT VII’s.”

Most are simply sad, empty buildings with the same few people who have been there for 10 or 20 years, going on hoping that the next big thing is going to bring them what they dream of.

Miscavige and his flock try to blame the media. Or the “squirrels.” Or the Psychs. Or Big Pharma. Or, or, or…

None of those things are better “why’s” than Miscavige’s ridiculous “the orgs are trying to do too little, we are doing away with gradients, it’s straight up and vertical” pitch that launched the sinking ship that has become the ideal org program.

They are wallowing in their own creation, whining about how they are being “attacked.”

What a terrible existence to be so unthinking, unanalytical and unconscious — while asserting to the world that scientology gets them to “think for themselves,” teaches them “logic,” and makes them more aware and conscious.

It’s like an episode of the Twilight Zone. Or a pulp science fiction story.