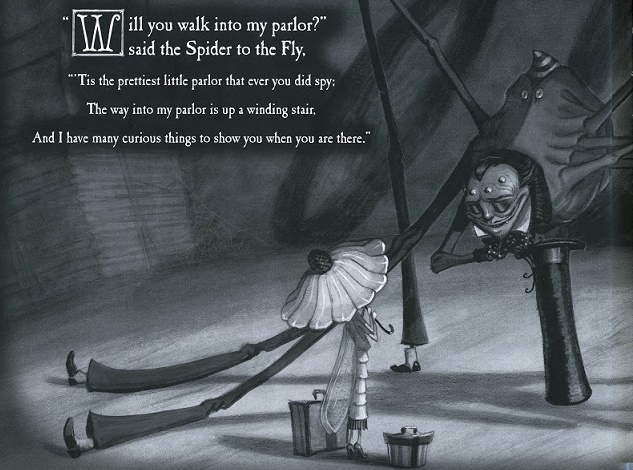 A report sent in by a Special Correspondent concerning the reports of LA Org SO members on a bodyrouting binge “bringing in 600 new people for an intro service each week.”

Surprisingly, that may be a bit of an exaggeration….

On a sunny Sunday afternoon we decided it was time to check out the hunting grounds for LA ORG . We wanted to see what is up with the claimed 600 bodies flooding the org every week. So we took a 40 minute observation sample.

A crew of 10-12 Sea Org body routers were strategically positioned on the four corners of the Sunset/Vermont intersection. In the upper right corner you see the Metro Subway Station Sunset/Vermont. 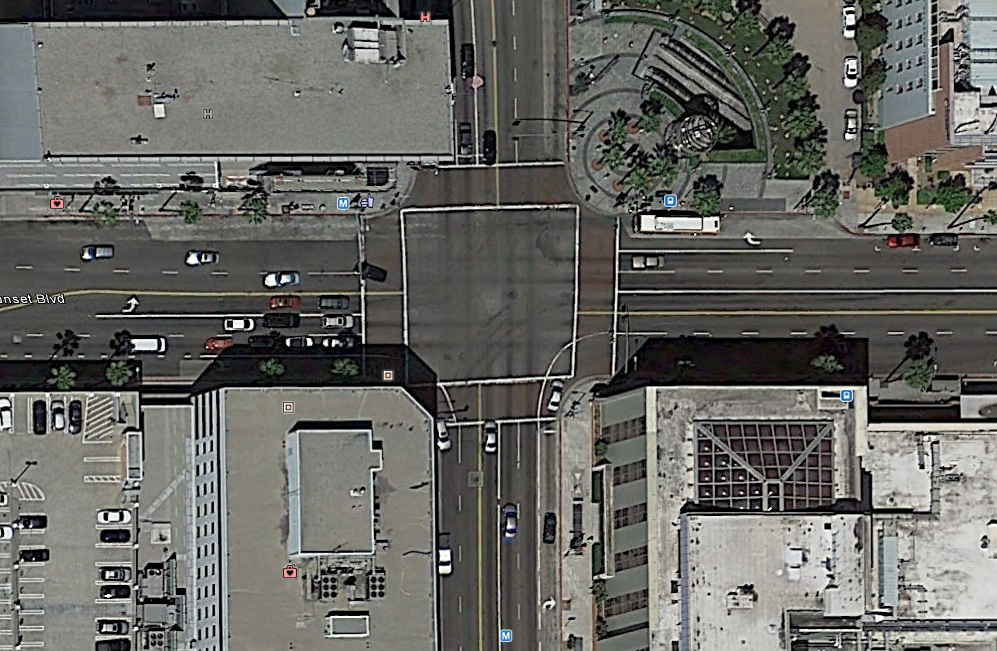 We took our observation post right in front of the entrance to the Metro Station. This caused that corner to be hastily abandoned by the body routers, they reinforced their efforts on the other street corners. (So much for the “How to confront and shatter suppression” course they have all done).

We gave them names, as they were moving around between the three corners.

The Three Hotties:  a team of young women. They did not look too motivated and not too happy either…… 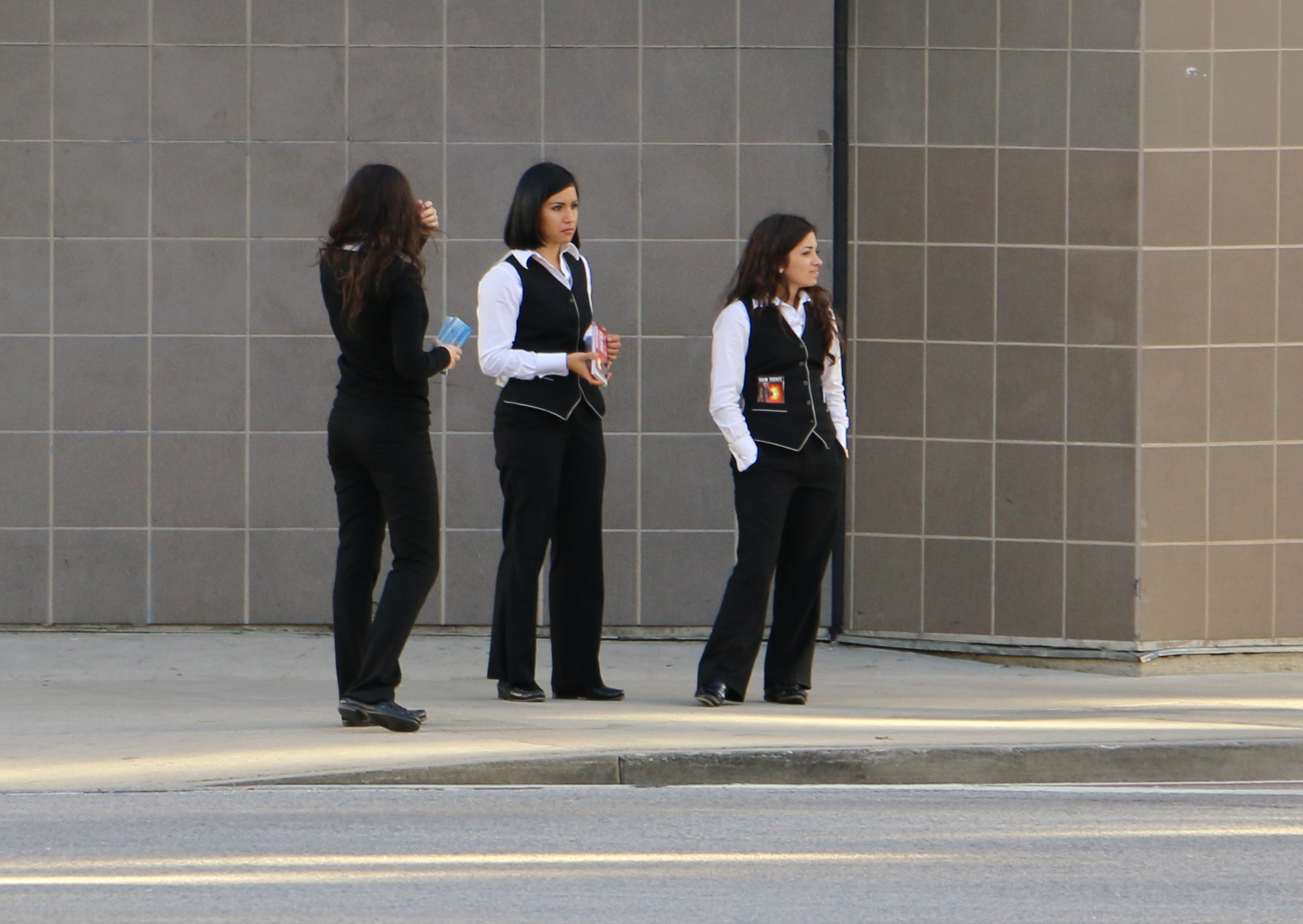 …Wyatt Earp, Grandpa and the Valet…. 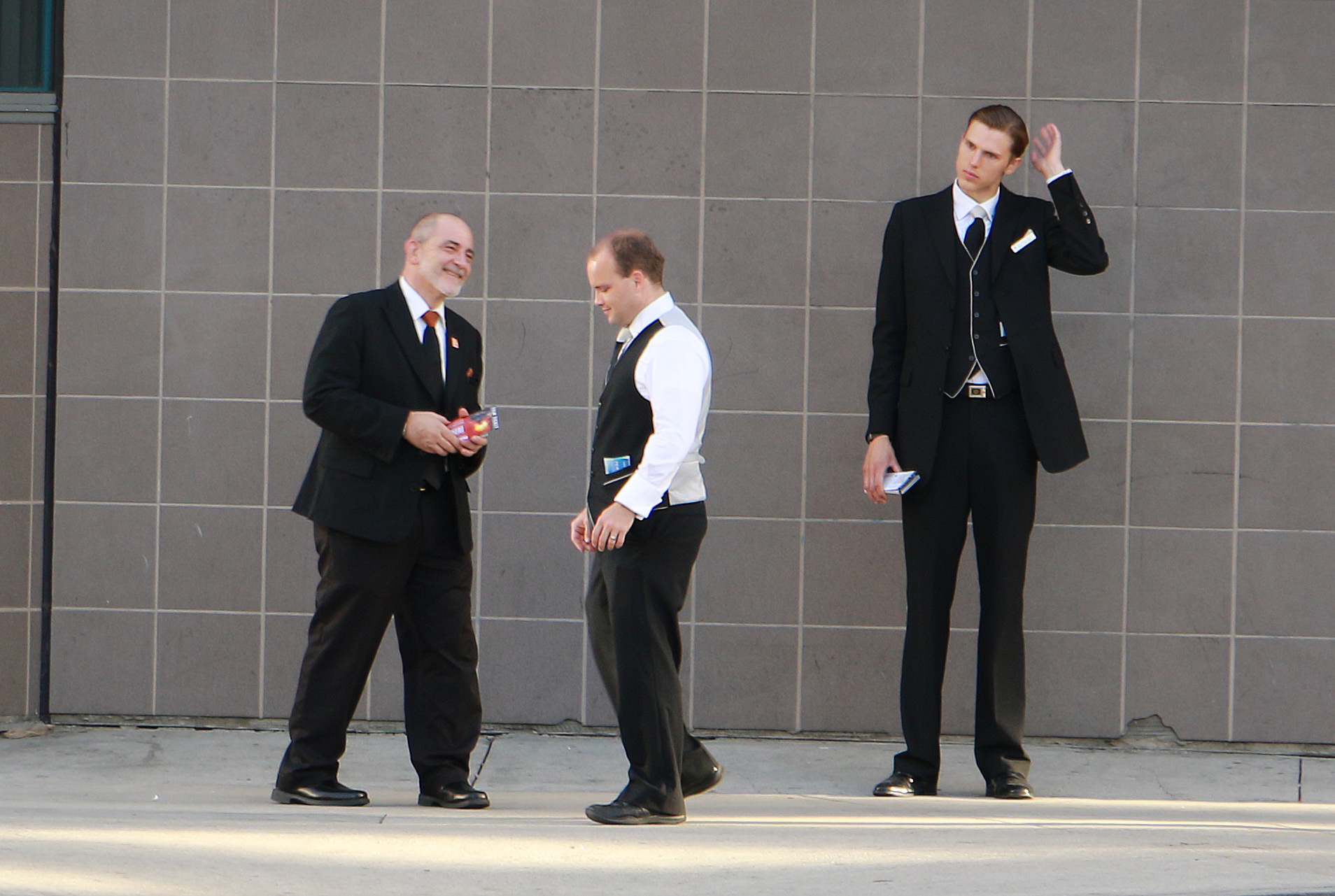 …The Madam and her running boys… 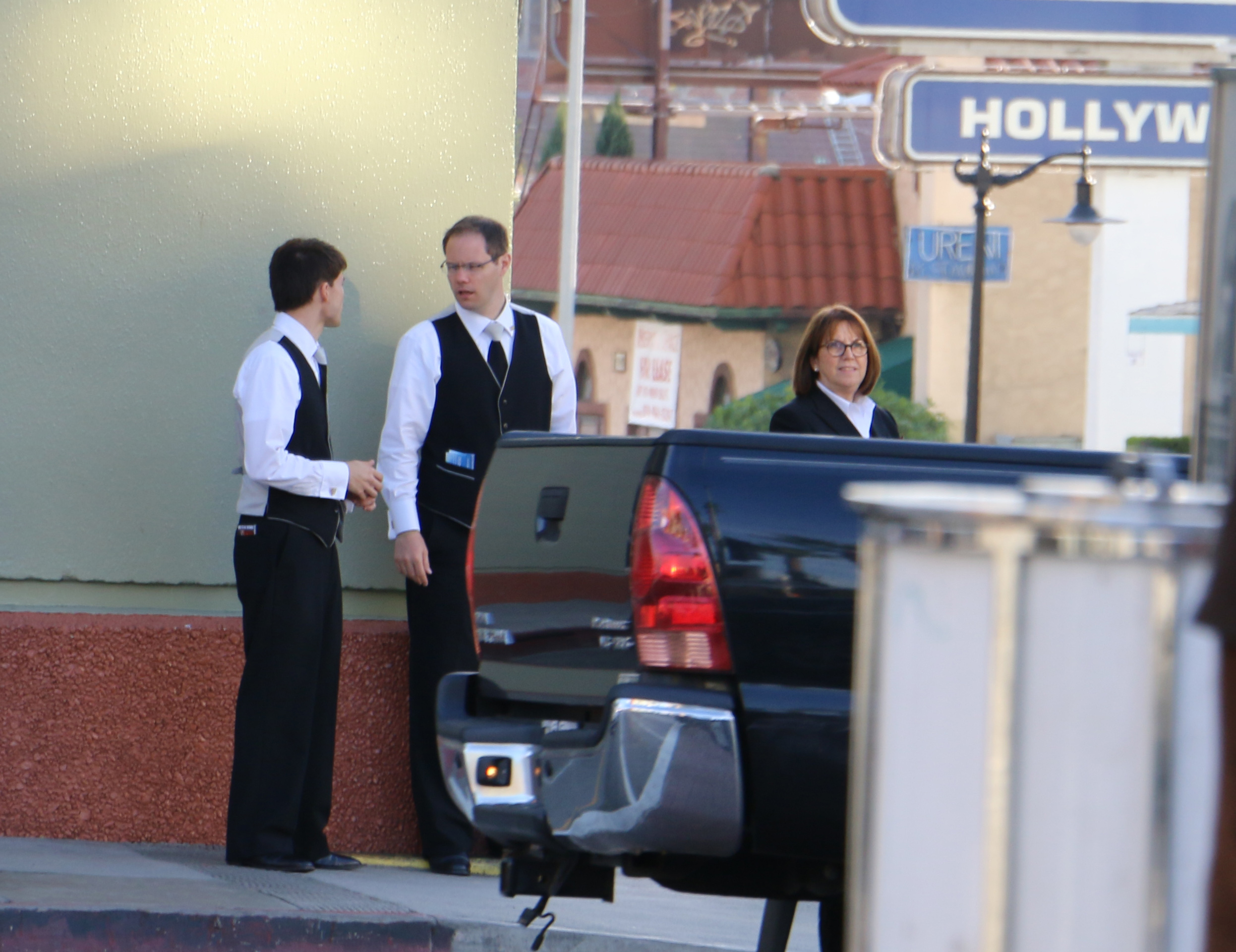 ….and the Upper Class Ladies: 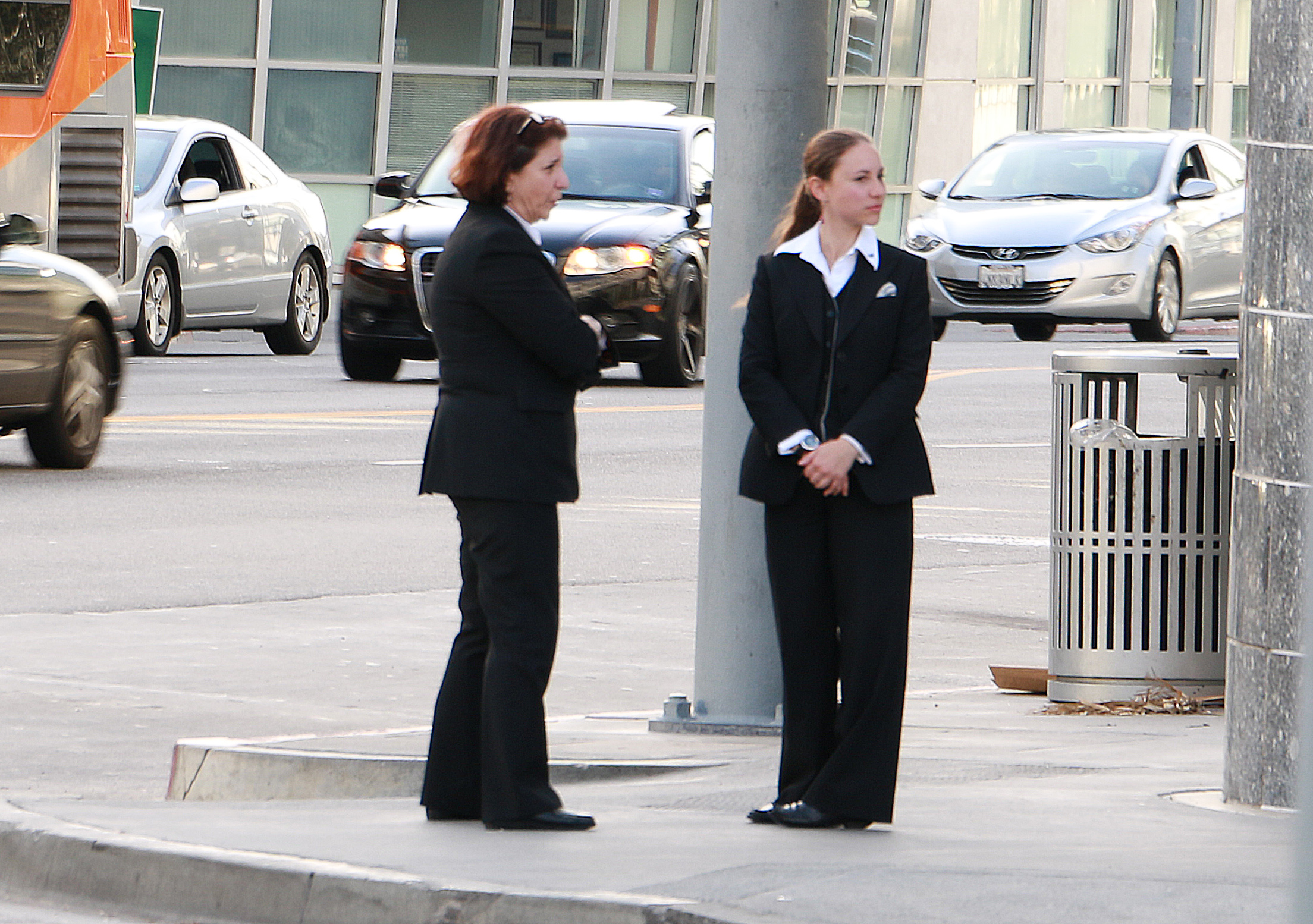 This was Sunday afternoon.  During the 40 minutes we watched the 11 man/woman crew was able to corral less than a handful of people and routed 2 towards LA Org. One was a woman with a small child and they were probably brought to the “Winter Wonderland” in the LA Org Parking lot.  The best estimate was about 2 people body routed per hour. With maybe 70 hours per week feasible for body routing this extrapolates to about “140 bodies in the shop.”  I think this estimate is high, as during workdays people will pass through this area at a far less leisurely pace and are much less willing to be distracted than on a lazy Sunday afternoon.

The operation was quite well organized. The 3 man/woman team worked using a pattern where 2 operatives blocked the path of the target, while the third held watch and was ready to catch any possible escapees of the ambush.

Here we see the two running boys blocking the way while the Madam has their back. 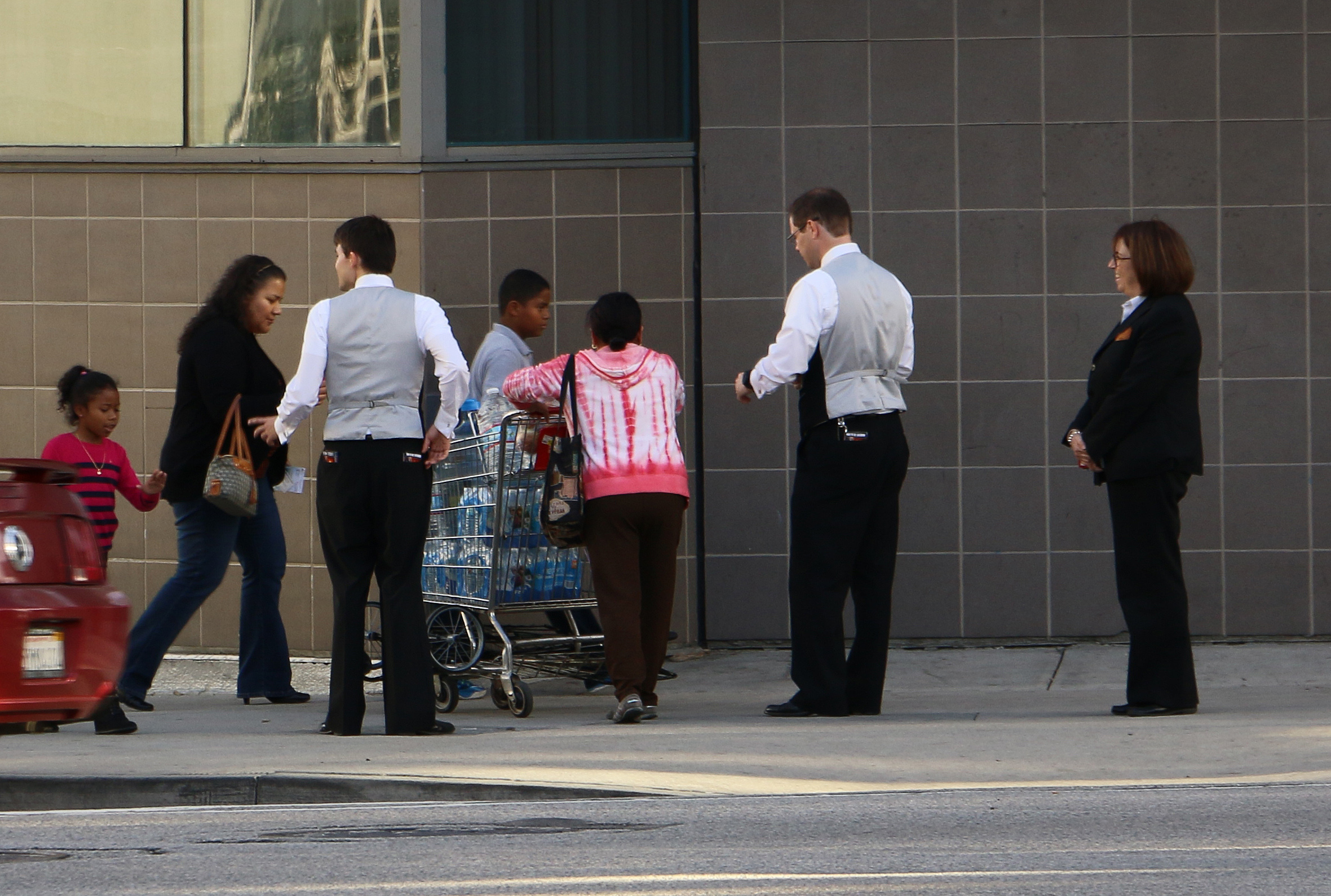 Grandpa and the Valet swoop in with the two pronged attack, while Wyatt Warp provides Air cover: 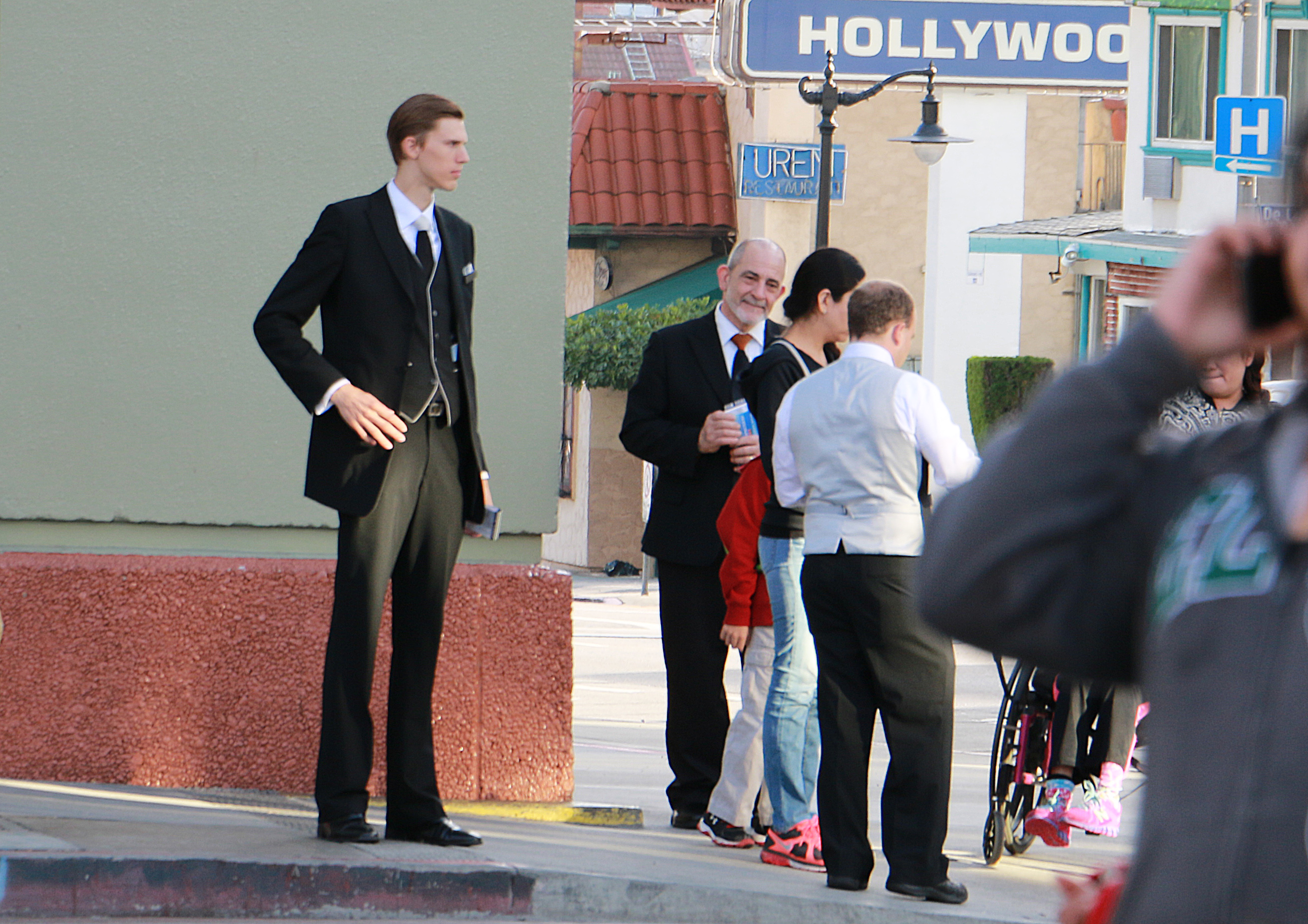 The vast majority of people did not talk to them or take any of the cards offering free personality tests they tried to hand out. It must be very frustrating for the most ethical group on this planet to experience this refusal. The reaction of the two upper class ladies, when a friendly elderly gentleman passed them by, was especially interesting and the looks on their faces spoke volumes. These photos were shot seconds apart. 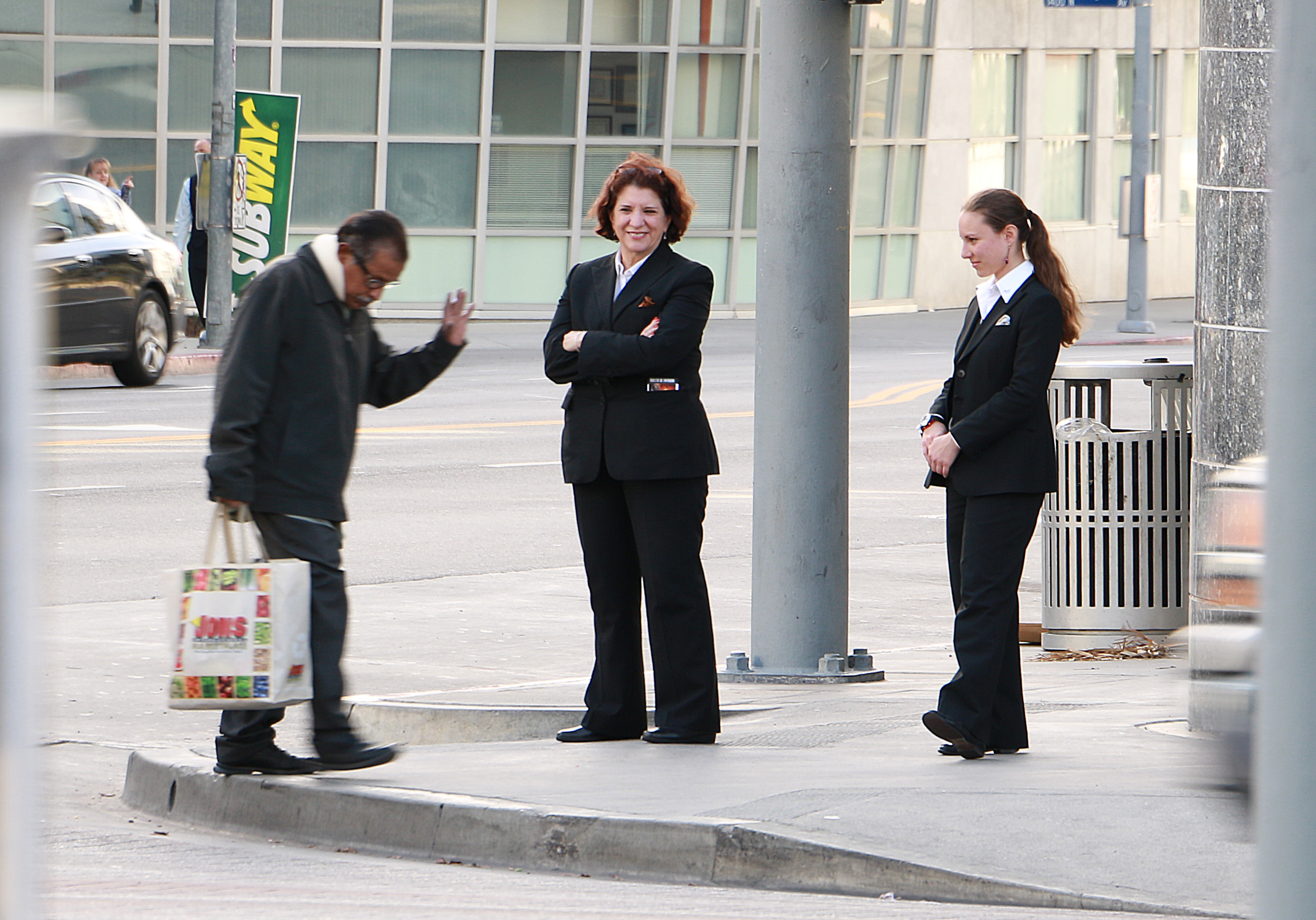 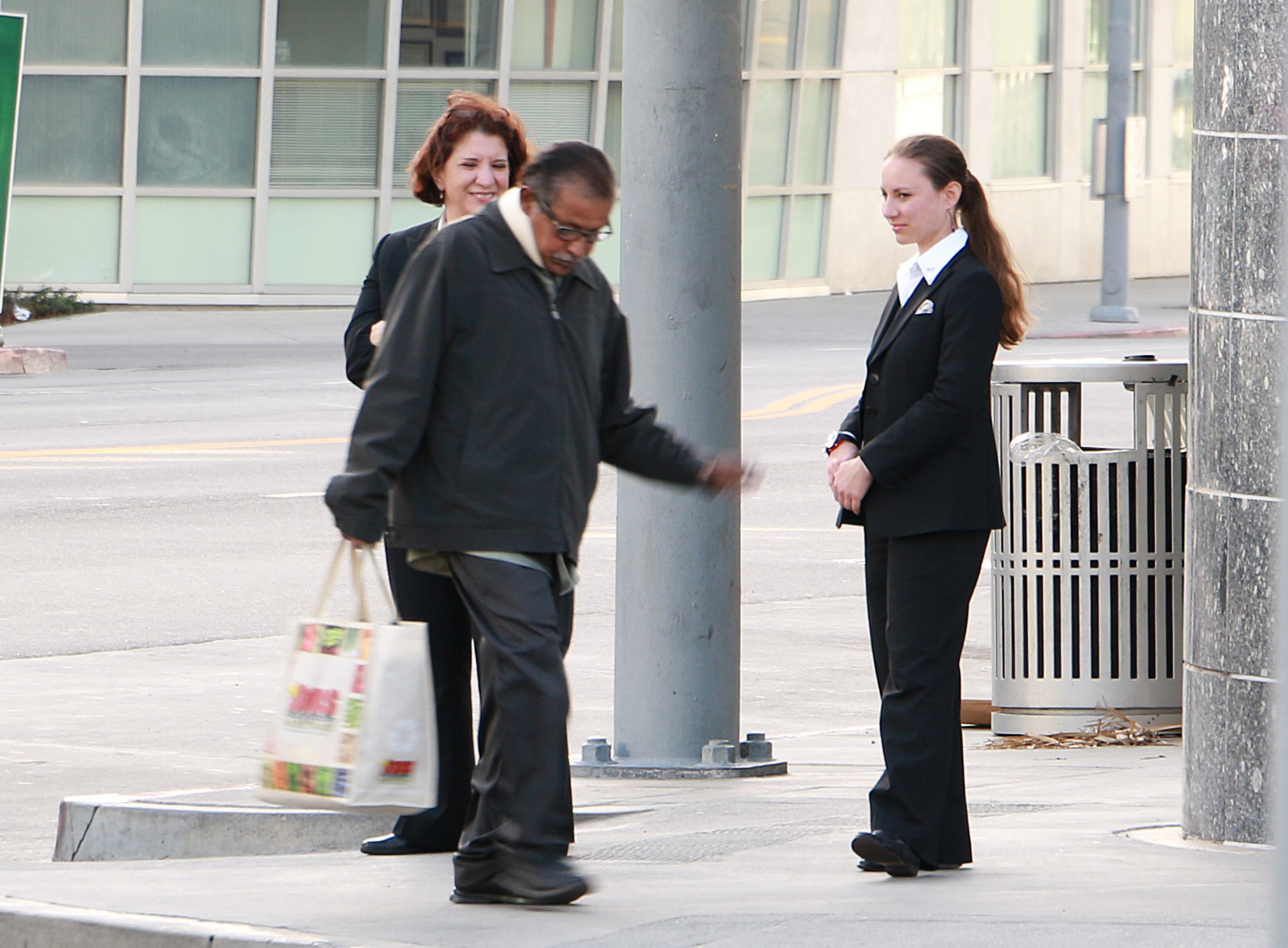 ………something tells me wogs are more perceptive than these upper ladies think…….. 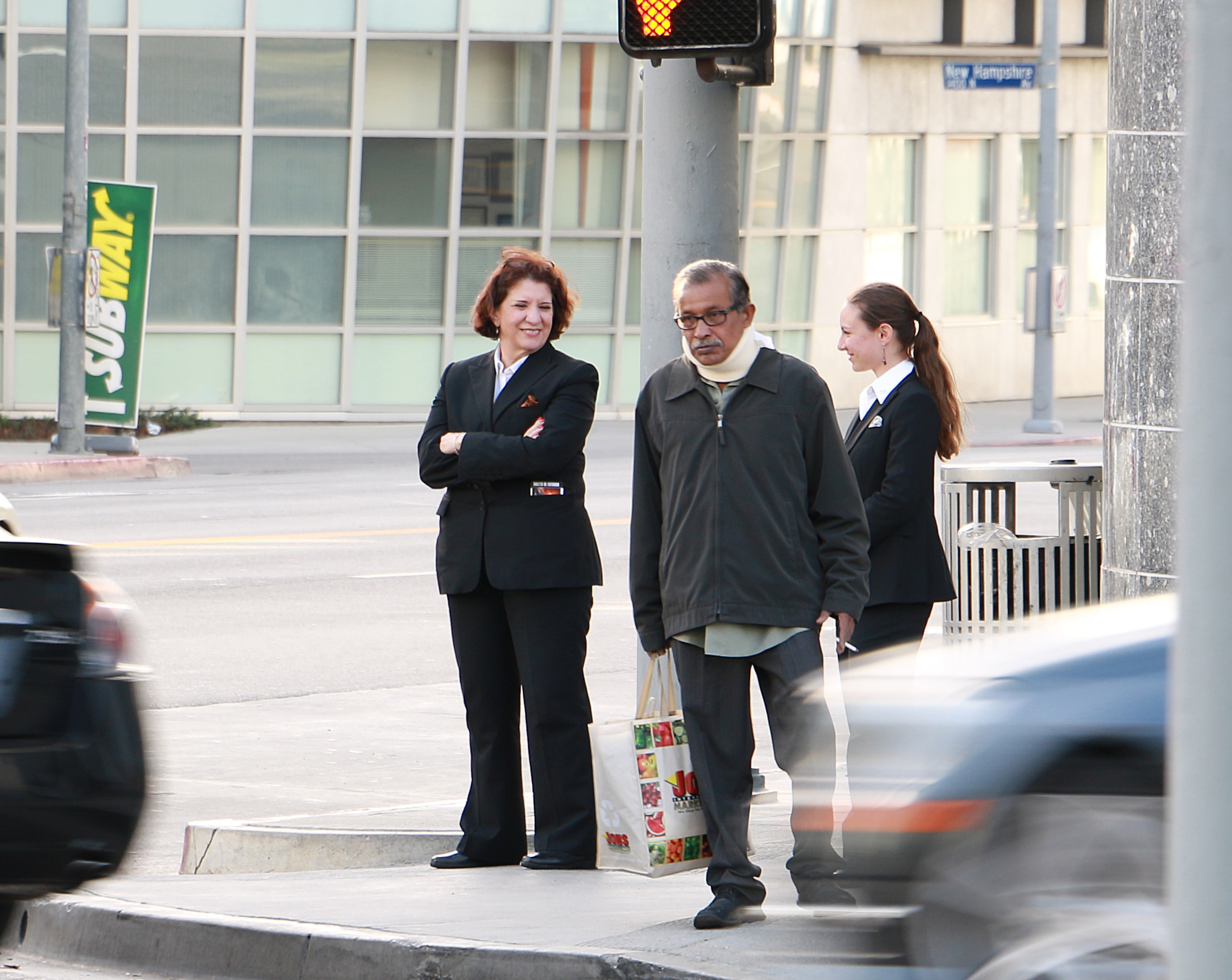 ….but of course, LRH knew that nothing makes a psychotic feel better than when he can look down on another human being….. 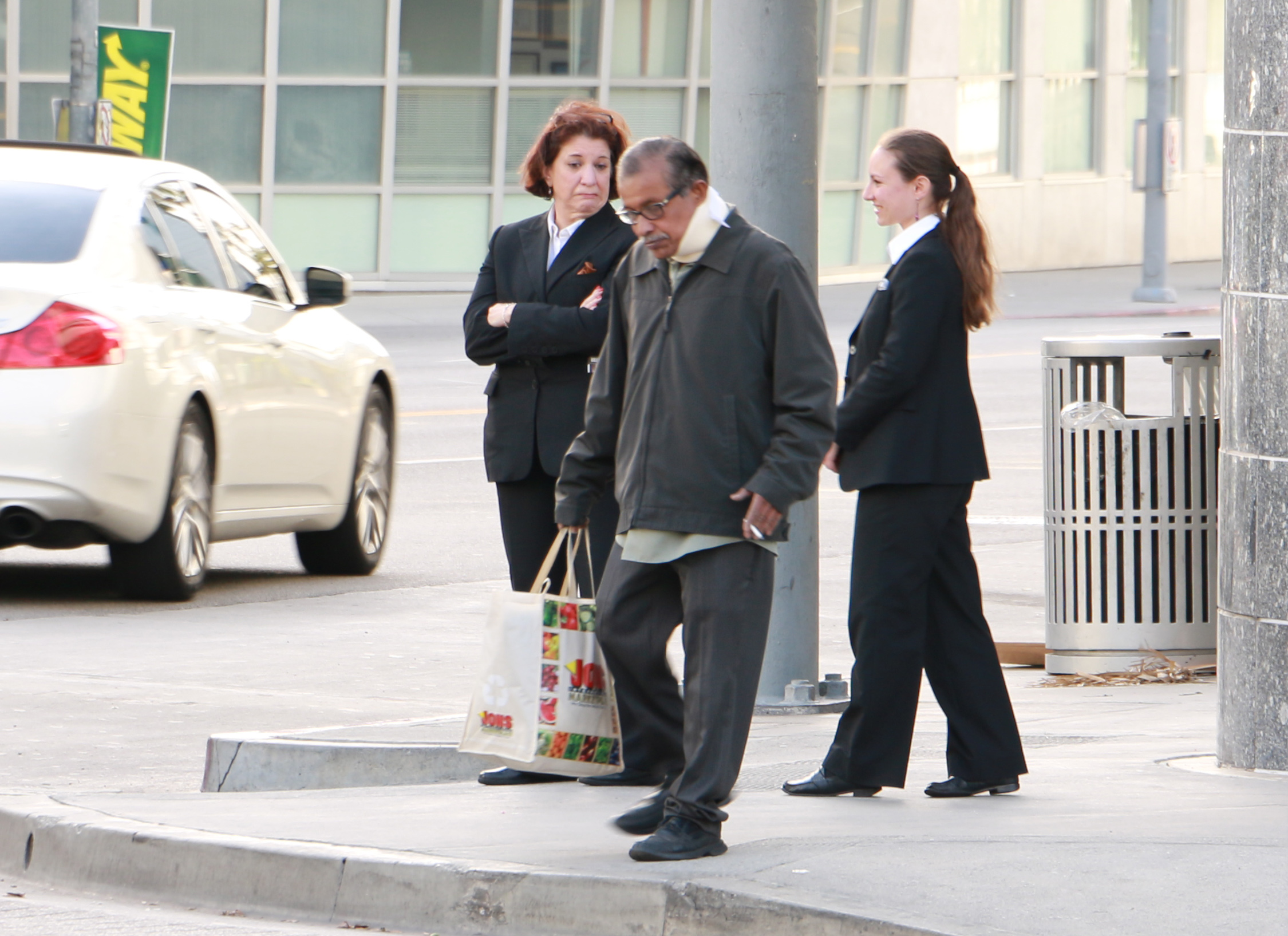 …..and here we have it, the almost perfect contempt for a fellow human being. He greeted them in a friendly manner, but his cervical collar and wardrobe choices gave him away. To the seasoned SO Member, this guy is PTS, old, not rich — and thus not body routing material. Not even willing to engage him in a friendly conversation while he is standing waiting for the light to change. Guys like him don’t need their help. 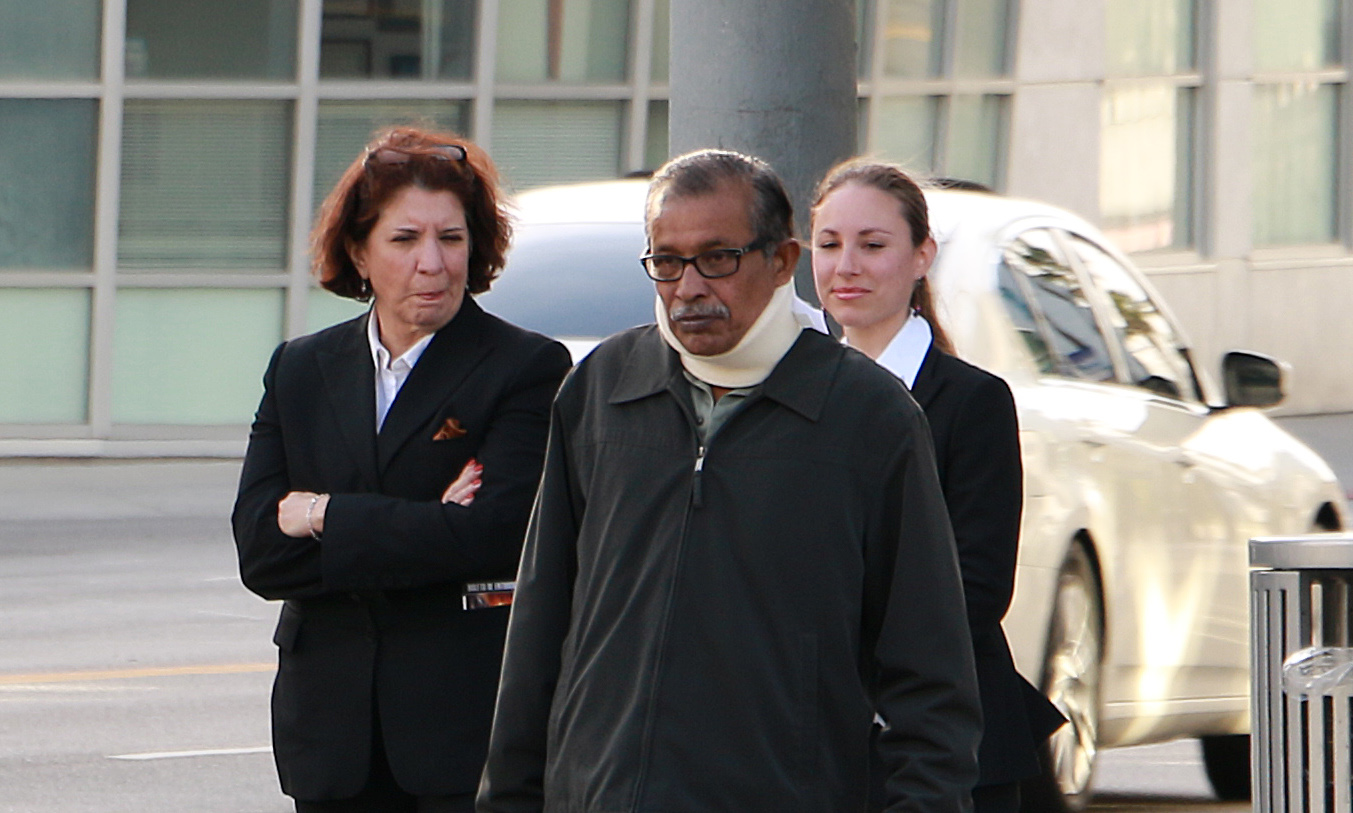 I invite anybody to spend some time at the corner of Sunset and Vermont and watch these characters at work. It is fun, entertaining and revealing.

The funniest part was when several police entered the intersection on foot. Wyatt Earp and his crew made a hasty departure in the direction of LA Org. As soon as it became clear the police were heading for the entrance to the Kaiser Permanente building they calmed down and slowly worked themselves back into the intersection. 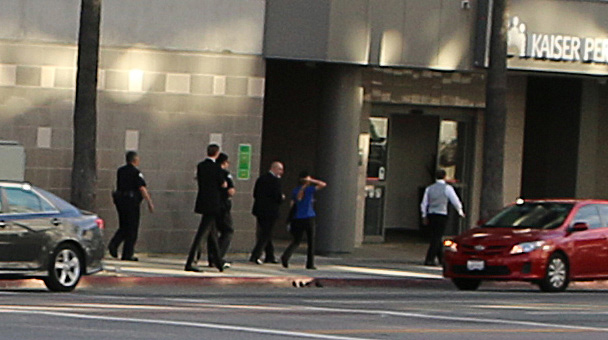