So much for the first month — a big fat nothing. None of the four epic accomplishments was done….

Wonder how many people are sitting around at Flag waiting for anything to happen — desperately trying to avoid the regges? (Good luck with that) 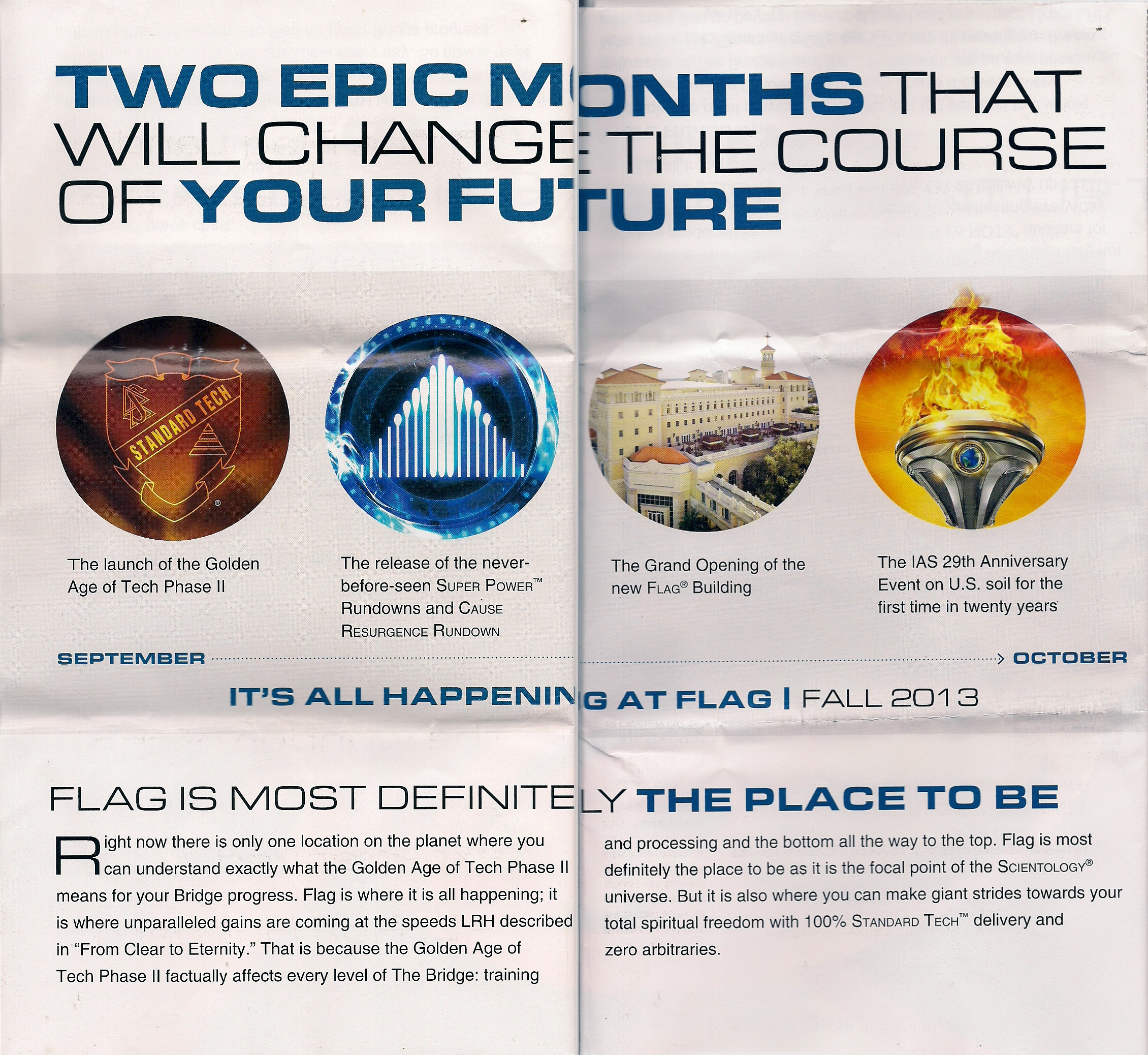 Now they are piling on. Promoting the wonders of the IAS event “directly following” the opening of the SP Building and release of GAG II.

Make your plans to attend. We are just not telling you WHEN it will be. But when we finally make up our minds a week before the event you will be expected to be there.

And finally, Flag is in on the act — attend EVERY Friday Graduation (except when Voldemort decides to cancel it on Friday afternoon like the last 2 weeks). And, be sure to keep “every weekend open from now through the IAS event” — EXCEPT we are not telling you when the IAS event will be.  Except that it’s not September or October. But, rest assured, you can make plans for this event just as you did for the Freewinds Maiden Voyage and Auditor’s Day. It is happening until we tell you it isn’t, then you just need to forget we said anything at all.

The mass confusion is spreading. This is publicized mayhem being played out in public for all to see.

Ignore all the hype about golden ages and new civilizations and monumental tidal waves of outrageously standard on Sourciness and just read what they are saying.

We are so incompetent we cannot plan or execute these massively important events and announcements. We don’t even know when they will be. And this from the masters of organization and stat manipulation that can count the number of pages of “new tech” shipped to Flag and the individual grommets in the tent and the precise number of drills passed by the 947.3 students studying the “streamlined” meter course.  And the events cannot be planned more than a week in advance??

In the words of my old friend, Earl Cooley, Miscavige and Co. don’t know whether to shit or wind their watches.