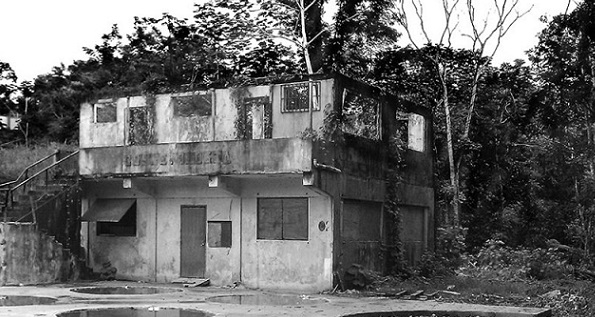 An artist’s rendition of the planned “ideal org” – the artist is not a big fan of the ideal org strategy.

These bubbledwellers are so condescending. And I doubt they are even faintly aware of it. “There is not one Puerto Rican who does not have a desire to do better…” Among other statements.

And her grammar, vocabulary and understanding of geography is about 5th grade level. Puerto Rico is “off the cuff” of the US? An ideal org in Puerto Rico is “our way to really create a huge WTH movement across all the Western Hemisphere”

But the really good news — Puerto Rico is only “1.4 million miles away” from buying a building. Why they don’t just say dollars really is bizarre.

If they get $1.4 million for Puerto Rico in the next 2 weeks I will put on a David Miscavige bouffant wig and parade in front of the Ft Harrison with a sign that says “Mike Rinder is a bigot, liar and poopy pants.” They are totally and utterly unreal. The org moved out into the sticks because it couldn’t pay its cheapo rent! And they’re going to raise 1.4 million in 2 weeks.

And just out of curiosity — why are they wanting to buy ANOTHER building when they already have a bunch of empty buildings they can’t afford to renovate? How is Puerto Rico “next” in the strategy?

What about New Haven? It’s been sitting there empty for at least a decade? Detroit? Chicago? Philadelphia? Battle Creek?

And poor Boston? They sold their beautiful building, bought a p.o.s. that was totally unsuitable, moved into the boondocks and don’t have a building STILL.

Long Island? Closest org to the CLO (other than Harlem, STILL not done). It’s never even been mentioned. Columbus? Orlando?

Oh, and what about the rest of the Eastern Seaboard — Maine, New Jersey, Delaware, Maryland, Virginia, North Carolina, South Carolina. None of those states even HAVE AN ORG? Some of them don’t even have Missions? Not to speak of Alabama, Mississippi, Louisiana, Arkansas, Kentucky, West Virginia, Vermont, New Hampshire, Rhode Island and maybe I missed some doing this off the top of my head. None of these states have orgs at all.

So, here is the strategy. Ignore more than half the states you are responsible for and do nothing to even try to get an org there.

Instead, rah rah people to raise money for a building in Puerto Rico for an org that could not pay it’s meager rent.

Who knows what it is closest to? The Bermuda Triangle maybe? Haiti where the WTH transformed society already?

This is the best proof of all that the “ideal org” strategy is destroying what is left of scientology. There is NO attention or intention to do anything that would make sense. Just collect money to buy buildings that will sit empty — before they are renovated and after…. 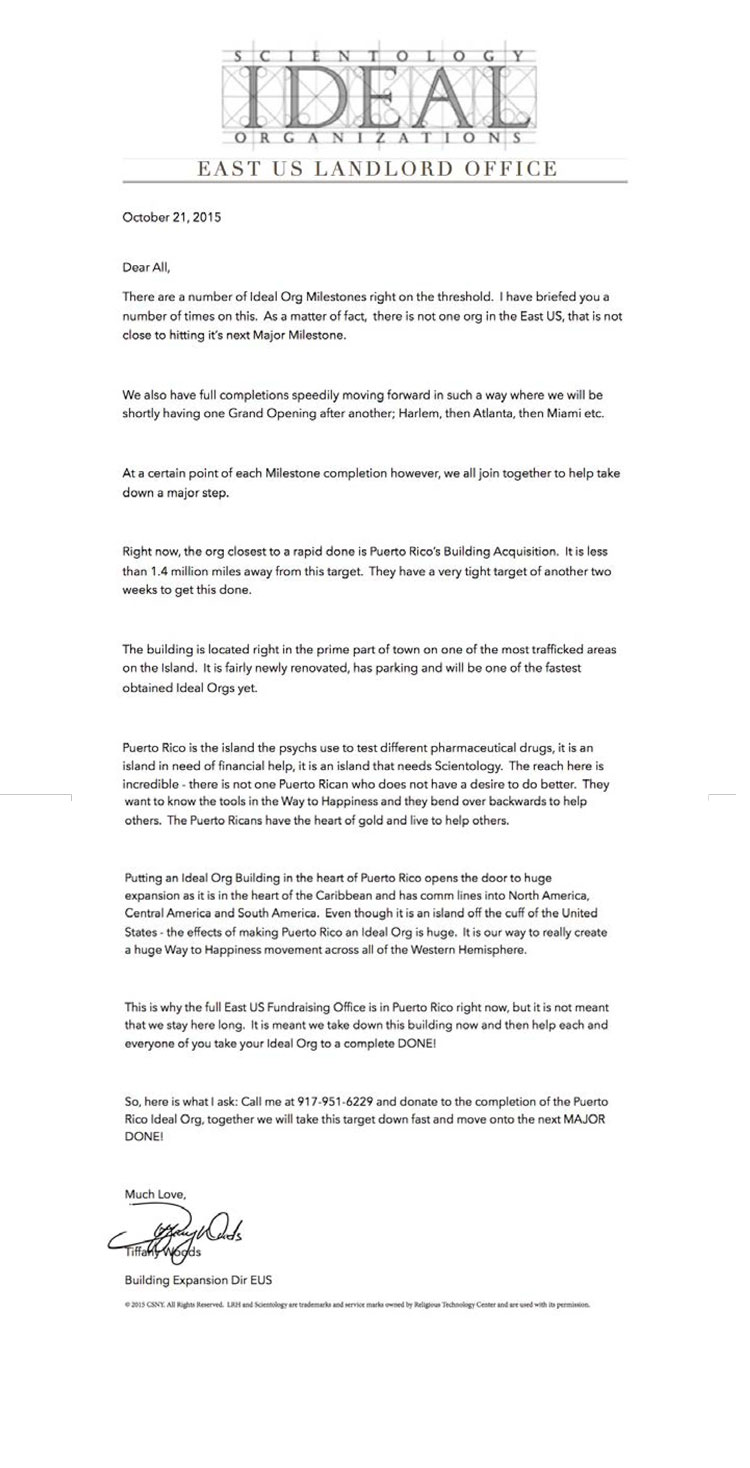